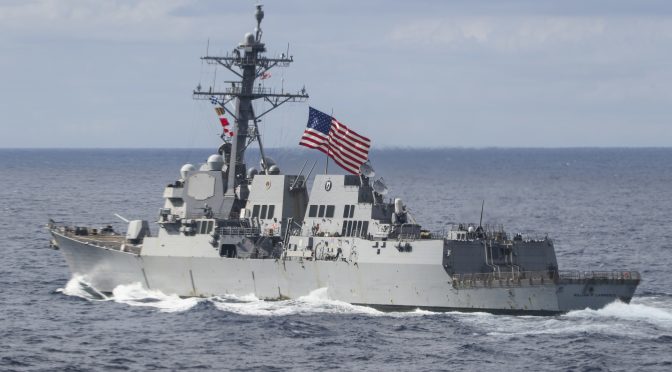 There are far too many Junior Officers (JOs) aboard ships. Around 2000-2001 the Surface Navy began to put double or even triple the number of ensigns onboard ships. For a DDG-51-class destroyer, instead of having 4–5 ensigns, they would have 8–10 or even more. On larger ships such as cruisers or amphibious ships the numbers could be even higher.

Having too many JOs onboard a ship means many do not get the needed experience for when they become department heads and commanding officers. As a result, during their division officer tours, JOs were getting far less time learning how to make independent decisions on the bridge and in the CIC. If a junior surface warfare officer doesn’t develop proficiency at driving a ship, understanding all the instruments they have available, and coordinating with and utilizing the CIC, then they will have a much more difficult time developing those skills later in their careers. Now those original excess JOs are the current generation of surface ship COs and XOs.

There are far too many internal requirements. It is already known that the Surface Navy’s operational tempo is crushing, but a significant increase in mission area requirements within the lifelines of the ship itself also impacts operations. Navy surface ships are required to do far too many certifications, inspections, and qualifications, and with too few Sailors the ship as a whole has less time to effectively train and earns less experience in all mission areas to include seamanship and navigation.

At roughly the same time ships were getting more JOs they also received three additional mission areas that added significant strain to an already overloaded set of requirements. Specifically, all Navy ships added Anti-Terrorism/Force Protection after the USS Cole bombing and 9/11, a few years later certain DDGs began adding Ballistic Missile Defense (BMD), and more recently all have added cybersecurity. All three missions require significant calendar time for the crew and impose additional requirements for leaders to learn. Put another way, using rough numbers and dropping areas that have minimal impact on the entire ship, the Anti-Terrorism/Force Protection, Ballistic Missile Defense, and cybersecurity mission areas have added roughly 20 percent more requirements to the workload of a U.S. Navy BMD destroyer.

While these missions have real value, their introduction was not matched by a corresponding offset of other requirements, inhibiting the crews’ abilities to develop real proficiency in not only those three new mission areas but all others as well. By failing to adjust the risk calculus as it is reflected in the mission areas and requirements assigned, the Navy only incurred more risk.

All of the mistakes made on the Fitz and McCain could and should have been mitigated by an experienced crew of officers, including the JOs on the bridge, the department head and JOs in CIC, and the XO and CO. But both the COs and XOs of Fitz and McCain were the products of having too many ensigns aboard and suffocating internal requirements that demanded significant increases in focus, time, and training when there was zero to spare. While this doesn’t necessarily point to direct causation of those fatal collisions, these two problems significantly contributed to the Fitz and McCain disasters and risk the systemic atrophy of the Surface Navy as a whole.

Matthew Harper, Commander, U.S. Navy (ret.) was a Surface Warfare Officer who served on three DDG-51 class destroyers, USS Cole (DDG 67), USS Shoup (DDG 86), and most recently as Executive Officer on USS Curtis Wilbur (DDG 54). In addition to performing three days of damage control after a terrorist attack on USS COLE, he holds a Masters in Public Administration from Harvard Kennedy School and is an award winning author for “Chinese Missiles and the Walmart Factor,” published in the U.S. Naval Institute Proceedings.