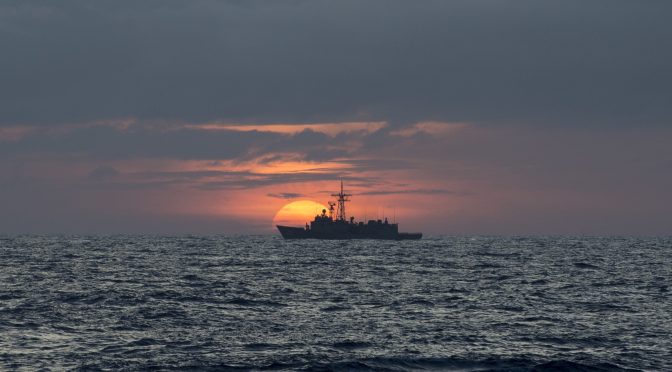 This week CIMSEC will be featuring articles sent in response to our Call for Articles on bringing back sea control. Below is a list of articles and authors that will be featured during the topic week and could be updated as prospective authors finalize additional submissions.

New Forms of Naval Operational Planning for Earning Command of the Seas by Bill Shafley
Sea Control at the Tactical Level of War by Adam Humayun
Bringing Back Sea Power from the Deckplate on Up by Olivia Morrell
For Sea Control, First Control the Electromagnetic Spectrum by Damien Dodge
The Nature of Sea Control and Sea Denial by Dr. Ching Chang
Merchant Warships and Creating a Modern 21st Century East Indiaman by Steve Wills
Fighting For Sea Control in the Next War by Lars Wedin
Adjusting to New Conditions for Command of the Seas by Theodore Bazinis