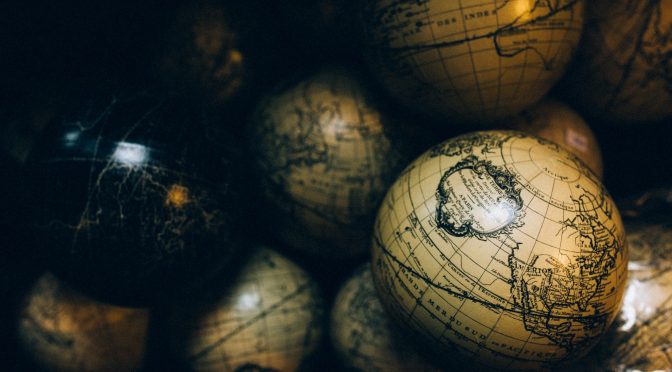 This article originally featured on The Navalist and is republished with permission. Read it in its original form here.

The United States has been operating without a Grand Strategy for nearly 25 years. First, it was essentially on auto-pilot in the immediate aftermath of the collapse of the Soviet Union (the grand strategic endstate of containment) and then post-9/11 it became tactically oriented in reacting to global terrorism. Over the past 16 years, a flux in the distribution of power internationally has begun as the United States has relied on coercive force in an attempt to manage terrorist capacity and its gap in power is not guaranteed to be sustained without a strategy to do so. Great powers rise and fall because, over time, they tend to choose policies which accelerate the balancing dynamic of other competing states. Today, while the United States remains the leading state in an imbalanced global system, traditional realist theory suggests that international systems tend toward balance and we should expect a turn to a multipolar world. The National Intelligence Council’s January 9th released quadrennial Global Trends Report suggests a similar conclusion.

This is not preordained, however, if U.S. policymakers were to return to leveraging true American strength. The United States is still a relatively young Great Power and can choose policies that can stretch its advantages. Thus, while actors will balance against it, the United States can remain preponderant for some period of time. This is because it enjoys its position as a foundational power, rather than a coercive power. The majority of the world benefits from the foundations that have been laid in the aftermath of the Second World War and, therefore, there is significant incentive to buy-in and work within the current American-led incentive structure–most states are rewarded by the imbalance and thus it is not the driving force that traditional analysis suggests. This gap in power is tolerable to a majority of state and non-state actors because it is leveragable by them.

However, perpetuating an imbalanced system where the U.S. remains the foundational power will not sit well with actors like China, Russia, Iran and a few other revisionist actors. Indeed they are all working hard to challenge the current system to make their own rules and pursue their own interests.

Yet the incoming administration may have an opportunity to fundamentally reorient the pieces on the grand strategic chessboard, and perhaps retain a position of strength that has been ebbing over the past few years. It appears that the President and his team are open to a different view of Russia as a great power. They seem amenable to Mr. Putin’s realist view of the world, and his naked pursuit of Russian interests.

At the same time, Mr. Trump’s comments about Communist China, and his apparent willingness to rethink America’s “one-China” policy seem to indicate that on some instinctual level, Mr. Trump considers the PRC to be a greater threat than Russia. On that matter, he is probably correct. Russia is essentially a vulnerable great power heading in the wrong direction. Communist China, on the other hand, while facing its own internal inconsistencies, has the capacity to challenge the United States in terms of economic, military and political power.

Quite simply then, the new Administration may be in a position to reverse the realignment of the Nixon era (but in Nixonian fashion) and enter into a tacit alignment with Russia as a geopolitical balance against Communist China, thereby sustaining the imbalanced system. There are a number of reasons why this might be advantageous to both the United States and Russia, but we should acknowledge up front that it will not come without significant cost. And this is not the mere “reset” that was recently attempted. In geopolitical terms, this is effectively bringing Russia into the western orbit.

The core unknown is whether Russia can be a satisfied great power in an imbalanced system? The answer is possibly yes, if its status is based on seats at the table of global governance, it is convinced that it is not susceptible to outside aggression or collapse, and that its particular form of domestic governance can persist.

Russia is a weakening great power on its current course demographically and economically. A new relationship would have to emphasize that there is a fundamental benefit to Russia of leveraging U.S. foundational power, rather than risking the cost of opposing U.S. coercive power. Russia should understand that challenging that coercive power would lead to its swifter demise. It lost the first Cold War and the U.S. can actively isolate it again and turn the energy (oil price) weapon against it if the Russians want to challenge the U.S. This is not a containment for containment sake argument, but rather an invitation to Russia to become a western power coupled with a hard power argument of the consequences that would follow from not accepting the invitation. What needs to be made clear is that the Russian hope of undermining western institutional legitimacy will not be tolerated anymore, but that there is an alternative to competition. This is a “tough love” message, but one in which Mr. Trump and his Secretary of State designee Rex Tillerson may be uniquely qualified to deliver.

In order for this to happen, Mr. Trump will have to convince Mr. Putin that Russia has a “losing hand” as it were, and that Communist China is a greater long term threat to Russia than the United States or the west. Russia is currently under severe economic sanctions from the west due to its invasion of Ukraine and seizure of Crimea, and while Mr. Putin remains popular for now, even he knows that the Russian people will not tolerate for long growing economic depravity. Mr. Trump can effectively say, “I can get you out of this mess.”

And indeed there is growing concern even within Russia of China’s overt interest in the sparsely populated, but resource rich Siberian expanse. The Russian people are intimately familiar with several thousand years of history, to include numerous invasions from the Asian steppe hordes. Of course in recent history, Communist China attacked the Soviet Union in 1969. Russia is beginning to note the frequency with which Communist China now talks of reclaiming the territory lost during its “Century of Humiliation” – much of that territory being taken by Imperial Russia. (This includes the city of Vladivostok which was ceded to Russia by Imperial China in 1858.)

Can a Trump Administration conduct a strategic realignment with Russia? While the West will be under pressure to “negotiate a deal” likely involving forswearing further NATO expansion or the integration of former Soviet states into the EU, it should resist this temptation. Remember, Russia has a losing hand in this relationship, and is contracting both demographically and economically. Rather, Mr. Trump has to convince Mr. Putin that any lifting of sanctions will be followed by American investment which would effectively “stop the bleeding” in Russia. However, there would be no rollback on NATO – the Baltics and Eastern Europe are not going to be discarded. One clear question is the motivations of Mr. Putin: does he want Russia to retain global recognition as a great power and will cut a deal to do so, or is he too much a product of his KGB legacy and sees the “West” as an unremitting enemy with which no deal is safe? He will recall promises of the 1990s that were not kept, so trust building will be essential. The choice of Mr. Tillerson as Secretary of State could be critical in establishing that trust.

For the United States, bringing Russia into a Western orbit could provide significant advantages. First, it diverts the PRC’s attention back to its 2,600 mile long border with Russia. This will require the PRC to reconsider its reorganization of the People’s Liberation Army (PLA), perhaps away from building a power projection force back to a land-oriented border protection. And the PLA still relies largely upon Russian designed and supplied military equipment, which would hopefully be curtailed or stopped.

Second, it advances the goals of the United States relative to India and Vietnam, who also maintain a friendly relationship with Russia and heavily relies on Russia as a military supplier. India has historically been non-aligned, though friendly to the former Soviet Union/Russia. A rapprochement between the U.S. and Russia relieves a source of tension with Vietnam and India, and opens the door for an alignment between the world’s two most populous democracies and a former war enemy of China.

Third, it does permit the U.S. and Russia to resume and enhance counter-terrorism relationships. It may even open opportunities for the United States and Russia to conduct joint operations in the Middle East against ISIS. To be clear, Russian insistence that the Assad regime remain in power would have to be dropped. However, the U.S. and Russia can probably find a mutually acceptable third party to rule in Syria over time

As of yet, there is no evidence that the incoming Administration is thinking along these lines. It would require a deft bit of diplomacy and “deal making” to convince Russia to throw its lot in with the United States as opposed to remaining the junior partner to the PRC (whether or not Russia realizes it is the junior partner is an open question). However, the warm words exchanged between the incoming Trump team and the Kremlin may be an opportunity. How unsubstantiated reports of deeper campaign Trump-Kremlin ties will impact moving forward is unknown, but in a world in which perception is reality, a President Trump would now have to pursue such a realignment strategy more openly than Nixon did with China. If they could pull it off, future relations with Communist China could look very different than the current trajectory it is on right now.

To quote Star Trek VI, there is an old Vulcan proverb that “Only Nixon could go to China.” Well, perhaps “only Trump could go to Russia.” We shall see if he can seize this opportunity.

LT Robert “Jake” Bebber USN is a Cryptologic Warfare Officer assigned to the staff of U.S. Cyber Command. He holds a Ph.D. in public policy from the University of Central Florida and welcomes your comments at jbebber@gmail.com.

Professor Richard J. Harknett is the former Scholar-in-Residence at U.S. Cyber Command and currently an inaugural Fulbright Scholar in Cyber studies at University of Oxford, United Kingdom. He can be reached at richard.harknett@uc.edu.

The opinions expressed here do not reflect those of the Department of Defense or U.S. Cyber Command. The authors offer an academic-based explanation for possible policy change, rather than personal advocacy or rejection of any possible policies.