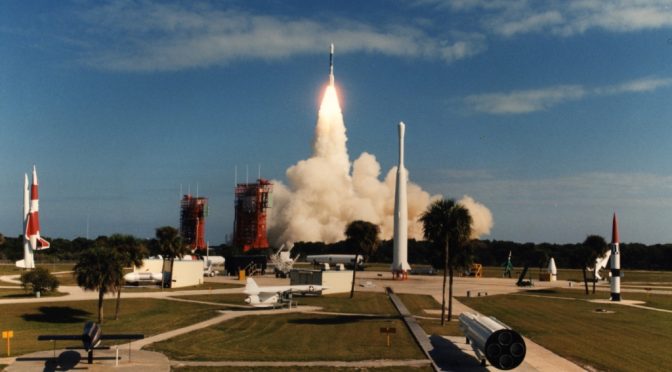 Part three concludes the series and completes the circle with a relook on how America (through the Space Force) can mitigate instability and strengthen stability in space, while prolonging U.S. space preeminence into the 21st century.

Challenges for the Space Force

Preeminence Puzzle. As the guarantor of the global economy and provider of security, stability, and leadership because of its powerful military and vast network of allies and partners, the United States delivers global public services that others cannot. Thus, there is a strong need going forward for a comparable guarantor of the freedom of space to ensure the free flow of space commerce. If so, just as maritime preeminence is necessary to guarantee the freedom of the seas, so too is space preeminence needed to guarantee the freedom of space. The puzzle for American policymakers is whether it may be more cost-effective to invest now and maintain space preeminence or pay more later to make up for diminished space capabilities and capacities while accepting greater strategic risk in the interim and possibly ceding space preeminence to strategic competitors like China (and Russia) in the long term. If the former, then the answer to the puzzle is the Space Force, whose preeminent presence – enabled by a vast network of allies and partners – guarantees the freedom of space and ensures the free flow of space commerce for all.

Domain Dilemma. America fundamentally has two space deterrent and response options – threaten to respond (or actively respond) in the same domain, or threaten cross-domain retaliation to underwrite the deterrence of attacks on U.S. space capabilities (or respond across domains as retaliation). The scope, nature, and degree of these two courses of action must ultimately strike the delicate balance between the need to demonstrate the willingness to escalate and the imperative to not provoke further escalation in order to maintain space stability. The dilemma for the United States is where, when, and how best to deter; and if deterrence fails, where, when, and how best to respond. The Space Force lessens the dilemma by providing a flexible and capable deterrent and response force to keep the common peace.

Reliance/Resilience Riddle. Enhancing and securing space-enabled services is essential to U.S. national security, a daunting task considering that space has become more and more “congested, contested, and competitive,” less and less permissive for the United States, and increasingly disproportionate in reliance on space capabilities and vulnerable to growing attack vectors. The riddle for America is how best to manage the dichotomy between reliance and vulnerability through resilience. The Space Force tackles the riddle by better and more informed management of and advocacy for mission-focused space requirements to enhance and protect U.S. critical capabilities in space.

Offensive Counter-Space (OCS) Conundrum. Space warfare is intrinsically offense-inclined due to the vulnerability, predictability, and fragility of space assets. Ever-increasing OCS capabilities are able to threaten and destroy space systems. The latter can be destabilizing (warfighting capability) or stabilizing (deterrence) depending on one’s perspective. Hence, the conundrum for the United States is not whether or not to possess OCS capabilities, but how best to use them to deter and retaliate if deterrence fails. The United States must consider what type, how much, and to what extent should OCS capabilities be publicly disclosed, and how to leverage the existing international legal framework and accepted norms of behavior to manage them without constraining or hindering one’s own freedom of action. OCS capabilities continue to grow in number and sophistication driven by the “offense-offense” and “defense-offense” competition spirals. OCS developments to defeat defensive counter-space (DCS) measures drive further OCS developments for fear of falling behind in offensive capabilities and encouraging a first strike by an adversary, while DCS developments to mitigate OCS measures drive further OCS developments to remain viable as deterrent and offensive tools. The Space Force addresses the conundrum by providing a strategic framework to better direct and synchronize OCS and DCS operations (balanced management).

Opportunities for the Space Force

Sustain and Enhance Space Preeminence. Just as maritime preeminence is necessary to guarantee the freedom of the seas, so too is space preeminence needed to guarantee the freedom of space. To do otherwise invites strategic misalignment and  miscommunications and encourages strategic competitors to further advance their counter-balancing efforts. Put simply, if the United States does not preserve its current strategic advantages in space through a Space Force, a rising power like China may gradually eclipse America as the preeminent power in space which will have cascading strategic ramifications on Earth. Recall that China already has a Space Force – the People’s Liberation Army Strategic Support Force.

Develop Cross-Domain Deterrence Options. Deterrence across the interconnected domains may offer the best opportunity to deter attacks on U.S. space capabilities, and if deterrence fails, retaliate across domains to deter further attacks. Prudence then suggests the need for some level of active planning prior to the onset of increased tensions and hostilities. American policymakers and defense planners should have on hand a broad set of potential cross-domain responses to the threats of space attack or the space attack itself for timely execution by the Space Force.

Strengthen Space Governance. Since the elimination of OCS capabilities is unlikely, attention and efforts should be placed on managing them instead. The extant international legal framework and accepted norms of behavior offer some ways and means to reduce OCS capabilities to a manageable level, restrict their proliferation, and establish constraints and restraints on their employment. Space powers should review the existing international agreements (treaties) and legal principles, and determine what additional conventions or provisions are needed to set the acceptable limits of OCS capabilities. This can include efforts to establish confidence building measures to include verification, and limit the possession of OCS capabilities to select space powers and out of the hands of space “pariah” states (North Korea and Iran) and undesirable non-state actors (terrorist, criminal, and business groups). The Space Force, dedicated and committed to monitoring and checking emerging threats in the space domain, will better inform U.S. policymakers and diplomats as they navigate the legal and diplomatic minefields to establish new international agreements to further universal space stability and safeguard U.S. national interests.

Continue to Increase Resiliency. Strengthening the resiliency of the U.S. national security space architecture may offset the offensive inclination of space warfare by lessening the vulnerability and fragility of space assets, assuring retaliatory capabilities, and denying the benefits of OCS operations. Hence, three suggested resilience lines of operations for the Space Force can include building up space protection capabilities to decrease the vulnerability and fragility of high-value space assets by presenting more targets, hiding targets and maneuvering targets, and ensuring mission continuity in a disrupted space environment.

Continue to Expand Partnerships. The extant strategic guidance calls for building enduring partnerships with other space-faring nations, civil space organizations, and commercial space entities to share benefits, costs, and risks. Strategic guidance also encourages efforts to strengthen existing alliances through increased cooperation across the various space sectors, spreading space services reliance to others, and providing greater space deterrence and stability through collective defense. That being said, partnerships also carry with them opposing risks and concerns. Risks include the unpredictability of horizontal escalation and greater potential damages and unintended consequences. Concerns center around autonomy, operational security, legality, and the interoperability of disparate space systems. All things considered though, the benefits outweigh the costs, risks and concerns are manageable in varying degree, and partnerships can ultimately be a stabilizing influence if done right. The Space Force, where the rubber meets the road, can help get it right. The Space Force will ultimately be where the preponderance of the complex working relations between allies and partners will be managed on a day-to-day basis. Future U.S. space leaders (military and civilian) and foreign counterparts will now have intersecting careers paths (touchpoints) to meet and cultivate enduring friendships that will translate into deeper international collaboration.

All major space-faring nations increasingly rely on space capabilities, but none more so than the United States. America presently has a lot more to lose, and therefore must take all necessary measures to protect its critical strengths in space and preserve its economic prosperity on Earth. Hence, to direct and guide the new Space Force, U.S. policymakers must develop a new space policy and strategy to sustain and enhance U.S. space preeminence in accordance with the new muscular National Security Strategy and National Defense Strategy. Otherwise, America risks losing in space and consequently losing on Earth.

Tuan Pham has extensive professional experience in the Indo-Pacific, and is widely published in national security affairs and international relations. The views expressed are his own.

2 thoughts on “The Space Force Needs Policy and Strategy, Part 3”