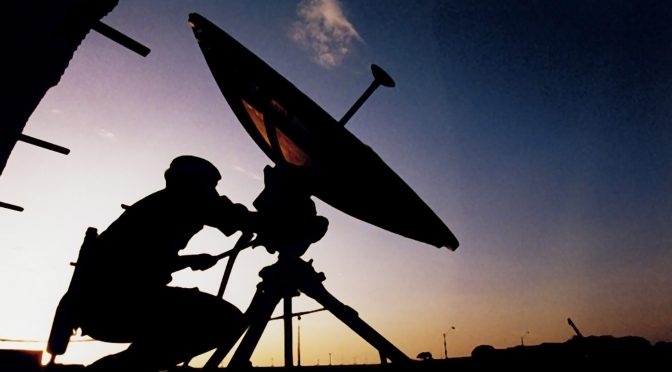 Part two will now take a step back for strategic context and re-examine a conceptual framework characterizing the dynamics that contribute to instability and stability in the space domain. The dialogue will set the conditions for further discussion in part three on how America (through the Space Force) can promote stability, while prolonging U.S. space preeminence into the 21st century.

Instability arises when there is a real or perceived lack of order and security, and unbridled strategic competition for space preeminence.

Competing Space Powers. For now, America is the preeminent space power that enjoys unprecedented and unrivaled national security advantages (and dependencies) derived from its space capabilities. Other space powers and strategic competitors like China (and Russia) have long taken notice and actively continue the development of significant capabilities to erode the U.S. strategic advantages in space and to protect their own growing reliance on space capabilities. They regard the freedom to use space-based systems and deny the adversary access to space-based systems as fundamental to enabling modern warfare. For Beijing especially, space preeminence is necessary if they are to achieve and maintain aspirational global preeminence (the Chinese Dream).

Space-Terrestrial Preeminence Linkage. Strategic competitors are also acutely aware of U.S. terrestrial preeminence enabled by U.S. space preeminence, and see an opportunity to undercut the former through the latter. Of particular concern is a rising China, who appears to be asymmetrically targeting dominant American warfighting capabilities and exposed dependencies on space assets. This is problematic for the United States who has more vulnerable high-value space assets and is more reliant on space capabilities than the other space powers and strategic competitors. Therefore, U.S. deterrent or response actions limited to just the space domain where the stronger power has more to lose than a weaker power may not be practical.

Offense-Inclined Nature of Space Warfare. Ambiguous indications and warning, attack attribution, and battle damage assessment; uncertain resiliency and assured retaliation; and vulnerability, predictability, and fragility of space assets give the operational and tactical advantages to the attacker and increase the strategic temptation to attack. Hence, offensive counter-space (OCS) capabilities are attractive options for a weaker power because they offer asymmetric means to undermine the terrestrial preeminence of a stronger power by exploiting its reliance on enabling space capabilities.

Destabilizing Partnerships. Exclusive enterprises can be perceived by excluded parties as indirect efforts to isolate and undermine them. Case in point is how Beijing perceives the new National Security and Defense Strategies, Free and Open Indo-Pacific Strategy, Trans-Pacific Partnership, Shangri-la Dialogue, ongoing Sino-U.S. trade war, and other U.S. efforts to strengthen and expand the principled network of economic and security relationships. To a certain extent, this offers China validation for strategic narratives regarding its regional assertive actions and its sense of aggrieved historical victimhood.

Stability arises when there is a real or perceived sense of order and security and universal acceptance that “space is big enough for everyone and it is in everyone’s best interest to keep it free for exploration and use by all.”

Stabilizing Partnerships. The ubiquitous benefits of space affect the everyday lives of people around the world. Multinational corporations are collaborating more and more in space. They see vast business opportunities for shared profits and shared costs in the lucrative areas of space situational awareness, scientific exploration, commercial ventures, and space tourism. In the geopolitical realm, inclusive enterprises share risks and promote mutual trust and cooperation amongst the parties involved. If all share the same risks, then a space attack on one is a space attack on all.

Common Space Dangers. There are over 60 nations and government consortia that own and operate satellites. All of whom share the same domain, a common interest in stability, and a desire for free access to space for all.

Space debris accumulated over seven decades of space activities impacts current and threatens future space operations and activities. The U.S. military tracks approximately 22,000 “man-made” objects in addition to the 1419 active satellites. Nonetheless, there may be as many as hundreds of thousands of additional pieces of debris that are too small to track with current sensors. There is also an increasing global awareness of potential catastrophic space threats (asteroid, solar events, cosmic radiation, etc.) and a growing interest for global contingency planning and preparedness.

Space Deterrence. Many space strategists view deterrence through the doctrinal lens of imposing costs, denying benefits, and encouraging restraint to deter or make a potential adversary believe that starting a war or escalating a conflict would be worse than not doing so.

Deny benefits. A resilient space architecture may be able (in varying degree) to blunt the effectiveness of OCS capabilities and offset the offense-inclined nature of space warfare by lessening the vulnerability space assets. This would help reduce the temptation for a first strike, and assure a second-strike capability, thereby creating more dynamics for deterrence.

Encourage restraint. Uncertain consequences in terms of second- and third-order effects and uncontrolled escalation may give pause to the attacker and possibly decrease the temptation to attack. A space attack can inadvertently impact the attacker as well in terms of degraded or lost global services, space debris, political costs, and indirect economic costs.

Space Governance and Managing the Peace. An existing body of international agreements (treaties) and legal principles forms a framework of accepted norms of behavior for the space domain. However, more diplomatic and legal conventions are still needed to manage the constantly evolving landscape in space. More is to be desired, particularly in the areas of space debris, space traffic regulation, resource exploitation, OCS capabilities, arms control, and arms reduction.

This concludes a short discourse on a conceptual framework characterizing the dynamics that contribute to instability and stability in the space domain. The dialogue sets the conditions for further discussion in part three on how America (through the Space Force) can weaken the former and strengthen the latter, while prolonging U.S. space preeminence into the 21st century.

Tuan Pham has extensive professional experience in the Indo-Pacific, and is widely published in national security affairs and international relations. The views expressed therein are his own.