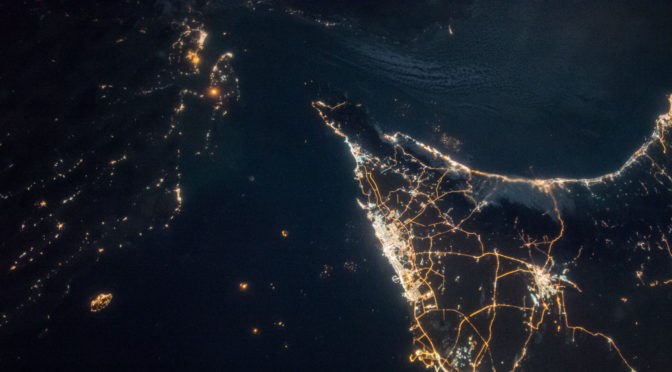 The U.S. Marine Corps University’s Brute Krulak Center for Innovation and Creativity is partnering with CIMSEC to launch the first Call for Articles of Project Trident and solicit writing on the impact of strategic chokepoints and littorals on future international maritime security. The Krulak Center facilitates and encourages novel solutions to current and future warfighting challenges to expand the Corps’ competitive edge, and serves as a research support center and incubator of academic innovation.

The importance of the world’s vast oceans is magnified in the littorals and several strategic chokepoints. There are many critical chokepoints around the world that potentially could play an outsized role in strategic competition between world powers or in actual wartime. Littorals are an increasingly important zone of potential competition or conflict due to advanced technology being available to more and more states, and even non-state actors. Piracy and terrorism combine with technological proliferation to complicate commercial enterprise and defense planning for every nation as the littorals become more crowded and ships become more vulnerable.

Considering the evolving global economy, technological proliferation, and the re-emergence of great power competition, how may states and non-state actors operate within strategic chokepoints and littorals to protect their interests or impose their will against rivals and potential aggressors? How may conflict and coercion within strategic chokepoints and littorals affect the global maritime commons and impact freedom of navigation? How may regional and global actors take action to shape outcomes in these crucial spaces?

Authors are invited to answer these questions and more as we ponder the evolving nature of security within strategic chokepoints and littorals across the globe. Send all submissions to Content@cimsec.org.

Valerie Jackson is the Director of the Brute Krulak Center for Innovation and Creativity, and has more than 26 years in federal service, principally as a United States Marine. Before coming to the Krulak Center in July 2019, she was an arbitrator in Dallas, Texas. Her areas of expertise include conflict management and resolution, civil-military operations, international relations, and strategic studies. She has led and commanded Marine units throughout her career, and has spent time as an instructor at the Marine Corps Civil Military Operations School and as the senior editor and field historian for the Marine Corps History Division.

Featured Image: September 19, 2016. A night view from the International Space Station of the southern Persian Gulf, centered on Dubai and Abu Dhabi. (NASA)