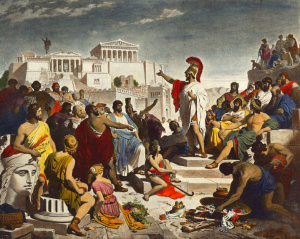 The conversation covered a series of issues familiar to Americans interested in national defense: sequestration, perceptions of US decline in the international system, and strategic priorities, among others. What interested me most, though, was what seemed to me an agreement between these distinguished speakers regarding the relationship between civil society and national defense. General Barno perhaps put it best: “The consensus on defense has been lost.”

General Barno meant that while a large part of political society in the United States believes that America should continue to pursue a preeminent military force, that view doesn’t reflect the will of the broader electorate as it once did. Why is this important?

The uncertainty regarding future defense spending – and the strategy driving said spending – won’t be resolved before the November elections. Much work will likely occur, therefore, between November and the sequestration deadline. Beyond the spending issues, though, defense proponents should consider this question: how do we affect the discourse regarding America’s role in the world and the military’s contribution to that role? Certainly both the civilian government and senior military leaders play an important part in this dialogue, but what about junior officers, senior enlisted leaders, and interested citizens? We all know voters: they are our friends, families, and co-workers. They value our opinions. Why don’t we voice them?

What’s clear to me is that I for one have taken America’s belief in a strong national defense for granted. Perhaps we have forgotten the importance of returning to first principles from time to time. Why do we have a military? What is our military meant to achieve? In what different ways can we achieve those ends? In a democracy, these questions are never – and should never be – fully settled.

We should not view the task of telling the defense story with reluctance or disaffection towards the wellspring of American power, the people. We have a continuing obligation at all levels to communicate a clear message to the American public about the importance of spending their tax dollars towards the application or threat of violence. We cannot assume that Americans are simply fatigued from a decade of war and that they won’t listen. We cannot yield to a widening of the civil-military divide.

There is at least some good news: looking at the world today, there is no shortage of evidence to justify a robust American military. Returning to first principles can work. But to win the narrative of national defense, we need to talk beyond ourselves and reach out to those who have doubts and questions. The people who read this blog and others like it have expertise, passion, and most importantly, a voice. Those voices shouldn’t be silent. 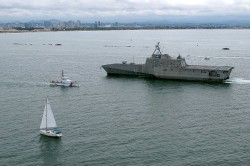 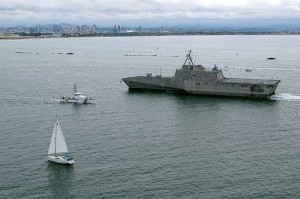