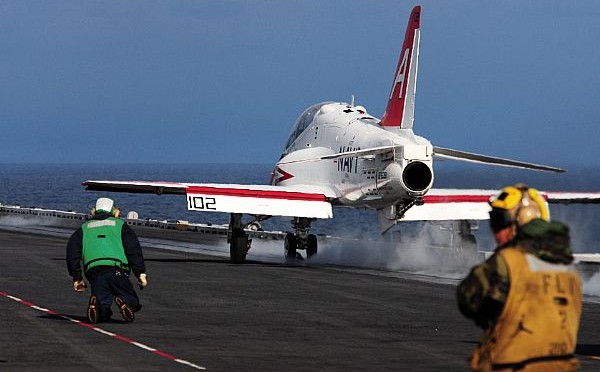 U.S. Navy Surface Warfare Officers have a Napoleon complex. The community is often described as inherently self-conscious and hyper-competitive. Though SWO’s often sell themselves short, in reality, they are in the highest demand at all levels of our service and throughout the joint world. Commanders want Surface Warfare Officers because they can be counted on to get any job done – regardless of past experiences or training. The community can be a meat grinder, and those with upward mobility possess well-earned street credibility. How do they get to that point, though? In Part 1 of this series, we compared the training pipeline, billet structure, and shipboard priorities of the Surface Warfare Officer and Royal Navy Warfare Officer communities. Now let us delve into the mysterious world of the Fleet Nugget. This piece will compare the products that the Naval Aviation, nuclear, and conventional Surface Warfare communities deliver to the Fleet on Day One.

Surface Warfare Officers and Naval Aviators – the Jets and the Sharks. While there is no more fearsome combat team in the world, the communities are notorious for their sibling rivalry. Though we train fiercely to integrate our forces and work extremely well together to the detriment of the enemy, the professional blueprints of each community are oceans apart.

A Nugget is a first-tour Naval Aviator or flight officer, especially applicable during their first deployment. The origin of the term absolutely belongs to aviators, but it does have cross-over appeal, and its connotation paints a faithful picture of a new officer in his first unit, regardless of designator. The general insinuation of the term is that the officer has little to offer their unit and must be taken under someone’s wing – pun intended. Is an F/A-18 Nugget equal to a SWO Nugget, though? What does each community really provide to their Fleet Squadrons and ships when they deliver a new batch of officers?

Student Naval Aviators in the Advanced Strike pipeline spend approximately two years learning everything from aerodynamics and physiology to air combat maneuvering and carrier qualification. During the training pipeline, they spend nearly 250 hours in the air testing their skills on three different airframes and refine those skills over the course of 75 simulator hours. Earning one’s Wings of Gold does not spell the end of training. The new Naval Aviator’s final stop before hitting the Fleet is the Fleet Replacement Squadron, where they perfect their art in their assigned airframe, spending another 175 hours in the air and in the simulator. When a Naval Aviator executes his orders to his first fleet squadron, he has spent at least 500 hours in hands-on training scenarios.

What is expected of a new Naval Aviator? What do wings mean on Day 1? Wings only come after an officer has demonstrated that they are able to meet a well-defined standard. When seasoned pilots accept a Nugget into their ready room, they see a pilot who can safely operate their aircraft, manage their respective mission and flight administration, and serve as a competent and safe wingman.

Aviators are well-trained before reporting to the Fleet and we have established the practical meaning of wings. What is the true nature of the product, though? On Day 1, the Naval Aviator Nugget will already have demonstrated proficiency at landing aboard a carrier during day and night operations. During his initial weeks in the squadron, he could be entrusted to conduct mid-air refueling, air-to-ground strike, strafing, and close-air-support missions, carrier qualifications, or high-value air-asset escort duties. With these baseline skills, the new aviators are immediately useful to their squadrons and are able to jump into the rigorous Strike Fighter Tactics Instructor-lead curriculum.

Like aviators, Nuclear Surface Warfare Officers also use the train-to-qualify method. After they complete a conventional division officer tour, they spend 6 months at Nuclear Power School where they master advanced mathematics, chemistry, physics, and nuclear theory. This school is widely acknowledged as the most demanding academic program in the U.S. military. They continue their pipeline with an intensive 6 months of hands-on watch-standing training and examinations at one of two Nuclear Power Training Units, or Prototype. Their community’s methods are known internally as the “Gold Standard.” This standard is rigid, unquestioned, and unabashedly enforced. When an officer graduates Prototype, they report to their aircraft carrier as a proven, and more importantly, qualified watch-stander. Shortly after reporting, a SWO Nuke Nugget earns their platform endorsement and re-qualifies on their ship as a Plant Watch Officer, immediately contributing to their department’s watch organization while also leading their respective division.

Newly commissioned Surface Warfare Officer candidates notionally attend an 8-week course known as the Basic Division Officer Course, or BDOC, prior to reporting to their respective ships. Keeping with the community’s focus on generalists, BDOC covers a wide-range of topics, including: basic damage control, Navy pistol qualification, basic SWO engineering, Maintenance University, maritime warfare, division officer leadership and fundamentals, basic navigation, seamanship, and ship-handling. Students take numerous exams and are held to the community standard of a 90% passing grade on their Navigation Rules (Rules of the Road) exam. It is a demanding school and was established to rectify the absence of any such schooling that existed for nearly a decade. During their time at BDOC, the ensigns spend 24 cumulative hours in the ship-handling simulators where they get a taste for everything from pier work to harbor transits and man-overboard recoveries. 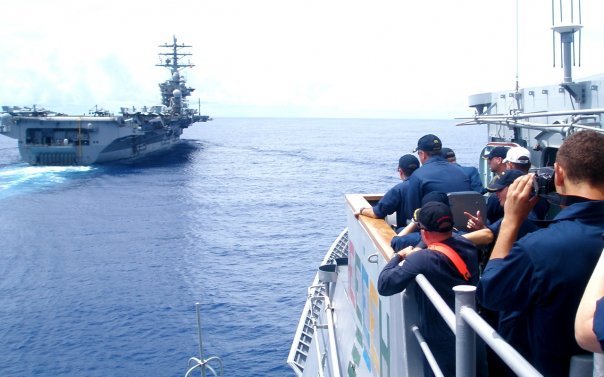 After graduating BDOC, our SWO Nuggets report to their ships and take over their first divisions. Unlike their aviator brethren, they do not wear a warfare pin when they report to the Fleet, nor do they possess any watch-standing qualifications. What then is the product that we are delivering to our ships? Our new ensigns – our Nuggets – are confident leaders and are capable of taking over the responsibility for people and gear from the get-go. They board their ships with a basic familiarization with shipboard systems, service policies, and standard commands (used to drive a ship). SWO Nuggets are not qualified to stand watch on their own, much less to lead an entire watch team, but they are prepared to step onto the bridge and take over as a Conning Officer – learning the finer details of ship handling from their fellow junior officers, enlisted specialists, and the ship’s leadership. Though they are not flying a Hornet solo over Afghanistan, they are standing tall in front of their divisions, as well as on the bridge, issuing commands to the helm and engines of their billion-dollar warships, increasing their competency and savvy exponentially during every watch. 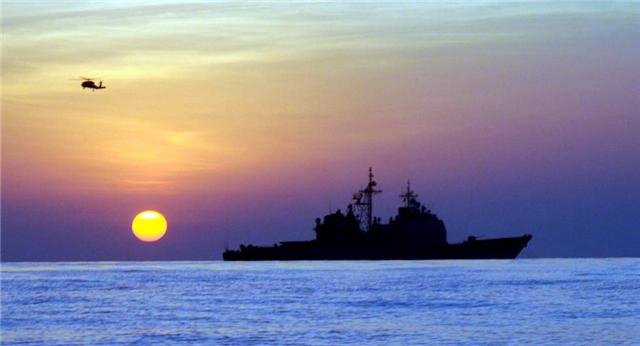 There is no doubt that the aviation and surface warfare communities have different demands, different priorities, and nearly polar-opposite cultures. An aviator must know what he is doing when he enters the Fleet, lest he crash his aircraft on the flight deck or drop his bomb on the wrong people. The Death-and-Destruction Factor is certainly relevant and is often used as an excuse for why Surface Warfare Officers do not have a similar training mindset. In other words, the argument is that young SWO’s can afford to be inexperienced because their mistakes are far less likely to cause catastrophe and because they operate with a safety-net of sorts made up of other watch standers. While I recognize the inherent danger of Naval Aviation, I disagree with this argument as a way to justify short-changing Surface Warfare Officer training. The culture and doctrine of the aviation community would not tolerate – much less conceive of – squadron skippers in the Fleet being burdened with building an aviator from scratch, yet our service puts that same burden on our ships’ captains, taking away from their crew’s overall combat-effectiveness. We are doing the world’s most fearsome warships an injustice. Surface Warfare Nuggets should report to the Fleet with know-how and qualifications, ready to drive and fight at the pointy-end from the moment they cross the brow. 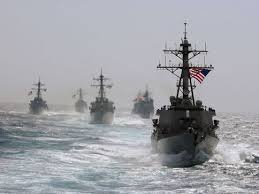 After comparing the lives, methods, and priorities of Royal Navy Warfare Officers, Naval Aviators, and Surface Warfare Officers, I want to take the opportunity in the final piece of this series to analyze where the SWO community is getting it right, and where we could improve, as well as put forth two proposals that would fundamentally alter how the community trains and operates. In an era where fiscal uncertainty, regional conflict, and increasing operational tempos reign supreme, we must put our very best on the front lines – our country and our crews deserve it, and our enemies must fear it.

Lieutenant Jon Paris is a U.S. Navy Surface Warfare Officer. At sea, he has served aboard both a destroyer and cruiser, in both Weapons and Navigation Department. Ashore he has served as a Navigation Instructor at the U.S. Naval Academy and as a Flag Aide. He is a prospective destroyer Operations Officer. His opinions and generalizations are his own and do not reflect official stances or policy of the U.S. Navy.