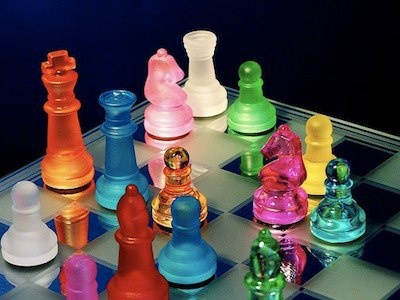 It can be lonely at the top. For the U.S., it’s lonelier than we might have expected.

In a recent piece for The National Interest, Paul Pillar recently argued for a more nuanced approach to the question of U.S. credibility and alliances. Pillar points out something that sometimes needs to be pointed out: the U.S., like any nation, makes alliances when it makes sense for its interests to do so, and does not (or at any rate, for its own sake, should not) pursue alliances when they serve no such interest. “An alliance,” Pillar writes, “does not do the United States any good merely by easing an ally’s worries. The United States is no one’s mother or therapist.”

Indeed it is not. Unfortunately, it does not matter. Easing an ally’s worries may, in fact, be a necessity, if not a benefit.

The U.S.’ relative military and economic power are waning relative to a rising China. Indeed, at least in the short run (over the long run China has troubles of its own that may check its geopolitical rise), the U.S. is going to have to contend with a China that is more assertive, more widely influential, and more powerful than before. The same now applies to Russia as well. In view of all this, and in particular in view of the U.S.’ fecklessness in the face of Russia’s ongoing takeover of Ukraine, U.S. allies have legitimate cause to question the U.S.’ relevance to them, at a time when the U.S. will need to retain its influence over them.

Historically, the way for a global hegemon to deal with a rising challenger was to build a coalition. The problem is that in the nuclear era, this is not really an option anymore – at least, not in the same way. There are at least three reasons for this.

1. We don’t want anyone else to have the power. In the first place, great power war is now something that has to be avoided at nearly any cost, because of the fear of a civilization-destroying nuclear war. As we saw in Ukraine, this means that whichever nuclear state moves to take territory first tends to get to keep it. But an even bigger problem is that, because nuclear weapons are seen as too dangerous to be allowed to proliferate horizontally and wind up in multiple hands, it is not really possible anymore to ask allies to do more. Japan, South Korea, Taiwan, the eastern European states, Saudi Arabia, and other states currently protected by U.S. alliances, guarantees, or soft assurances are all quite capable of defending themselves. Forced to do so, many of these states would choose to build nuclear arsenals; indeed, this is one of the few ways in which a state can meet a nuclear rival on equal terms and deter it. And the threat of a global nuclear arms race keeps the U.S. from telling these states to fend for themselves.

The U.S. historically had to persuade South Korea to abandon a nascent nuclear program; it also (famously, in the past few months) persuaded Ukraine in 1994 to give up its nuclear arsenal in exchange for now-worthless security assurances. More recently, claims by Saudi Arabia that it might have the means to acquire a nuclear arsenal were seen as a ploy to enlist more U.S. aid and reassurance in the wake of the initial nuclear agreements between the U.S. and Iran.

2. Everybody wants something for free. The problem is compounded by another feature of modern life, which is the sorry state of prosperous nations’ finances. The developed world – and this now includes China, ironically – is heir to a number of economic and socioeconomic realities that make it very difficult for it to wage a conventional war, and therefore for modern states – particularly small modern states – to defend themselves.

The states of the developed world have low birthrates, most of them below replacement levels. The geopolitical forecaster George Friedman notes in his book, The Next Hundred Years, that in developed and even developing economies, children are no longer a form of productive investment – having more children does not make one richer, and one might also note that in developed countries, where economic growth is subject to diminishing returns, providing a better future for one’s children requires more and more inputs the richer one already is. As Edward Luttwak has remarked, this makes military conscription a tough political sell and makes even professional militaries casualty-averse.

The developed states are also mired in debt of various kinds – national debts have reached critical levels, private household debt has exploded (in the U.S., it went up from 70 percent of GDP to almost 100 percent between 2001 and 2008 and has fallen back only to 80 percent since), and with aging populations (which will continue over a generation given the aforementioned low birthrates), these states also have soft obligations in the form of pensions, retirement benefits, and even just the moral obligations of private citizens to look after their parents. Most of these states already have, by historic standards, very high levels of taxation and government spending, and despite this (for all of the reasons just discussed) prefer to spend very little money on their militaries; there is therefore not a lot of slack capacity in the system.

The need to ameliorate the effects of the recent recessions, and prevent future ones, has caused governments across the developed world to suppress interest rates, further penalizing saving and investment that could drive future growth. Moreover, as Tyler Cowen has argued in his book The Great Stagnation, once an economy reaches a certain state, within certain constraints, growth slows down in any event as there are fewer available ways to increase inputs – slow growth may be the new normal. The will to build weapons and fight is not what it used to be.

The problem, therefore, is that even if the U.S. could skirt the nuclear proliferation issue and ask its allies to do more to protect themselves, the allies have an incentive to push the cost right back in the opposite direction.

3. People have other options. The hard truth is that, at least in the short run, for many U.S. allies, when faced with a choice between accepting another great power’s influence and putting up the funds to thwart it, paying for a stronger defense actually looks like the worse option.

Many U.S. allies are in fact ambivalent about belonging to a U.S.-led coalition, the more so now that the ideological conflict of the Cold War is over and there is less reason to pick a side. France historically (ever since De Gaulle) has held reservations regarding its participation in NATO operations in the event of a war, and is not part of NATO’s integrated military command structure. Virtually all of the U.S.’ European allies, each for their own reasons, spend below the 2 percent of GDP required for NATO membership on defense; Germany, most notably, has had to wrestle with post-World War Two war guilt and pacifism, and since World War Two has never been enthusiastic about maintaining, much less deploying, powerful armed forces. Since the Cold War all of the European states have become heavily dependent on Russian natural gas, to the point that trying to suspend gas purchases from Russia over Ukraine (or a few well-placed artillery shells in that conflict) would trigger a global financial crisis. Oddly enough, they seem to prefer it this way; even Poland, close to the front lines in any confrontation between Russia and the West, recently proposed a collective bargaining arrangement among EU states for Russian gas, which, while theoretically a move to strengthen European states as a bloc against Russia, in fact means a conscious choice to maintain an extremely close economic tie. Changing this state of affairs would require an expensive (again) construction effort to build liquefied natural gas facilities, something no one is in any hurry to do. Anyone who wants the EU states to step up to deter future Russian aggression against the Baltics or elsewhere should pay heed.

Nor is Europe the only area where such ambivalence is found. In the Middle East, as Pillar himself notes, Saudi Arabia has been quite happy, while protected by U.S. security assurances, to promulgate a noxious brand of Islam throughout the Islamic world that is widely seen to encourage the kind of extremism the U.S. wishes to suppress. In east Asia, South Korea is in the historically anomalous position of being joined by the U.S. security umbrella to its historic colonizer and enemy, Japan, against China, with which Koreans have a much more complex historical relationship. Taiwan, which has never formally declared independence from China, is now heavily tied economically to the Chinese mainland.

This kind of middle-of-the-road posture is all the easier to sustain now that there is that much less to fight over. The end of the Cold War eliminated a lot of the ideological reasons for remaining in the U.S.’ camp – whatever one thinks of Putin’s Russia or modern China, it is fair to say that the differences between them and the U.S. are quite muted compared to what they were, say, thirty years ago. U.S. allies are therefore in a better position to shop for larger powers with whom to align.

Although it is not fashionable to say so, and although such matters are admittedly complex, one way to look at the U.S. alliance network is that it involves a set of payments by the U.S. to remain in its coalition rather than join a balancing coalition against it. For this reason, it is difficult to ask U.S. allies to do much of anything at all – their contribution is that they do not join a rival team.

Despite Pillar’s assertions to the contrary, with so little at stake ideologically, there is in fact a greater risk now of U.S. allies defecting or acting against U.S. interests than at any point in the past. One might say that in fact such a process may be underway in some places. The lack of interest in Europe in containing Russian expansionism in Ukraine, which would continue even if the U.S. were to alter its own policy, is merely a case in point. If nothing else, U.S. allies have an incentive to demand more and contribute less.

One can argue that this is merely a reversion to the norm, and that the U.S. must make the best of it. The age in which the U.S. had most of the Eurasian landmass in its camp was probably not meant to last forever. And if, as may turn out to be the case, the U.S. is not in a position any longer to retain the support of all of its allies, it might be better for it to focus on the relationships it considers most vital, and pay what is necessary. This requires, in part, a recognition that keeping certain states out of rival camps and out of trouble that could involve the U.S. may be an end in itself.

The world is in the midst of its first post-Cold War power transition. The guidelines for it are simple: there is less to fight over and less disagreement on ideology, the dominant power is still very skittish about allowing new nuclear states to come about, and everyone is broke. The U.S. is in particular going to face some tough choices as it decides how to pay its bills domestically while remaining on top internationally – or decides between them. New coalitions, and new nuclear powers, might well emerge.

Martin Skold is currently pursuing his PhD in international relations at the University of St. Andrews, with a dissertation analyzing the political strategies of states engaged in long-term security competition.