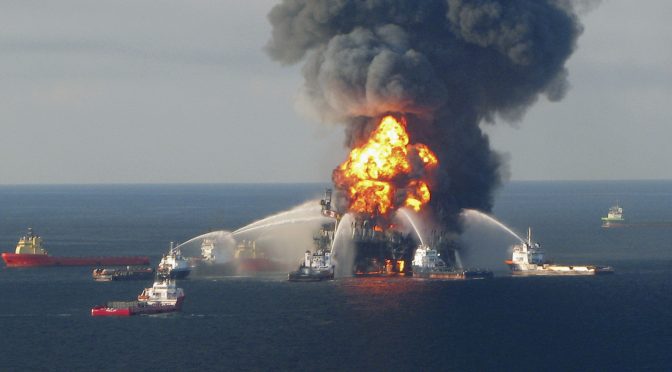 Massive amounts of seaborne debris were created from the 2011 Great East Japan Earthquake. The debris fields caused alarm as they floated about the Pacific Ocean, reaching all the way to the western United States. Components of the debris field included marine waste, invasive species, toxic discharge, derelict vessels, and even some radioactivity. Individually, these components were nothing new in the maritime environment. However, as these components combined and spread over an area larger than any oil spill, they impacted many different countries. The debris fields were poorly understood and comparisons and analogies to previous situations fell short. Expert opinions ranged from “mostly dissipating before landfall” to “environmental catastrophe.”

While the outcome has been less damaging than some warned, the situation was not totally innocuous, nor unrepeatable.1  More than six years after the event, nearly 300 different species have crossed the world’s largest ocean and landed in North America, helped along on “rafts” of unsinkable, long lasting, man-made products. Although none of the species have appeared to establish themselves on American shores, the same phenomenon could play host to the next wave of invasive species.2

The giant, seaborne, evolving environmental and navigational hazard that escaped nation-state boundaries was perhaps the first emergence of a phenomenon best described as a feral maritime zone (FMZ).

The feral, that which is a product of civilization but is now in some manner wild, has always held a fascination and challenge for still-domesticated humanity. Entities that can become feral and ways in which that condition may be brought about have historically been limited and managed locally. The possibilities for greater impact, however, are expanding. In a 2003 edition of the Naval War College Review, Richard Norton posited the idea of a “feral city.” He described it as “…a metropolis with a population of more than a million people in a state the government of which has lost the ability to maintain the rule of law within the city’s boundaries yet remains a functioning actor in the greater international system,” and “…where state and international authorities would be massively ignorant of the true nature of the power structures, population, and activities…”3

The FMZ’s composition, size, complexity, and international impact make it, like the feral city, an occurrence only possible in the last half-century. Cities have always had areas of danger, disease, and crime. But these problems, like urban decay and violence, have remained local issues and could be mostly confined. In recent decades, with uneven and accelerating surges in technology and population, cities have gained the potential to become feral. Likewise, the same surges in technology and population has allowed for the possibility of a rudderless flotilla of debris, animals, and plants surviving for years and crossing thousands of miles of ocean. “Shoreline species usually don’t find a way to get across the Pacific,” said an Oregon State University biologist who specializes in invasive species. “But the combination of the tsunami and man-made objects such as docks and floats meant that Japanese species got a rare chance at a ride to the West Coast.” 4

Because this debris exists in an already volatile and mysterious medium, there is massive “ignorance of its true nature” and a lack of consensus on how to deal with it. The FMZ, like the feral city, is now a part of the greater international system which no state controls, nor fully understands. While it may be hard to imagine circumstances aligning to produce another FMZ with all the elements of that caused by the Japanese tsunami, the fundamentals remain present. There are more people living in large unstable areas, using technology and creating more waste as a consequence. In addition, human activity has long exacerbated natural disasters and natural disasters have in turn created more unstable societies. For example, thousands of non-native farm-raised salmon were released into Washington State’s Puget Sound when their net pen broke open.5  Through the confluence of these factors, a new major feral maritime zone seems inevitable.

Feral situations may not seem like a problem with military solutions. For example, the remediation plan for the accidental salmon release has been to encourage unrestricted fishing on the species. However, in the case of the Japanese tsunami disaster, political leaders described the tsunami debris field’s landfall as a national emergency. The U.S. military is often tasked with solving these “national emergencies” because of their range of capabilities and assets. The U.S. Coast Guard, perhaps the most logical service to respond to an FMZ, was used post-tsunami to sink a derelict Japanese fishing boat found adrift near Alaska. In addition, National Guard troops and the U.S. Navy have been used in the past for beach clean-up after oil spills and oil-spill response, recently used in the 2010 British Petroleum disaster in the Gulf of Mexico.6

An effective and holistic response and recovery effort for
a more severe FMZ’s impact on land and sea would be a tremendous and taxing effort. Although the first occurrence of an FMZ was thankfully not as destructive as some predicted, as Norton wrote of feral cities, so too with feral maritime zones: “It is questionable whether the tools, resources, and strategies that would be required to deal with these threats exist at present.”7 Although the sea services face many challenges and competing priorities, now may be the time to at least consider how dealing with a future FMZ might fit into that mix.

J. Overton is a civilian writer/editor for Navy. He was previously an adjunct instructor in the Naval War College Fleet Seminar Program and the Marine Corps Command and Staff College Distance Education Program. J. served in the U.S. Coast Guard, and has worked in other public affairs and historian positions for the Navy and Army. The views and opinions expressed are those of the author and do not necessarily state or reflect those of the United States Government.

[5] “Washington State’s Great Salmon Spill and the Environmental Perils of Fish Farming” https://www.newyorker.com/tech/elements/washington-states-great-salmon-spill-and-the-environmental-perils-of-fish-farming and the now-debunked “Eclipse blamed for accidental release of thousands of Atlantic salmon into Puget Sound” – http://komonews.com/news/local/eclipse-blamed-for-accidental-release-of-thousands-of-atlantic-salmon-into-puget-sound