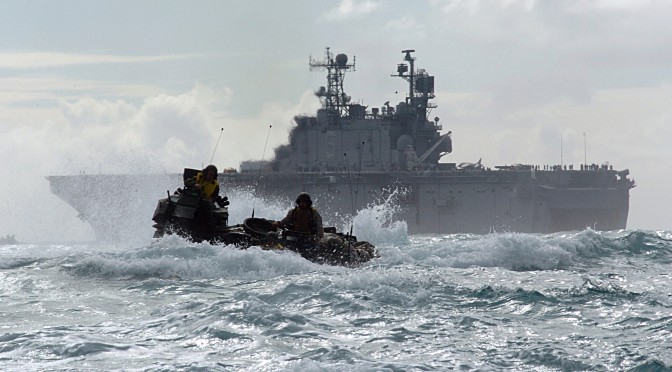 The fundamental justification for the Marine Corps is not tied to any Operations Plan—it is much more basic than that. While the combat effectiveness of the Marines is without parallel in modern expeditionary warfare, the Corps’ lethality is not in my opinion its greatest contribution. As the Marines mark the 239th anniversary of their founding and carry out the guidance of legendary Commandant General John A. LeJeune to “commemorate the birthday of the Corps by calling to mind the glories of its long and illustrious history,” it is beholden on the American citizenry writ large to reflect on why we need the Marine Corps. Simply stated, we will always need the Marine Corps because it produces Marines.

The metamorphosis from Marine Recruit or Officer Candidate to Marine is the single greatest transformational experience a person can ever undertake in the US Military. The inculcation of basic Marine Corps training yields a bounty of new Marines at the conclusion of every Officers Candidate School and Recruit District class who represent the timeless American ideal—the most physically fit, polished, tough young men and women in uniform, guided by core values—“Courage, Honor, Commitment”—and possessing an uncommon tenacity to “Improvise, Adapt and Overcome.” Marines carry this American Ideal to the four corners of the Earth while engaged in combat operations, humanitarian assistance / disaster relief operations, theater security cooperation missions and as Marine Security Guards at our embassies.

You’ve probably heard it said before that “once a Marine, Always a Marine.” Former Commandant of the Marine Corps General James Amos codified this in 2011:

And thank God. The ethos that Marines carry with them—Semper Fidelis–has not only served them on active duty and in their follow-on civilian lives, but has also served as a pillar to many of our great civilian institutions that they have brought this ethos to such as the New York City Fire Department and the National Aeronautical Space Administration. Marines are Always Faithful—to the nation, to the Corps, to each other.

Today the Marine Corps is shrinking as part of a post Operation Iraqi Freedom / Operation Enduring Freedom peace dividend. The Corps is shifting from its previous land based war footing to a more expeditionary / responsive, sea based force. While the doctrine is being adjudicated, the ultimate asset in the continued existence of the Corps is not a mission set, but the production of such fine men and women who are capable of accomplishing any task handed to them. So long as Quantico, San Diego and Parris Island produce Marines, America shall always require a Marine Corps.

Happy Birthday, Marines. Thanks for being Always Faithful.