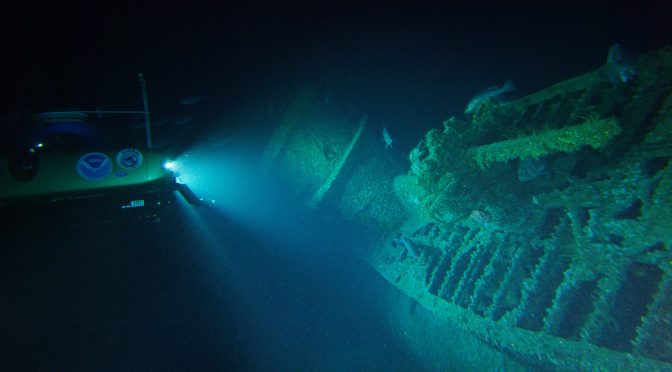 Last week CIMSEC published a series of articles focusing on the seabed as an emerging domain of maritime conflict and competition. This topic week was launched in partnership with the U.S. Naval War College’s Institute for Future Warfare Studies who drafted the Call for Articles. Authors assessed the legal frameworks related to seabed operations, the operational flexibility that can be exercised through this domain, the challenges of protecting critical seabed infrastructure, and more. Below is a list of articles that featured during the topic week and we thank the authors for their excellent contributions.

Fighting for the Seafloor: From Lawfare to Warfare by LTJG Kyle Cregge

“…the United States will have to determine how it will shape its own law-based national security strategy considering America’s failure to ratify UNCLOS. At the operational  level, seabed UUVs will likely lead to an arms race given all of the discrete tactical opportunities they offer. In an inversion of land warfare, control of the low ground will grant victory on the high seas.”

Forward…from the Seafloor? by David Strachan

“One such operation experiencing a kind of renaissance is mine warfare which, when combined with unmanned technologies and key infrastructure based on the ocean floor, transforms into the more potent strategic tool of seabed warfare. But even the concept of seabed warfare is itself in transition, and is on track to be fully subsumed by the broader paradigm of autonomous undersea warfare.”

“A Seabed Command would focus entirely on seabed warfare. It could unite many of the currently disparate functions found within the surface, EOD, aviation, and oceanographic communities. Its purview would include underwater surveying and bathymetric mapping, search and recovery, placing and finding mines, testing and operating unmanned submersibles, and developing future technologies that will place the U.S. on the forefront of future seabed battlegrounds.”

“Deep below the waters, travelling at millions of miles per hour, flickers of light relay incredible quantities of information across the world, powering the exchange of data that forms the internet. From urgent stock market transactions to endless videos of cats, undersea cables support many aspects of twenty first century life that we take for granted. A moment’s thought is sufficient to appreciate the strategic importance of this fact. As a result, any discussion of future seabed warfare would be incomplete without a consideration of the challenges presented by ensuring the security of this vital infrastructure.”

Featured Image: Project Baseline’s Nemo submersible shines its lights on U-boat U-576, sunk on July 15, 1942, lying on its starboard side and showing the submarine’s conning tower and the deck gun in the foreground. (Image courtesy of John McCord, UNC Coastal Studies Institute – Battle of the Atlantic expedition.)