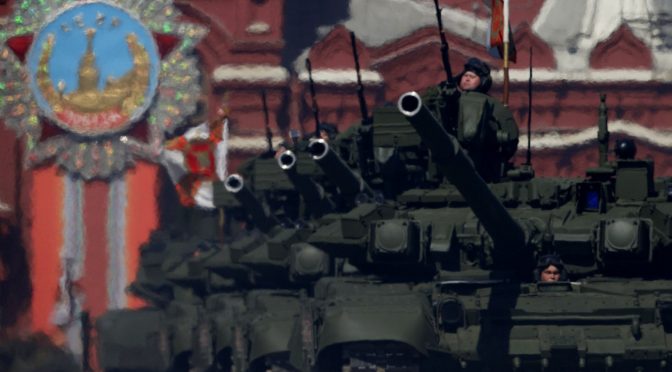 This week CIMSEC hosted articles focusing on Russia. Authors analyzed Russia’s strategic thinking vis a vis NATO, its shipbuilding ambitions, historic maritime objectives, and its recent political history. The topic week’s Call for Articles may be read here. We thank our contributors for their excellent submissions.

“Despite its original objective to counter the USSR, little in NATO policy or strategy can be seen as directly threatening Russia. In regards to the Ukrainian conflict and to the increasing tension between NATO and Russia, in order to avoid further escalation or a ‘New Cold War,’ it is necessary to understand why Russia’s hostility toward NATO has increased since the 90s.”

“Since 2011 Russia has been implementing its own naval modernization program. This comes after a period of neglect the as Russia Federal Navy (Russian Navy) is looking to build as many as a 100 new warships by 2020.”

The Tsarist Presidency by Steven Swingler

“Officially, the country is a constitutional presidential federal state patterned off of the U.S. More cynical analysts and commentators will say that Russia is a dictatorship. In reality, the political system in Russia represents that of a Prussian constitutional system with the president serving the role of monarch and chancellor.”

The Mediterranean: Driving Russia’s Strategic Decisions Since 1676 by Jason Chuma

“These assessments of Russian involvement in Ukraine and Syria are at least partially correct, but there is one common thread they both share which Russia has been fighting for since the first Russo-Turkish war in 1676. Tartus in Syria and Sevastopol in Crimea are warm water ports which provide direct Russian access to the Mediterranean or access via the Black Sea and the Dardanelles.”

Featured Image: Russian army soldiers drive their tanks along the Red Square during a general rehearsal for the Victory Day military parade which will take place at Moscow’s Red Square on May 9 to celebrate 70 years after the victory in WWII, in Moscow, Russia, Thursday, May 7, 2015. (AP Photo/Ivan Sekretarev)