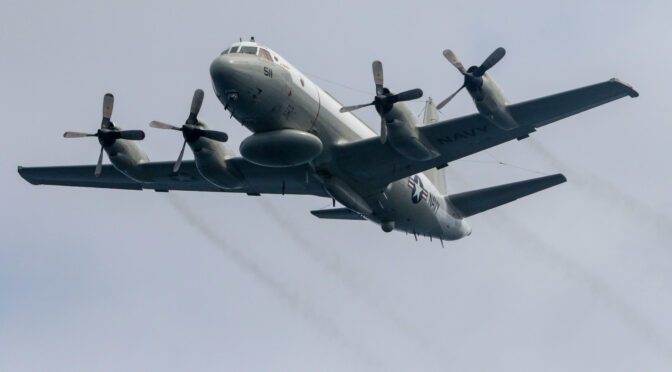 The Cryptologic Warfare Officer (CWO) community, like many other naval warfare communities, has a narrowly-defined career path for officers to successfully complete the requisite milestones to assume command. Unlike flight school for naval aviators or nuclear power school for submariners, cryptologic warfare officers receive a rudimentary overview of the broad cryptologic field before they begin their initial tour at a Navy Information Operations Command (NIOC) collocated with a National Security Agency (NSA) site. Junior cryptologic warfare officers’ poor exposure to the incredibly broad field of cryptology and their limited insight into how signals intelligence supports the U.S. Navy fails to prepare them to serve in any meaningful role while completing their initial assignment at an NSA site.

U.S. Navy cryptologic leaders need to send new ensigns to the fleet for their initial tour of duty to gain a broad understanding of the blue-water U.S. Navy, learn how signals intelligence (SIGINT) and electronic warfare are employed by naval units, and to ensure young officers develop a baseline knowledge to best leverage their operational experience in future support to NSA national missions.

Importance of Early Exposure to the Maritime Navy

Historically, the CWO community believed that the Navy was best served by sending its new junior officers to work national missions at NSA sites to develop a broad understanding of cryptologic disciplines while gaining awareness of cutting-edge technologies that these junior officers could then bring to deployed forces in a follow-on “tactical” tour. However, signals intelligence, electronic warfare, and cyber operations have become increasingly specialized, making it more difficult for young officers to develop needed expertise in these three unique fields of study.

Without prior working experience in cryptology, new officers find themselves relegated to narrow-in-scope positions that often lack the technical challenges that Navy leaders hope will create subject matter expertise in their officer corps. Furthermore, without any actual experience with maritime forces, young cryptologists fail to recognize national mission capabilities or tool sets that could best be leveraged to support the Navy.

This poor talent management is not a problem isolated to the cryptologic community. Talent management challenges span the Department of Defense due to ineffective evaluation systems used to measure performance and the poor placement of personnel to best maximize its talent. The cryptologic officer corps is uniquely positioned to make minor changes to greatly enhance its junior officers.

Navy Information Forces (NAVIFOR), the Type Commander for all of Navy cryptology, should adjust the traditional career pipeline for new CWOs by sending them to support deployable tactical naval units for their initial assignment. By serving a tour of duty directly supporting naval surface, subsurface, or air units, cryptologists would gain an understanding of how operational naval elements work and their different intelligence needs.

Broad exposure to deployed forces provides fledgling CWOs with a unique perspective to carry to their follow-on assignment at an NSA site. Support for military operations, a primary mission set for the Intelligence Community, needs junior military officers that through tangible experience from prior assignments have the authority to explain both the intelligence needs and platform limitations of deployed military units. Having prior tactical experience provides CWOs a platform to inform their civilian intelligence analyst counterparts in how the national SIGINT apparatus can best support carrier strike groups, F/A-18 squadrons, and fast attack submarines.

The current CWO pipeline is a missed opportunity to support the warfighter because it strips first tour naval cryptologists of their most potentially valuable contribution to NSA’s joint environment, which is an ability to communicate the needs of deployed forces.

Thirty years ago, CWO leadership at NSA sites had the latitude to expose junior officers to a variety of national missions providing valuable hands-on experience for new officers to quickly develop a solid baseline in the cryptologic skillset. However in today’s construct, first-tour CWOs are expected to learn the theory of cryptology while supporting a single highly-specialized national mission. This silo of exposure limits the learning opportunities for young ensigns, and due to their lack of experience, young cryptologists are placed in largely administrative roles with little authority to support mission or to learn the complexities of cryptology. Thus, CWOs would benefit greatly from learning the basics of SIGINT and electronic warfare while attached to naval units in their initial assignment.

Through direct oversight of cryptologic elements attached to different naval units, CWOs would quickly learn the collection capabilities and limitations of various platforms. This early exposure would ensure that CWOs develop expertise and understand the warfighter’s perspective before working at an NSA field site alongside civilian intelligence analysts who spend their entire career working in national-level missions. Additionally, while completing tactical assignments these junior officers would develop much-needed experience in explaining the capabilities and importance of their mission set to the unrestricted line officers that their intelligence supports.

In response to potential concerns of a young officer’s ability to assume responsibility for a cryptologic element with little to no experience, Navy senior enlisted personnel in the cryptologic element would provide the mentorship and guidance to young officers still learning the SIGINT and electronic warfare capabilities of their systems. This is much akin to the surface navy, which places new ensigns over divisions of sailors responsible for systems that are foreign to the young officer. Thus, young ensigns would complete a rich tour providing operational units with tactical cryptologic support while developing their own expertise through hands-on real-world application and overseeing the work of their sailors. These experiences would position them to successfully add value to NSA national mission sets with the ability to understand the capabilities and limitations of tactical naval units.

Finally, officers that complete an initial tactical assignment will have gained expertise needed to recognize NSA tool sets and emerging capabilities that can directly benefit tactical platforms. Under the current structure, new cryptologists lack the maritime experience to know which national capabilities can benefit deployed units. By altering the career progression path, officers will have the experience to know the limitations and needs of various naval platforms. In an era where over half of naval officers will separate from active-duty before completing eight years of service, the Navy must ensure it does not waste an entire tour of duty “developing” their junior officers. By reordering the career progression path and providing a clear understanding of the goals for each tour of duty, the cryptologic officer corps can best prepare its junior officers to not simply complete their expected responsibilities, but charge them to work alongside intelligence analysts to actively improve national support to deployed naval forces.

The current cryptologic warfare officer pipeline represents an outdated model in which senior officers had the flexibility to expose their new ensigns to diverse mission sets and applications of SIGINT during their initial tour, ensuring they developed a wide understanding of cryptology. In the increasingly specialized modern intelligence environment, NAVIFOR must adjust its career progression pipeline to ensure its young officers can provide better support to deployed forces. By exposing cryptologic warfare officers to the maritime navy as well as the practical application of SIGINT, they are better prepared to effectively assume leadership roles at NSA or other national SIGINT efforts. An additional outcome of this recommendation is that as CWOs continue in their career, the reorganization of the tactical assignment frees junior officers to specialize in one of the cryptologic disciplines, a growing need in today’s increasingly technical world.

Lieutenant Will Cavin is a Cryptologic Warfare Officer in Washington, DC. He has completed assignments at the National Security Agency in Ft. Meade and served as an EP-3E Special Evaluator in Bahrain. He is passionate about the mental health of servicemembers and served as a Suicide Prevention Advocate. He graduated with merit from the United States Naval Academy.

Talbot, A. (2020). Truth #3: Division officers must learn to “see the future.” Proceedings, 146(5). Retrieved from https://www.usni.org/magazines/ proceedings/2020/may/truth-3-division-officers-must-learn-see-future