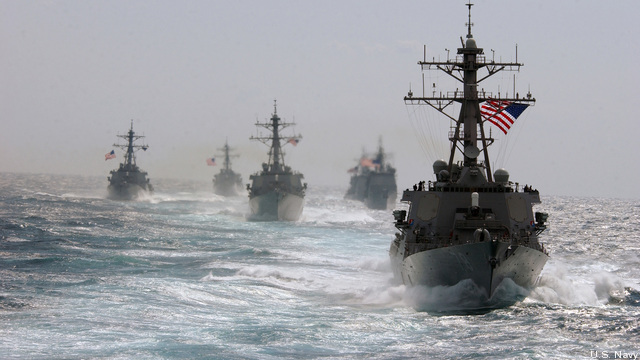 The single most important warfighting advantage that the U.S. Navy brings to the joint force is the ability to project significant amounts of combat power from the sea, thousands of miles from our own shores on relatively short notice and with few geo-political restraints. No one else can do this, and for the better part of two decades, our ability to do so was unchallenged. Without this challenge, our mastery of the fundamentals of sea control—searching for and killing submarines, over the horizon engagement of enemy fleets, and long range air and missile defense—diminished, even as the world figured out that the best way to neutralize this power projection advantage was to deny us the very seas in which we operate.

Vice Admiral Thomas S. Rowden’s current assignment is Commander, Naval Surface Forces. A native of Washington, D.C., and a 1982 graduate of the United States Naval Academy, VADM Rowden has served in a diverse range of sea and shore assignments.