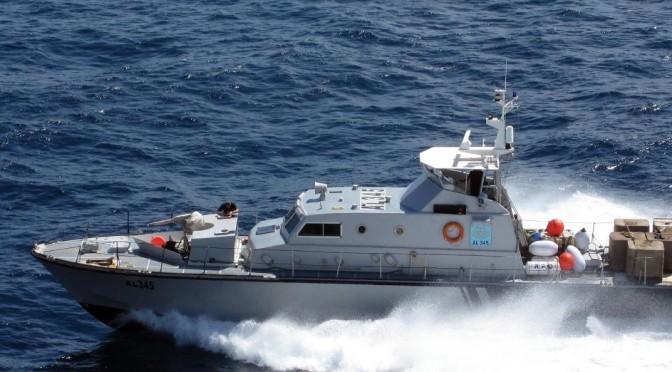 I recently sat down with John-Clark Levin, coauthor of Private Anti-Piracy Navies: How Warships for Hire are Changing Maritime Security. For those of you interested in the subject of private maritime security, Levin’s book “is intended to provide a contextualized understanding of the historical origins, current state, and future prospects of this fast-changing sector.” Rather than simply rehash Joseph Hammond’s earlier interview of Levin, I decided to take the discussion in a slightly different direction.

EM: Some experts have argued that pirates off West Africa benefit from stable governments that provide easy access to corrupt officials and a steady stream of valuable targets. How does this complicate or undermine the effectiveness of private security contractors?

JCL: This undermines the effectiveness of private security contractors, because West African governments are generally quite hostile to foreign maritime security companies. Armed guards or escort vessels are prohibited from entering territorial waters, which introduces unnecessary hassle and danger. Merchant ships carrying armed security must stop at the twelve-mile limit and either lighter the guards off onto another vessel, or dispose of their arms. This has often forced shipping companies to hire local paramilitary groups for protection in territorial waters. This is a very bad thing, because it takes security out of the hands forces that are internationally accountable, and entrusts it to shadowy and unregulated entities. But because the arrangement is lining the pockets of a corrupt few, there’s political incentive to keep it going.

EM: Do you think that with the increasing number of prisons in Somalia, i.e. Puntland, housing together both convicted al-Shabaab militants and Somali pirates will create an even more complex system integrating terrorism and maritime piracy once they are released?

JCL: To my knowledge, that’s not something that analysts have considered much. Any time groups are housed together in prison, there is potential for links to form, and carry over outside the prison walls. But it doesn’t seem that that risk is acute enough to warrant alternative prison arrangements, given the difficulty in finding places to house pirates in the first place.

EM: Until recently one of the main prisons for pirates was in Somaliland, a relatively stable, semi-autonomous area in northern Somalia, the U.N. is now building facilities in Somalia proper because Seychelles no longer wants to imprison Somalis, how secure do you think these facilities are?  Are the proposed sites secure and stable enough to survive a jailbreak attack?

JCL: I know that there’s a facility in the works in Garowe, Puntland, but I have not seen any plans for it, so can’t comment on security. In order to weather a major jailbreak attack, it would certainly have to be strongly fortified, and have a large and well-armed guard force. But I’d be more worried about pirates escaping by bribery than by a frontal assault.

EM: A single piracy case will often affect several nations. How does this complicate some of the legal issues private security contractors must face?

JCL: Whenever pirates attack a vessel, several countries can potentially claim jurisdiction over them—the flag state of the victim ship, the shipowner’s country of origin, and the home states of the crew. If there are private security personnel aboard, that may add more states to the mix, and if there is a private escort vessel, that layers on an additional flag state and shipowner country. If any of those nations cannot protect the human rights of prisoners, that could arguably give the other nations an obligation to prevent the suspected pirates from falling into that country’s hands. In practice, though, the problem has almost always been the reverse: countries trying to avoid responsibility for prosecution. Prosecuting and imprisoning pirates is an inconvenient and expensive undertaking that can last decades. The burden naturally falls on a single country, but all nations share in the benefits. It has taken years to develop agreements within which stakeholder states can share the burdens fairly.

This unruly tangle of jurisdictions can also complicate private anti-piracy operations themselves. Although there are now international licensing and accreditation standards for private maritime security companies, none of those are legally binding. Rather, countries’ domestic law takes precedence. Similarly, although there are now widely accepted rules for the use of force by private security, domestic doctrines of self-defense prevail. Thus, private security companies must take great care to ensure that they are not breaking the laws of anyone who might prosecute them if something goes wrong.

For example, if personnel aboard a private escort vessel believe themselves to be under attack and shoot civilian fishermen in error, both the flag state of the escort and the flag state of the client merchant ship may apply their own laws on self-defense and come to opposite conclusions about whether the shooters acted criminally. Because there have been very few test cases in this area, it remains unclear how such an incident would be resolved.

8 thoughts on “Private Anti-Piracy Navies: How Warships for Hire are Changing Maritime Security”