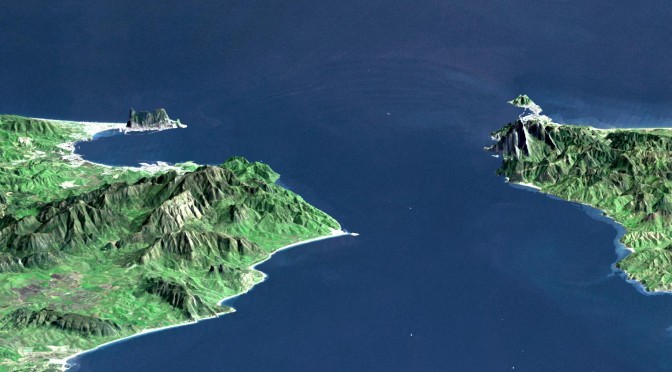 An interview with Michael J. Sanchez

Introduction. While the Indian-Pacific Ocean, and in particular the South and East China Seas, have attracted the most media and scholarly attention in recent years, the use of limited force in contested maritime spaces can also be observed in other corners of the world, even among NATO allies. The case of Gibraltar is interesting, among other reasons, because it features the collection and distribution of open source intelligence by local citizens. In a world where the lines between the military, coastguard and police forces, other state agencies, and private sector operators, are increasingly blurred, this initiative should be of interest to anybody who follows maritime and naval issues. Welcome to OpWest, a non-for-profit private initiative.

OP West is a naval/maritime observation service for the Bay of Gibraltar and Strait of Gibraltar (STROG). It commenced in June 2011. The concept is primarily to to make people aware of the daily occurences within the Bay of Gibraltar and its surrounding sea area known as British Gibraltar Territorial Waters (BGTWs). This is as a result of Spanish pressure and non recognition of the administration/competency/jurisdiction of these waters by Gibraltar, resulting in confrontations. This pressure by Spain is a resurrection of its outdated policy to claim the soveriegnty of the Rock of Gibraltar.

OP West also serves to highlight and inform the public of illegal incursions by Spanish State vessels that occur on an almost daily basis and are a cause for concern and alarm to many. OP West strives to inform the general public of naval affairs within STROG as reasonabily and responsibly as possible. OP West is vigilant to help provide and promote navigational safety.

2.- Could you tell us a bit more about its historical precedents?

The origins of OP West can be traced back to 1977 as a simple hobby of recording warship arrivals at Her Majestys Naval Base Gibraltar(HMNBG).

3.- How is information collected?

Information is gathered rather painstakingly on a daily basis by scouring for open source material in internet, newspapers,radio/television and oral reports. This is then put together, analized and a picture formed. Rather like assembling a jigsaw puzzle. The most important factor is the human element. Experience over a vast amount of years of observation provides one with the necessary expertise in the process of identification of vessels and the interpretation of actions.

4.- Are you planning to deploy any drone or unmanned vessel as part of OpWest?

There is no intention of operating any drones or other unmanned craft. Outside the remit and aims of OP West.

Most information is distributed via social media(Twitter) and other contacts.

6.- Is OPSEC (operational security) a concern? How do you ensure that information is not used by terrorists or criminals?

OPSEC is always at the forefront of OP Wests concerns when making decisions to disseminate information. All information gathered is carefully evaluated. Any sightings or observations that might be deemed as prejudicial are either time lapsed, exact locations and headings not given, or in many cases not at all. OP West takes OPSEC extremely seriously.

7.- Given rising tensions between Russia and NATO, and the former’s use of the nearby port of Ceuta as a de facto base, have you perceived any increased interest in OpWest?

There has definitely been an upsurge of interest in OP Wests reporting of Russian Naval movements in and out of Ceuta particulary, since it is one of the few sources if any that provides this service.

8.- An incident in 2013 featured divers, how can such incursions be detected?

I believe the incident in question involved Guardia Civil divers. This was in August 2013. The Spanish divers photographed and measured a series of cement blocks laid by the Government of Gibraltar to promote an artifical reef for environmental purposes within BGTWs. This was a flagrant breach of sovereignty . Months later a block was actually removed by Spanish civilian divers in defiance of our jurisidiction in these waters .It was indeed a theft of Government property.

These incidents highligted the lack of supervision on the part of the local law enforcement agencies and their inability to protect BGTWs.

Little can be done to stop these underwater incursions but better and more patrolling of BGTWs is of paramount importance. There should always be at least one vessel at sea on a 24hrs basis. Sadly this is lacking.

9.- Do you believe OpWest’s experience may be useful in other contested maritime spaces featuring revisionist powers?

OpWest is willing to impart on experience gained over the years to anyone with legitimate aims.

10.- Do you expect the number of incidents to keep rising this year?

Very difficult question. Short answer is yes. If the Partido Popular wins the next elections, there can be no doubt that these unwanted illegal incursion will continue and undoudtedly increase.

On a personal note OP West is run by 2 persons who have the dedication and duty to protect our small country from ANY sort of aggression. We love our little bit of land. We were born here as so our ancestors going back over 300 years. OP West provides a unique service. Hundreds of man hours are spent on lookout It can be an unforgiving task at times. OP West can complement and support local law enforcement agencies in their duties, but sadly this has not been taken up. Indeed in some circles OP West is viewed with contempt. We are not going away. Not by any strecth of the imagination. We only ask for respect and acknowledgement of our work. Lots of people have given up their lives to give us free speech and the right to inform and be informed, We owe it to them.