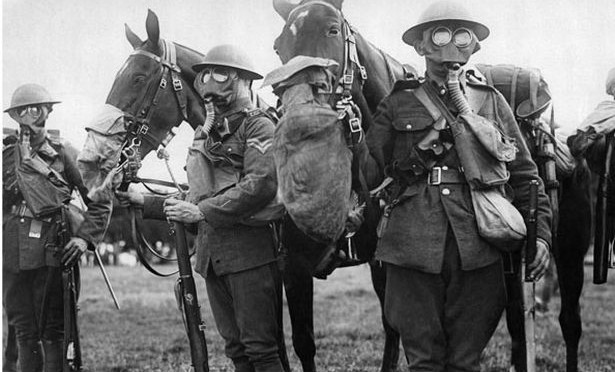 This year marks the 100th anniversary of the great maw that was WWI. On this Memorial Day, it should be our purpose to bear witness to the great scope of sacrifices made by those who came before us . Today, we all desperately cry out for “innovation” and “disruption” as if these things are new or unknown to our services. We discuss Google glass and 3-D printing, but in 1914 entire veteran armies were wiped out by new technologies and tactics in a war the likes of which soldiers had never seen; a war within which no innovation could save you. British soldiers went to battle without helmets, Napoleonic-era Cuiassiers rode into battle on horse-back against machine guns, the allies invented tanks to transport men and arms across the no-man land’s corpse-strewn horrors in an attempt to end the conflict that had destroyed a generation of their youth.

On Memorial Day, we honor the men and women who fought for our freedoms; it is critical that, in this remembrance, we realize that -we- are not historically unique. Arguably, while some of our number are heroes of the highest order -we- are not special. Out technology, our education, our innovation is nothing compared to the desperate measures taken in battle by our kin in arms who saw around themselves the end of the world. While we must continue to innovate as a matter of survival, never think our “new” is so significant as to escape the horrors of war. The “Wars to End All Wars” don’t, and any technology that claims to do so is only the guise for future failure.

So, when you think of “innovation” or “disruption” today, don’t think of new ways to use your phone, or the efficiencies you can find through knowledge management… think of the disruptions of war, the men whose sturdy minds snapped in the fields of France under the months-long thunder of guns, those whose innovation was forged in the set-jaw of those saving their civilization, their nation, and their families from a future of starvation, blood, and death.  So, “Happy Memorial Day,” because untold generations have snuffed out their quiet light so that we may be here today. Let us not find pleasure in where we are going and what -we- can accomplish, but find happiness today in that there were those, and still are those, willing to give it all so that we may have that opportunity.

Matthew Hipple is a surface warfare officer and graduate of Georgetown’s School of Foreign Service. He is Director of the NEXTWAR blog and hosts of the Sea Control podcast. His opinions may not reflect those of the United States Navy, Department of Defense, or US Government.