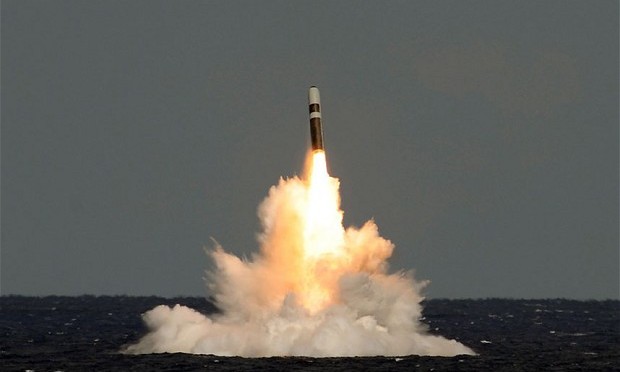 This week, we are fortunate to have a variety of writers and topics to share with the CIMSEC community. Ranging from the crisis in Ukraine to nuclear deterrence, the works that CIMSEC members have produced will provide sufficient ‘food for thought’ leading into the weekend.

David Wise, a CIMSEC-ian based out of Annapolis, Maryland, recently had an article published through John Hopkins University that details ‘the writing on the wall’ regarding the situation in Ukraine. He calls for a renewed public diplomacy effort to expose the belligerents and there is, indeed, an imperative for this. In David’s words: “if the international system that has produced the longest era of peace between major powers and by far the greatest prosperity in human history is not worth defending, then nothing is.”

Furthermore, David presents his musings of American involvement in Libya over at the Small Wars Journal. More specifically, David argues that there are four reasons as to why it is hard to argue against President Obama’s self-assessment that his greatest foreign policy error was made in Libya.

New Delhi-based CIMSEC-ian, Darshana M. Baruah, suggests that recent developments under the Modi Government will see India playing a much bigger role in reshaping the security architecture in the South China Sea. In a report for RSIS, Darshana argues that India has an opportunity to fill a leadership role in providing security in the region. This will certainly go hand-in-hand with New Delhi’s interests in Asia.

Bringing the debate back to topics of grand strategy, CIMSEC-ian Zachary Keck, from The Diplomat, provides some brief thoughts on the third ‘Offset Strategy‘. The policy was officially announced by Defense Secretary Chuck Hagel at the Reagan National Defense Forum, almost two weeks ago and is aimed at perpetuating America’s military superiority.

Adm. James Stavridis continues to feature in this series with an op-ed featured on BreakingDefense.com, and co-authored with Matthew Daniels. The piece, titled ‘Soft Power: The Vaccine Against Oppression’, builds upon the Admiral’s efforts in advocating open-source security.

Finally, we are fortunate to have access to high-level experts here at CIMSEC. Admiral John C. Harvey, USN (retd.), emailed me to give CIMSEC members his personal assessments from his time co-chairing the Independent Review of the Nuclear Enterprise, which was ordered by Secretary of Defense Chuck Hagel earlier this year. Admiral Harvey shares with us some of his personal lessons:

2) It was obvious to me that we haven’t been able to establish the right organizational construct within DoD since the late 90s that would consistently and effectively accomplish #1 above.

3) We can debate the efficacy of nuclear weapons all we want – the utility or futility of deploying nuclear weapons, whether or not we should deploy a monad, a diad or a triad of nuclear delivery systems, or whether conventional deterrence of some kind can ever replace our current posture relying fundamentally on nuclear deterrence, but, and it’s a big but, as long as we have nuclear weapons – like them or not – we’ve got to invest the required resources in their care and feeding and the care and feeding of the people who maintain the warheads, the missiles, and the delivery systems.

There is no middle ground here, no ability to rely upon some sort of an elegant and systematic degradation that can be monitored and managed with timely intervention before either lasting damage or an untoward event occurs.

If you are interested in further exploring this topic, Admiral Harvey has provided the report in full here, as well as a summary of the review process and methodology here.

Please email dmp@cimsec.org to continue sharing your great work with the CIMSEC community.