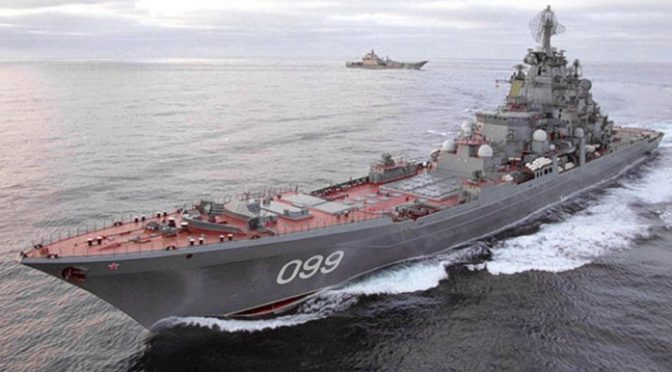 Welcome to the April 2016 members’ roundup. Over the past month CIMSEC members have examined several international maritime security issues, including the strategic implications of China’s land creation in the South China Sea, Russia and China’s testing and deployment of offensive hypersonic weapons, the U.S. Navy’s development of the Next Generation Air Dominance (NGAD) program, India’s maritime ambitions in the Asia-Pacific and finally, increasing maritime tensions between African coastal countrie,s and the resulting naval build-up taking place on the continent.

Beginning the roundup in the Asia-Pacific, Lauren Dickey for the Asia Unbound Series at the Council on Foreign Relations analyzes the current political turmoil challenging the stability of Taiwan’s government. Ms. Dickey explains that Taiwan’s ruling Kuomintang (KMT) party has retreated from an agreement with the country’s opposition Democratic Progressive Party (DPP) to conduct an item-by-item review of a service trade pact arranged with mainland China. The resulting breakout of severe protests by citizens, unions, and the DPP have demonstrate the harmful affects approval of the trade pact would have on Taiwan, including an increase in Beijing’s influence over domestic Taiwanese policy and the ability for large corporations to increase control over Taiwanese industry at the expense of local enterprises. Ms. Dickey highlights the perspective that the KMT party’s decision is one that has and will continue to challenge democratic principles within Taiwan while also creating a public atmosphere non-conducive to cooperative cross-strait relations.

Kyle Mizokami, at Popular Mechanics, discusses the test of China’s new hypersonic weapon, the DF-ZF, at the Wuzhai missile test center in central China. The DF-ZF is likely launched by a DF-21 IRBM, which releases a Hypersonic Glide Vehicle (HGV) just before leaving the atmosphere. Mr. Mizokami explains how the HGV released in the upper atmosphere is capable of travelling at speeds from 4000-7000 miles an hour making it difficult to intercept and capable of reaching almost any target in the world within an hour. In a second article at Popular Mechanics, Mr. Mizokami continues the discussion on hypersonic weapons with Russia’s continued development of its Zircon anti-ship missile. He explains how the missile will increase the surface warfare capabilities of Russia’s aging battlecruisers by providing a new offensive capacity capable of penetrating sophisticated air-defense systems. Dave Majumdar, at the National Interest, also discusses the technicalities and implications of Russia’s development of the Zircon anti-ship missile, which you can find here.

Harry Kazianis, at The National Interest, highlights China’s primary strategic objective in the South China Sea; that Beijing views complete control of the waters from Taiwan to Malaysia as imperative to supporting regional Chinese sovereignty. Mr. Kazianis notes that Beijing has used a process of incremental aggression throughout the region to slowly, and perhaps unnoticeably, challenge the status-quo maintained by the U.S. with the ultimate goal of achieving regional hegemony. However, as outlined by Mr. Kazianis, there is potential for the U.S. and regional allies to limit and even halt this Chinese aggression at Scarborough Shoal just West of the Philippines, where the U.S. has already begun operations with A-10 Warthogs and Sikorsky HH-60 helicopters providing air and maritime situational awareness to local forces while also articulating to China that reclaiming the reef will not be tolerated.

In a second article at The National Interest, Mr. Kazianis provides a list of different methods for confronting Chinese antagonism in the South China Sea, including a joint U.S. and allied A2/AD strategy, utilizing media and communications to demonstrate a clear U.S. regional objective and lawfare – the notion that the U.S. and regional allies should coordinate legal actions and claims against China to maximize their effectiveness.

James Goldrick, at The Interpreter, discusses the impact China’s artificial island construction in the South China Sea will have on peace and stability in the region when combined with its aggressive territorial claims under a pretense of sovereign rights. He outlines how China’s objective of creating a safe haven for its naval forces in the region will collide with the national interests of the rest of maritime Southeast Asia. He suggests that Beijing should adapt a more sensitive approach to their regional claims as to not risk international, kinetic conflict.

Alex Calvo, for the University of Nottingham’s China Policy Institute Blog, examines the sinking of a Chinese fishing vessel by an Argentinian Coast Guard vessel and highlights the incidents’ significance should China succeed in breaking out of the First Island Chain and seek an expanded posture in the Southern Atlantic. He notes that China operates the world’s largest long-distance fishing fleet and its interaction with foreign nations and their waters should merit appropriate attention considering how similar fishing related events have contributed to an increasingly tense political and security environment in the East and South China Seas.

To conclude the April 2016 Members’ Roundup, Paul Pryce at Offiziere discusses Africa’s rapidly growing naval forces in relation to the rise of piracy threats in the Gulf of Aden and the Gulf Guinea while also noting an increase in maritime boundary disputes rooted in contested off-shore oil deposits. While identifying several examples, Mr. Pryce notes increased tensions between Ghana and Cote d’Ivoire and the corresponding procurement of 40 patrol vessels by Ivorian defense officials in response as a primary example of the new arms-race on the continent. He also mentions the procurement of three HIS 32 interceptor patrol vessels and three Ocean Eagle 43 OPVs by the Mozambican Navy in addition to the procurement of seven Macaé-class OPVs by Angola.

Members at CIMSEC were active elsewhere during the month of April: