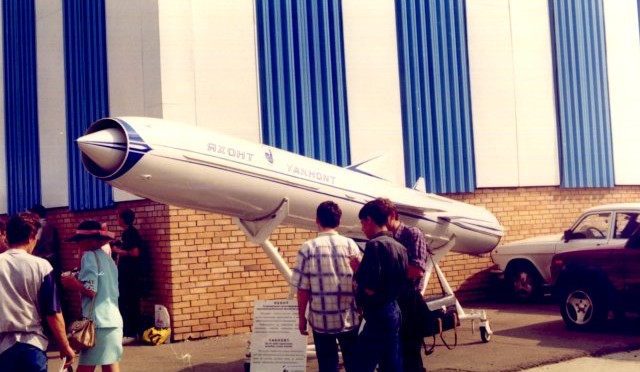 Historically, weapons disparities with conventional forces has driven terrorists, insurgents, and other non-state actors towards asymmetric fighting tactics. But as with most long term trends, arms gaps tend to be cyclical as each side’s relative combat power waxes and wanes.  For example, pirates in the 19th Century used pretty much the same artillery as their naval counterparts, albeit on smaller ships.  Now, pirates relying on small arms and skiffs are countered by an international armada of heavily armed frigates and destroyers. The suicide improvised explosive boat attack on USS Cole was another example of David versus Goliath tactics.  In the realm of Anti-Access/Area Denial (A2/AD) though, we are witnessing an upswing in the conventional capabilities of non-state actors.  The mix of regular and irregular tactics is sometimes referred to as hybrid warfare. The proliferation of modern precision-guided weaponry is once again changing the balance of lethality between state navies and para-naval forces.  Regardless of whether these weapons are acquired from state sponsors or captured on the battlefield, the threat posed to regular naval forces is similar.  As demonstrated in recent air and ground engagements, non-state actors can field weapons on par with their conventional counterparts.  Ukrainian separatists with Soviet-era SA-11 missiles shoot down jet fighter (and civilian!) aircraft and Islamic terrorists in Iraq destroy American-made main battle tanks with advanced Russian-supplied Kornet missiles.  Advances in non-state naval weaponry are a natural evolution of these trends.

With a rash of recent fighting in the Levant and the potential for Western Naval intervention in various forms,  it’s worth taking a look at the sea denial capabilities of one of the region’s more potent non-state actors, Lebanese Hezbollah (LH).  However one wants to characterize LH – shadow government, proto-state, or simply non-state actor – their ability to contest the littorals in the Eastern Mediterranean has grown tremendously in the past decade.  Despite a number of interdictions by Israeli Defense Forces – some high profile and others intentionally less so – a nearly constant pipeline of increasingly advanced Syrian and Iranian weapons has resupplied LH by air, ground, and sea.  The most noteworthy display of LH’s A2AD network was the C-802 missile attack on INS Hanit in 2006. Subsequent to that engagement, LH’s anti-ship cruise missile inventory has advanced significantly.  Among these stockpiles is the supersonic 300 km range P-800 Yakhont. LH possibly acquired 12 P-800s from Syria, who received a shipment of 72 missiles and 36 launcher vehicles from Russia in 2011.  Over-the-horizon weapons are important, but without an adequate targeting mechanism, they are more of an indiscriminate terror weapon than a precision A2/AD tool.  A variety of means exists to target enemy ships, to include the surface search radar systems normally accompanying the missile batteries.  More crudely, third-party cueing could be provided by simple fishing vessels or UAVs.  Since at least the early 2000s, LH has flown mostly Iranian-manufactured Mohajer-4 unmanned aerial vehicles over Israel along with over-water transits.

Some open-source reporting assesses that LH possesses SA-8 and SA-17 truck-mounted surface-to-air missile. The latter type can engage aircraft or missiles at altitudes of up to 24,000 meters and ranges out to 50 km.  To complicate matters, the counter-battery problem for navies facing missile launchers will be challenging because like the insurgents who fire them, mobile launchers will be well ensconced in urban population centers, and employing “shoot and scoot” tactics.

Closer into shore, LH Soviet-era AT-4 Spiggot or the more modern Kornet anti-tank guided missiles might be effective against Israeli small combatant craft, such as those which would be involved in launching a special operations raid.  Mines would be a cheaper, but more indiscriminate sea denial weapon LH might utilize to thwart amphibious operations.

Ostensibly, LH could gain access to any of the robust A2AD weapons its patron Iran possesses.  In 2011, Brigadier General Yaron Levi, the Navy’s intelligence chief, noted that “in the future, we will have to deal with missiles, torpedoes, mines, above-surface weapons and underwater ones, both in Gaza and Lebanon.”   The Iranians have elevated multi-axis, multi-layer anti-ship attack to a high art; with mines and ground-based missiles complemented by swarming missile, torpedo, and gunboat attacks, rounded out by numbers of Wing In Ground-effect aircraft and mini-submarines.  None of these systems are beyond the reach of a non-state actor.

So this network portends a viable sea denial capability, but to whom?  Clearly, LH fears Israel’s naval force and has demonstrated the willingness to engage the Israeli navy.  During the 2006 war, Israeli patrols blockaded Lebanon for eight weeks to prevent maritime resupply of LH forces.  Any advanced sea denial capability would complicate these operations in a future conflict.  Israel’s growing offshore oil infrastructure would also make a tempting fixed target for LH missiles.

And although it is possible that a missile might inadvertently target a U.S. or other allied naval combatant or aircraft operating in the Eastern Mediterranean, for self-preservation reasons, it’s unlikely that LH would deliberately target U.S. platforms without significant provocation. Even so, modern navies operating in the littorals in the vicinity of these threats will need to be continuously on a higher alert status than they might be with a more predictable state adversary.  As asymmetry cycles towards parity, developing ways to counter non-state actors with powerful conventional weapons should become the focus of naval wargames and experimentation.

Chris Rawley is the Vice President of CIMSEC. Any opinions in this piece are the his alone and in his personal capacity.