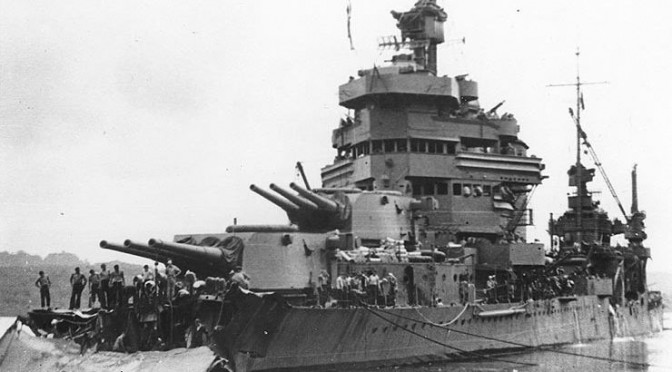 Both Doyle Hodges and Chuck Hill have recently commented on Littoral Combat Ship (LCS) survivability in light of World War II damage reports, responding to Steven Wills’ opinion piece at USNI News (which he followed up yesterday).  The genesis of their response appears to be Wills’ claim:

“Small warships are historically unsurvivable in combat. They have a shorter floodable length, reduced reserve buoyancy and more likely to be affected by fire and smoke damage than larger combatants.”

Unfortunately, both authors have interpreted the data differently, and some clarification is in order.

In analysis of survivability, it is important to look at three facets as defined by the US Navy:

The data from World War II damage reports, along with an understanding of the US Navy inventory at the time, allows us to calculate a value for overall susceptibility of the various ship types during the war.  The damage reports also allow us to measure the combined vulnerability and recoverability of those ships that reported significant damage.

Hill calculated an overall measure of survivability based on the number of each ship type existing at the beginning of the war, which Hodges correctly notes is an insufficient baseline due to additional production during the war.  By using data from Table I of the damage summary, he overstates the overall risk of loss in each type of ship.  I offer the following so that an accurate baseline can be used to inform future discussions of survivability.

In the area of susceptibility, the damage summary, combined with the available construction data, shows significant variability by ship type and year.   In the table below, total inventory of DD and larger combatants is shown for each year, in aggregate and by class, as well as the total of newly commissioned ships for that year.  The susceptibility is the number of damage reports (including lost) divided by the total number of ships available in that year.  This still overstates susceptibility a bit, since not all new ships were available for the entire year, but it still serves a useful purpose.

Note that the total of damage and loss reports, not ships damaged, is used below.  Thus the CV susceptibility of 125% is not really a mistake, but an artifact of the method.  In 1942, Enterprise filed three war damage reports, Saratoga two, and Yorktown one in addition to the losses of Lexington, Yorktown, Wasp and Hornet.

The outcome of each damaging event recorded in the summary gives us an estimate of the vulnerability and recoverability for each ship type.  Here we see a clear relationship between size and ability to take punishment.  I’ve separated the traditional surface combatants from the carriers for clarity.

At the surface, there appears to be a disparity between CA and CL loss rates.   However, this is most likely a function of displacement rather than ship type, as all six of the CAs lost through 1944 were Treaty Cruisers of less than 10,000 tons.

In reviewing these data as it relates to LCS survivability, I think we have to be somewhat cautious.  The general trend, showing that smaller ships are generally more vulnerable to (or less recoverable from) significant damage, confirms Wills in part.  While smaller warships are indeed, less survivable, they are not unsurvivable.  Because of their large numbers and lesser value as a target, the small destroyers were damaged less frequently than the larger surface combatants.  They relied more heavily than their capital ship brothers on the susceptibility leg of the survivability triangle.  Damaging events that were survivable by bigger ships were often fatal to the destroyers, because the bigger ships were more resilient and possessed a deeper capability for damage control.

The same will be true in the US Navy fleet of the 2020s, where Arleigh Burke destroyers will be much more capable of taking a hit than Littoral Combat Ships.  No modern ship, and especially no small ship, will survive as an effective combatant in the event of a major damaging event, like a torpedo, mine, or cruise missile attack.  Even though the ship might not be a total loss, it will be out of action for significant period of time after that event.  Look no further than USS Chancellorsville if you believe otherwise.

Ken Adams is a former US Navy Surface Warfare Officer with experience in amphibious ships and staffs, a battleship tour in USS Iowa, and as a tactics instructor for the Royal Saudi Navy. He is currently an operations analyst for a large defense contractor, for whom he is not authorized to speak.

13 thoughts on “LCS Survivability Debate: By the Numbers”