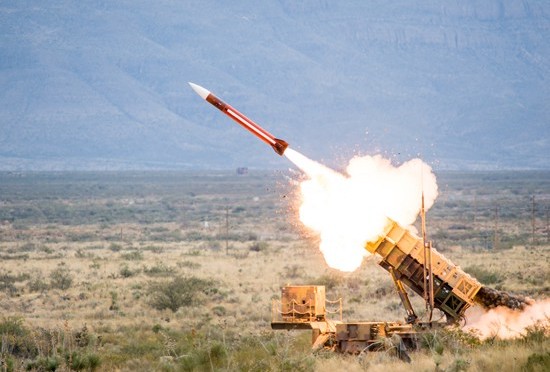 This essay is part of the Personal Theories of Power series, which asked a group of national security professionals to provide their theory of power and its application. We hope this launches a long and insightful debate that may one day shape policy.

Every war, and every belligerent in every war, manifests a distinctive pattern of strategic behaviour among an expanding list of geographical environments. It is true that modern strategy and war registers trends towards ever greater complexity, ever greater ‘jointness’ to offset and exploit that complexity, and in the maturing potency of new modes of combat…It is no less true, however, that land, even ground, warfare has yet to be demoted to an adjunct, auxiliary, or administrative, role vis-à-vis superficially more modern modes and foci of fighting.[i]

In a discussion over the modes of power that are employed to achieve political purpose, the above quote would likely halt all communication before it even started. Some would even immediately engage their cognitive biases and fill their slings with the tried-and-true military service-focused and parochial rhetorical ammunition. The current narratives from the various services can certainly be seen to support such an assertion.

However, while the above quote captures repeated insistence on the importance of land power, the author also indicates that while land power is vital, it is not sufficient, for “In practice, thus far, no single geographical domain suffices as provider of all strategic effect that belligerent states need.”[ii]

So, when a political decision requires a definitive, more enduring answer, land power will likely be the main element of national power employed — there’s a reason the key theorist of war and land power focused on destroying an adversary’s armed forces, occupying his country, and breaking that nation’s will as his three main objectives in war.[iii] Such use of large amounts of men and women in campaigns of physical control are not the only use for land power, however. While it is the only element of national power that can compel through physical dominance (or as some have described in recent posts by quoting Wylie, through a sequential strategy),[iv] land power can also accomplish tasks through three other approaches to the use of force — assurance, deterrence and coercion — to create strategic effect.

Beyond Physical Control
To Gray, “strategic effect is the [cumulative and sequential] impact of strategic performance on the course of events.”[v] It is the expression of how well a force translates tactical action into political gain; or said another way, how well the effects of military action maintain alliances and/or force an adversary (or adversaries) to change their behavior to match our desires. Given the fact that land power will likely be the element of national power least used to create strategic effect in today’s environment given its high political cost at home and abroad, how does an Army, as the principle manifestation of land power, provide options to assure, deter, and coerce?[vi]

Deterrence and assurance require both credibility and capability. Credibility is created through the perception that force will be used to achieve stated interests. However, without an acknowledged force required to achieve said interests, i.e. the capability, then the threat of its use to deter undesired behavior or assure anxious allies is empty. In the end, an adversary cannot be deterred or an ally assured unless they believe the offending party can be compelled to appropriately change their behavior. While other elements of national power are important to either deterrence or assurance, both require credible and capable land power, the only element of national power that can compel behavior through physical control. The size, capability, proficiency, and posturing of land forces is what provides a credible deterrent and assures allies. As has been shown in recent events in Eastern Europe, the lack of a credible and capable force for deterrence can lead to political adventurism by adversarial entities and a failure to assure allies in a region.

Coercion is used to impel adversary behavior by shaping choices, either by punishment or denial; both utilize physical and psychological factors. Coercion by punishment is accomplished by damaging or destroying adversary capabilities required to achieve their interests, such as destroying naval assets that are being used in a blockade. Coercion by denial is using force to prevent the adversary from accessing the resources or territory required to accomplish their goals. Land power largely utilizes coercion by denial, such as placing American troops in a threatened country to significantly raise the costs of any action by an adversary. This also provides a degree of assurance for that partner nation. A recent example is the deployment of U.S. troops to Poland, Lithuania, Latvia and Estonia.

1) The use of smaller, tailorable elements of the Army to accomplish strategic objectives. From a Special Forces detachment supporting a partner nation through foreign internal defense to a battalion task force taking part in a multinational exercise to strengthen NATO, Army forces must be prepared to train, equip, deploy, employ and sustain smaller packages of forces around the world. However, these elements must also be able to tap into larger regionally-focused/based forces to provide flexible options and scale up to conduct operations that provide denial by punishment, or compellence when necessary. The ability to disaggregate for cumulative operations must be matched with the ability to re-aggregate into larger formations — up to Division- and Corps-level — to conduct the combined arms operations required in ground combat across the range of military operations.[viii]

2) A better balance of combat and enabling capabilities. While the application of land power is largely seen through the action of combat elements, so called “tail” elements are as important, if not more so, to military forces. Even Clausewitz, who purposefully excluded logistics discussions in his magnum opus due to his focus on the fighting itself and its use as a political instrument, recognized that “The provisioning of troops, no matter how it is done…always presents such difficulty that it must have a decisive influence on the choice of operations.”[ix] The U.S. Army post-WWII has largely diminished the importance of its enabling capabilities — everything from transportation to engineers to missile defense to logistics — in favor of the “tooth” resident in its combat formations, even to the point of contracting out significant portions of the enabling functions; this in spite of the frequent acknowledgement of the importance of logistics in war.[x] The Army must create a better balance between combat units to those that project, set, protect, and sustain a theater.

3) Assigning dedicated Army forces to geographic combatant commands and posturing those forces forward. Supporting the two elements above, land forces should be more permanently provided to those that use them in theatre. The value of Army forces is not that they can be made expeditionary, but that they can provide quick and enduring force when properly postured in theater. These elements can be used to conduct any and all of the three uses of force, in addition to be present when compellence, or a sequential strategy, is required.

Conclusion
In discussions of military power today there is much elaboration upon of the loss of “overmatch capability”. This term is largely meant in terms of the decreasing technological gap between the U.S. and its likely adversaries, from non-state actors with anti-acess/area-denial capabilities to near-peer states with air and sea platforms that look suspiciously like our own technology still in production. Another aspect of overmatch is how presciently forces are postured and organized to prevent conflict through the assurance of allies or the deterrence or coercion of adversaries — or to be used to compel an enemy, if necessary. A decrease in overmatch from this aspect creates risk that our military will not be able to achieve the missions the U.S. requires of it. While we must mitigate risk across all domains, risk to the land domain is the most deadly. For, “Military success in land warfare can have a decisiveness unmatchable by success in the other geographies. If a state loses on land, it loses the war.”[xi]

Nathan K. Finney is a U.S. Army officer and a member of the Infinity Journal’s Editorial Advisory Board.  He has written on issues that involve strategy, building partner capacity, security sector reform, security force assistance, stability operations, and the integration of civilian and military agencies.  He holds a Masters in Public Administration from both Harvard University and the University of Kansas, as well as a B.A. in Anthropology from the University of Arizona.

[iv] For example, see Rich Ganske’s use of Wylie as quoted by Lukas Milevski: “[A] sequential strategy would utilize the ability of force to take and protect” found in Milevski, “Revisiting J.C. Wylie’s Dichotomy of Strategy,” 229.

[v] Gray, Modern Strategy, 19. The “cumulative and sequential” was added to the definition in Gray, Strategy Bridge, 18.

[vi] Elements of this strategic environment are not unique, of course, nor are its impact on the use of land power. For example, Clausewitz acknowledged the facts of limited war in his 10 July 1827 note and Corbett recognized land power was often ill-suited for limited warfare because of its inherent threat to the territorial imperative in his Some Principles of Maritime Strategy.

One thought on “Land Power: A Personal Theory of Power”