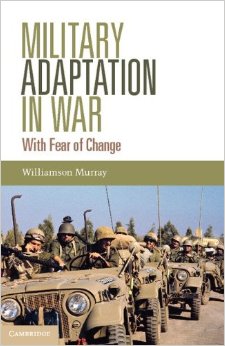 To mark the success of the first annual Defense Entrepreneurs Forum last year, and to set the stage for DEF 2.0 happening this week in Chicago, The Bridge and CIMSEC have come together to offer a second joint series of posts, this time on the topic of innovation. And this discussion couldn’t come at a more timely moment for many of our followers, given that…

But putting all that aside, why do we innovate, and why do so many of us seem to actually embrace the process of seeking change, even if not all of us do so eagerly?

Because it is literally in our nature to do so.

The story of our ascendance on the planet earth, and our explorations beyond it, despite our otherwise low position on the natural food chain, springs from our ability to innovate new and creative ways to cope with our external environment. Our brains are wired to find satisfaction in making new connections, and seeing existing things in new ways, which has led to our ability to survive in even the most hostile environments throughout history, even with relatively simple technologies.

Because innovation is the key to adaptation in hostile and competitive environments if you want to have a say in your own destiny.

Successful survival in any sense comes from the ability to adapt – to adequately match your response to the challenges that the environment presents, challenges you can never perfectly predict in advance, or sense in the present. The best way to hedge against this uncertainty is to have a variety of potential responses ready, or to design in the capability to rapidly develop adequate ones when a possible threat becomes an actual one. In an organizational sense, we can characterize this organizational ability to adapt as having strategic agility. But agility does not simply mean having many different types of technology available to you – it means being adaptive along the entire process of change within social systems.

Because we have no choice.

The world is constantly changing around us, and we must be adaptive even just to keep the things we already have. But it’s becoming increasingly clear that our current plans and methods are not keeping pace with the rates of change either internally or externally, and our only way out of our current death spirals will be successful innovation.

What are our challenges to successful innovation?

In his book Military Adaptation in War (With Fear of Change), Williamson Murray summarizes the primary challenges that make successful adaptation and innovation difficult:

The greatest difficulty clearly has to do with the fundamental nature of war itself. Second, human nature – especially when the egos of leaders at the highest levels become involved – places considerable difficulties in the path of understanding the tactical and operational issues military organizations confront. Without that understanding, adaptation to the actual conditions of conflict simply cannot take place, or even worse, will follow the wrong path.

Making change more difficult is the harsh fact that incompetence, rather than competence, lies at the heart of man’s character. Inevitably, a few individuals possess the clarity of vision, the self-discipline, the imagination, and the toughness of mind to understand the daunting problems that war creates. Moreover, effective performance at one level of war rarely guarantees success at the next level…That is why there have been so few great captains in military history…The few competent can see the forest and the wider landscape of war; most, however, see only the details and the irrelevant.

Exacerbating the difficulties that military institutions face is the fact that, more often than not, they reach decisions by corporate agreement. And there are few institutions in human life more dysfunctional in reaching clear, distinct, purposeful direction than committees.

Finally, and perhaps most daunting, is the fact that war inevitably involves issues at the political, strategic, operational, and tactical levels. That spread of perspective invariably presents contradictory choices to military leaders. Moreover, the qualities that provide for excellence at one level may prevent adaptation at the other levels. “

If Murray is correct, it’s clear that the challenge of innovation goes far beyond investments in the right tools and technology – it requires deliberate engagement along the entire process of change within military societies, to include how the groups that use the technology are formed, and how they think.

How We’ll Talk About Innovation in this Series

The essays in this series will provide evidence from three noteworthy case studies on military innovation, and one brilliant gem written by a self-described “corporate fool”.

The first is Elting Elmore Morison’s Men, Machines, and Modern Times, complied in 1966. 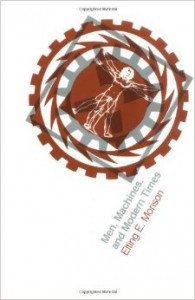 Morison was an author of non-fiction books, an essayist, a United States historian of technology, a military biographer, an MIT professor emeritus, and was notably the conceiver and founder of MIT’s interdisciplinary program in Science, Technology and Society (STS), through which MIT faculty and students focus on the ways in which scientific, technological and social factors interact. During World War II he served in the Naval Reserve.

The Second is Williamson Murray’s 2011 book Military Adaptation in War (With Fear of Change). 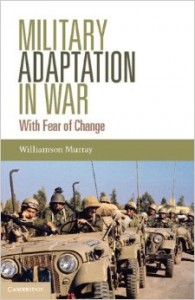 Murray has taught at the United States Air War College, the United States Military Academy, and the Naval War College. According to the Potomac Institute for Policy Studies, he “also served as a Secretary of the Navy Fellow at the Navy War College, the Centennial Visiting Professor at the London School of Economics, the Matthew C. Horner Professor of Military Theory at the Marine Corps University, the Charles Lindbergh Chair at the Smithsonian’s Air and Space Museum, and the Harold K. Johnson Professor of Military History at the Army War College”. He previously served in the US Air Force, including a tour in SE Asia with the 314th Tactical Air Wing (C-130s).

The third is Stephen Peter Rosen’s 1994 book, Winning the Next War: Innovation and the Modern Military. 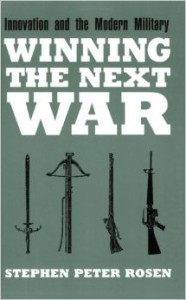 Stephen Peter Rosen is Harvard College Professor and Beton Michael Kaneb Professor of National Security and Military Affairs at Harvard University, was a professor in the strategy department at Naval War College, and was director of political-military affairs at the National Security Council in the Reagan Administration.

The fourth is Steven Johnson’s 2011 book Where Good Ideas Come From: The Natural History of Innovation. 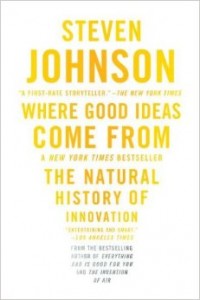 Steven Johnson is a contributing editor to Wired, he writes regularly for The New York Times, The Wall Street Journal, The Financial Times, and many other periodicals. He will also be the host of the upcoming BBC and PBS series,

Johnson is also the host of the television series How We Got To Now, a documentary on the history of innovation currently airing on BBC and PBS. 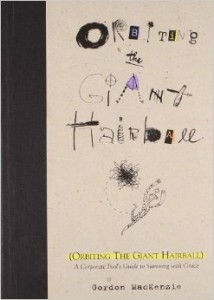 Gordon MacKenzie was an artist and card designer for Hallmark Corporation who established Hallmark’s Humor Workshop, and eventually created his own position as a “self styled corporate holy man” and “loyal subversive” for Hallmark with the self-created job title of “Creative Paradox”, who served as the the “liaison between the chaos of creativity and the discipline of business”.