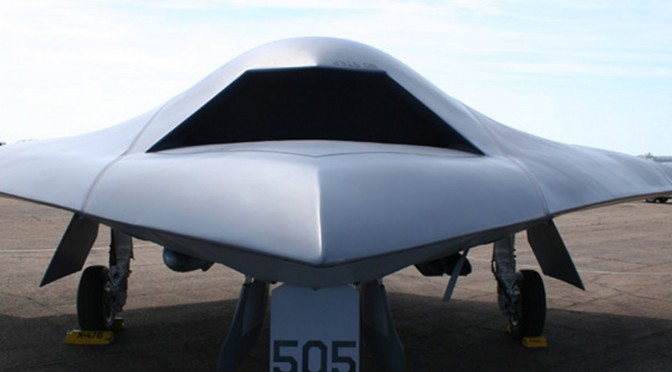 The following is adapted from an abstract for presentation at the Naval War College EMC Chair Symposium’s panel on Force Structure.

This paper’s theme is that our overly platform-focused naval force structure planning and acquisition system is burdened with so many inhibitors to change that we are ill prepared to capitalize on the missile and robotics age of warfare. Refocusing our efforts to emphasize the “right side” of an offensive kill chain to deliver kinetic and non-kinetic effects will aid in overcoming these challenges and prioritize our efforts where cutting edge technology can best be applied in naval warfare. I will address traditional foundations for force structure planning, inhibitors to changing force structure, and how focusing on the packages delivered instead of the delivery platforms will allow us to better leverage new technologies in the 2020 timeframe.

Ideally, naval force structure grows from national strategy, national treasure, technological advancement, and potential adversary capabilities. National strategy provides the rationale, purpose, and priority of choices to be made in creating a fleet. National treasure provides both the resources, and constrains that force strategic choices. New technologies provide opportunities for increasing fleet effectiveness, and may also potentially expose vulnerabilities for fleet survival when adversary capabilities are considered. This is a complex problem with only these four factors. However, U.S. force structure acquisition is also challenged by other influences. These other pressures inhibit capitalization of new technologies and slow reaction in the face of new challenges.

The most powerful of these is the inertia caused by an existing fleet being a large national capital investment with long build and life times. Ships and aircraft cost billions to design, build, and maintain. They require a capital-intensive industry requiring heavy equipment, infrastructure, and a skilled workforce, all generations in the making. The consequence is annual programming and budgeting decisions marginal in nature. It is the nature of a large fleet to evolve slowly, in lieu of revolutionary changes to its composition. This is a reality each Chief of Naval Operation faces when considering change to naval forces. Their relatively short tenure restricts their ability to execute a maritime strategy which has a real effect on ship and aircraft procurement.

Since our first six frigates were authorized in 1794, internal political and economic factors have been another major influence on fleet composition. Illustrated well by Ian Toll in his Six Frigates: The Epic History of the Founding of the U.S. Navy, the potential windfalls on local economies when selected to provide force structure generate powerful political pressures on force generation decisions and create the desire for stabilization once those selections are made. The senators and congressman representing districts which build ships and aircraft rightfully defend existing programs for the benefit of their constituents.

Next, the overly compartmentalized nature of fleet planning, budgeting, building, and maintenance due to large and resource-competing bureaucracies create a lethargic and inefficient environment for change. Multiple oversight agencies, including Congress, make any decision made by one program manager susceptible to overly zealous scrutiny which disincentivizes innovation. Our ability to implement rapid change is lost when stakeholders exceed the point where responsibility and authority can be clearly defined. This is not to argue that Congress should abandon their Constitutional authority to maintain a Navy, but the real change is needed inside the programming, acquisition, and maintenance system to return to a more efficient hierarchy of command to control fleet composition.  Many of these changes will require Congressional action to amend regulatory burden.

Finally, the very nature of a fleet’s strategic value engenders conservatism in senior naval leadership when faced with the options for change. This is not necessarily an unhealthy view as the loss of the fleet can mean the loss of sea lines of communication and therefore a war.  Nonetheless, overvaluing what worked in the last major maritime war at the expense of not recognizing technology that changes the conveyance of maritime power can mean a fleet unprepared to combat an enemy that is not so inhibited.

None of these influences on force structure planning can be lightly dismissed. The danger is that collectively they result in a harmful escalation of commitment toward obsolete platforms and only marginal changes in force structure in the face of major technological changes. The result today is a brittle U.S. Fleet that is susceptible to capability surprise and slow to react to adversary’s threats.

The United States is not unique in facing these challenges. Historically, major changes to naval force structure have resulted from war and/or great technology leaps. Ramming, row, and boarding vessels gave way to the naval cannon and sail; sail to steam; rifled gun and armor to aircraft; aircraft to missiles; and now we are on the dawn of a robotics age. Missiles, robots, miniaturization, hypersonic technologies, and artificial intelligence give the advantage to smaller, many, faster, and more lethal offensive capabilities. Our challenge is to not allow the restraints on the current force structure planning process to cede these advantages to potential adversaries.

Meeting each of the 2015 maritime strategic capabilities like all domain access, deterrence, sea control, power projection, and maritime security while constrained by the budget and procurement process and contested by potential adversaries’ growing capabilities will require new thinking in platforms, weapons, and command and control. Advancement into the robotic age allows us to emphasize options to achieve a desired tactical end state which enables our operational and strategic goals. This is somewhat a reversal in the traditional hierarchy of the levels of war. Yet, it is historically accurate. Technology empowers a tactical edge in maritime warfare, providing new operational and strategic choices. For example, investing in a very “smart” long range autonomous offensive missile that can out-range those of our adversary may permit us to build less expensive, less well defended ships from which to launch them thereby making sea control more affordable.

Consider a new frigate equipped with unmanned aerial vehicles to hunt, and long range missile to kill, against today’s DDG Flight III without a long range surface missile. Granted, better to have a DDG Flight III armed with the same long range missile, so long as we can afford sufficient DDGs with these capabilities to meet all the other requirements around the world, the most capacity-demanding being maritime security, but our budget constrains us. The message here is not necessarily to favor a frigate over a DDG, but to refocus our investments on less expensive “payloads” delivered, kinetic or cyber, not the more expensive delivery platforms. A stark example is a weapon that has huge maritime influence but no maritime platform, the DF-21. Focusing on offensive payloads also lessens many of the political, economic, and bureaucratic challenges associated with large capital investments associated with platform programs.

This “package focus” first is particularly applicable in the electromagnetic and cyber realm. Inexpensive, disposable UAVs employing radar reflectors or chirp jamming may be better delivery platforms for EM “packages” than a F-18 Growler. In the defense, developing “Left of kill chain” effects against an adversary need not be expensive, but does require synchronization with the movement of actual forces. The desired effects may rely as much on adversary perception as on physical outcomes. The solutions here may be more organizational, training, and in the area of concept of employment than force structure additions. However, it again allows us new options in force structure alternatives.

When building a fleet for contested environments with real financial constraints, our investments should be focused on the right side of our offensive kill chain, and on the left side of an adversary’s kill chain. In addition to putting the focus of warfare close to the enemy and further from us, this enables us to capitalize on technologies provided by the missile and robotics age and constrains the inhibitors to change from a platform focused acquisition system. Seeing missiles and unmanned systems as entities themselves, and not just extensions of manned platforms, is a concept needing early adoption. Creating an unmanned system resource sponsor in OPNAV N99 is a good first step. Empowering them with sufficient resources will be the next.

We are not there yet.  In the FY17 DoD President’s budget, a bit over 40% is allocated for aircraft procurement and shipbuilding, only 9% for munitions. Real change will be required, involving Congress and the Department of the Navy.