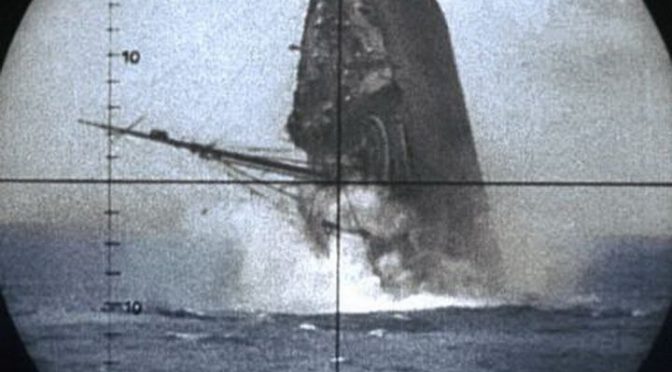 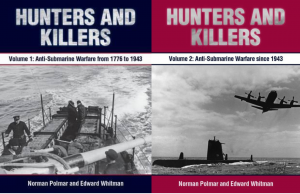 In their two-volume work, Norman Polmar and Edward Whitman have written the first comprehensive history of Anti-Submarine Warfare. As the authors note in their preface, there are histories of ASW campaigns as well as  both adversary and U.S. submarine operations, but no one has examined the discipline of ASW from its humble beginnings. Polmar and Whitman do just that in these two volumes, starting with the rudimentary ASW operations of the American revolution through the massive campaigns of the First and Second World War and finishing with the nuclear revolution and post-Cold War implications. Through their analysis, one can discern four factors that make ASW campaigns effective throughout history: numbers, technology, intelligence coordination, and organizational integration and concepts.

The most important conclusion that can be drawn from Polmar and Whitman’s analysis is that in ASW, numbers matter. While acknowledged as important, most navies do not appear to consider ASW as one of their most important capabilities and invest in it accordingly. Thus, during the interwar period, Polar and Whitman observe that the U.S. and Royal Navies drastically cut their ASW platforms both in absolute and relative terms, preferring to expend limited resources on larger, more prominent line combatants. Unfortunately, all the successful ASW campaigns they examined required presence over a large open-ocean area and a small number of highly capable combatants were not necessarily helpful, leaving the Allies to suffer severe losses until embarking on emergency building programs. To emphasize this point, in 1940 none other than Winston Churchill observed that large surface combatants (even if equipped with ASW weapons and sensors) were not effective escorts because they were valuable enough to become targets themselves. The most effective force structure during the ASW campaigns they examined consisted of long-range patrol aircraft and a large number of small, relatively expendable escorts.

The history of ASW is one of technological innovation by both submarines themselves and ASW forces. Polmar and Whitman do an excellent job explaining these complex technical developments in ASW (i.e. sound wave attenuation, convergence zones, etc) and translating them into layman-ese. However, it is important to note that they do not present technology as the solution for ASW dominance, but rather as a never-ending balance between offensive and defensive technologies. As ASW forces developed new technical capabilities such as depth charges, radar, and sonar, submarines countered with technologies such as snorkels, longer-range torpedoes and air-independent and nuclear propulsion. In the end, technology provided necessary tactical capabilities for an effective ASW campaign, but by itself was not sufficient to practice effective ASW.

Underlying all of these factors and capabilities is the awareness that ASW is a team sport. Integrating ASW platforms from multiple services, intelligence/cryptology sources, and new technical capabilities into an effective campaign required new organizations and employment concepts. The most well known ASW concept, one that was initially resisted during both World Wars, was the convoy system. While convoys probably had the biggest impact in reducing the effectiveness of enemy submarines, German submarines were able to at least partially adapt to it with their own “wolfpack” concept.  Other operational concepts that proved crucial to effective ASW included the development of hunter-killer groups (including escort carriers) to reinforce the convoys and the creation of dedicated ASW organizations (such as the WWII U.S. Tenth Fleet).

Although these volumes are a history of ASW and do not explicitly present policy recommendations, there are some lessons from Polmar and Whitman’s work that seem increasingly relevant today. First, reliance on a breakthrough technology to turn the oceans “transparent” is a risky proposition, as the Royal Navy discovered during World War II when their planned reliance on ASDIC (or active SONAR) for ASW proved not nearly as effective as hoped. Additionally, numbers matter, and effective ASW requires a force structure we lack today – namely small surface combatants and escorts (admittedly the LCS is small, but in this reviewer’s opinion it lacks range, combat capability, and is not designed as an escort). Lastly, ASW requires organizational integration in a way that has not been stressed in recent years. While the U.S. Navy (and close allies) have maintained ASW organizations and periodically exercised those capabilities since the end of the Cold War, convoys were last utilized during Operation EARNEST WILL in the Persian Gulf while the last ASW convoys appear to have been during World War II. It is not clear if we have truly exercised convoy tactics (much less having the merchant shipping in the current era to string together a convoy system) or have war-gamed a theater level war against dozens of commerce raiding submarines.

Overall, Polmar and Whitman’s two volumes are an amazingly comprehensive history of Anti-Submarine Warfare. This reviewer’s only complaint is that the analysis largely ends with the end of the Cold War. While the intensity of ASW operations declined at this time and more recent issues are admittedly difficult to research due to classification issues, there are a number of public ASW incidents that would have been worthy of including, from the 2007 incident where a Chinese submarine surfaced inside a U.S. carrier battle group to the 2009 deployment of a Russian Akula SSN in the Western Atlantic. These recent incidents, as well as changes in technology and command structures, would better complete their description of ASW. Despite that one critique, this is a very readable and informative set of books and one that should be required reading for every naval officer serving with surface combatants, submarines, maritime patrol aircraft, and undersea surveillance organizations.

Joe Petrucelli is a former submarine officer and current Naval Reserve officer. He is a PhD student at George Mason University and a Student Fellow at the school’s Center for Security Policy Studies. His opinions are his own and do not reflect the positions of the Department of Defense or his employer.

Featured Image: An allied ship is seen sinking through the periscope of a German U-Boat in WWII.

One thought on “Hunters and Killers”