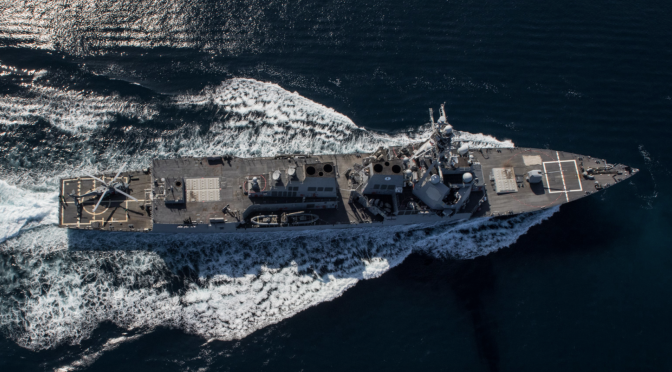 This past week CIMSEC featured a topic week offering ideas for the U.S. Navy’s Future Surface Combatant Program. In response to our call for articles authors shared insightful writings on potential new warships and how history should inform ship design. We thank the authors for their excellent contributions, listed below.

Black Swan: An Option for the Navy’s Future Surface Combatant by Brett Friedman

“The most compelling concept is the Black Swan Concept, proposed by the United Kingdom Ministry of Defense in 2012. It’s a modernized idea that traces its roots back to the Royal Navy and Royal Indian Navy Black Swan ships that served as convoy escorts in World War II.”

“History demonstrates the need to understand strategy, and a service’s role in that strategy, when modernizing a military force. In particular, a comparison of Britain’s largely successful naval modernization before the First World War can be compared to the less successful naval modernization and construction attempts in the U.S. from 1991 to the present. Comparing the underlying clarity of strategy in both modernization attempts offers major lessons to the modern policymaker that should be applied to the FSC’s development.”