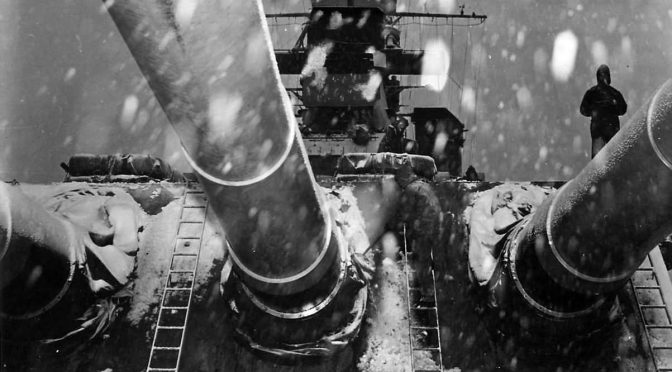 Last week CIMSEC featured articles offering future capital ship concepts in response to a Call for Articles from the U.S. Naval War College’s Institute for Future Warfare Studies. Authors discussed possibilities for future ship types, concepts of operations for the next generation of capital assets, and unique ideas about what really constitutes a capital capability in the modern era. Read on below to find the Future Capital Ship Topic Week author submissions.

The Network as the Capital Ship by Robert Rubel

“From the galleasses at the Battle of Lepanto to the aircraft carriers of today, the capital ship has been that ship type that is capable of defeating all other types. That is the general and simplistic definition of the term, but to speculate on the future capital ship, we must understand the underlying characteristics of a capital ship and its role in fleet architecture and design. We will start with the ship itself and then move outward to its context and implications for maritime strategy.”

“But what if sea mines could move themselves intelligently and coordinate their actions? They could rove the seas in advance of friendly fleet movements and position themselves into an adversary’s path. Multiple mines could strike a single target. Naval mines could become a critical aspect of seapower. Networks of naval mine swarms could become the future capital ship.”

Return of the Sea Control Ship by Pete Pagano

“Such a platform is the key to the future of maritime warfare not because it is a replacement for the conventional takeoff and landing (CTOL) aircraft carrier, but rather because it is a complement that will free up the larger and all too few fleet nuclear powered aircraft carriers to focus on the power projection mission of striking enemy targets inland during a high intensity conflict.”

“As with what happened in WWII and elsewhere, the Navy and the U.S. military writ large will run the risk of employing tactics and technologies that are not yet fully inculcated into the force if war breaks out. Given the current pace of change, that risk may never go away. What should be clear, at least for now, is that there is still a place for capital ships in high-end warfighting. The distributed fleet of tomorrow can become real if capital ships dedicate themselves toward prosecuting the most important and elusive target of all: information.”

“The Mission Command Vessel (MCV) capital ship of 2035 is a “key node” in the global U.S. Defense network dominating the tactical area of responsibility (TAOR) assigned to it. The vessel is usually supported by, and is at the center of, an accompanying Advanced Task Force (ATF). The MCV integrates their systems and capabilities for maximum combat power and efficiency. It is the ability within an ATF to integrate different weapons systems and different types of vessel to maximum effect that makes the MCV a ‘capital ship.'”

“There is a lively debate as to what the next capital ship or system will be, but it will still likely be affected by the same financial, technological, and strategic influences that drove past capital ship changes. Any new capital ship must be capable of greater sustained ordnance delivery over time than its predecessor. Given the changes of the last decade in terms of a new era of strategic, great power competition, the rapid advance of many technologies, and financial shortfalls for many nations in terms of naval spending, the question of the next capital ship remains a healthy one open to continued debate.”

“The essentials of the scenario at this essay’s beginning have been carried out piecemeal against first-rate navies in the last few decades, and yet have either been random acts of violence and vandalism, of incompetence and natural causes, or haven’t left enough evidence to warrant a hard-power state response. This might illicit distaste in proponents of traditional seapower platforms, so once did steam power, iron hulls, submarines, and aircraft carriers. The need, or possible existence, of the most supremely effective naval platform for its era will not be obsolete for as long as nations and peoples use the world’s finite sea lanes and marine resources. But the idea that this platform must, however, be now and for always a ship no longer holds water.”