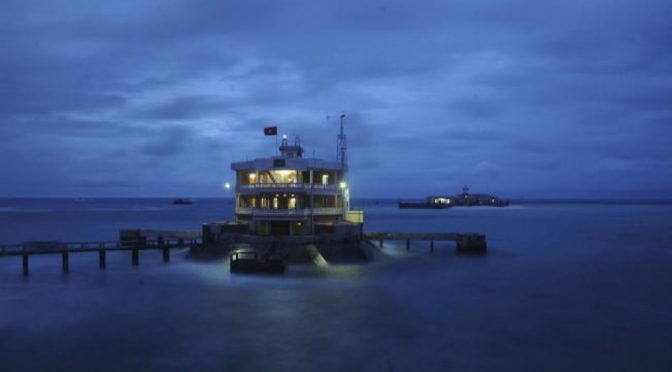 In his piece, Mr. Pham “lays out recommended ways and means that Washington can regain and maintain the strategic initiative in the Indo-Pacific.” However many of his recommendations are based on false assumptions and if implemented are likely to be ineffective and counterproductive.

Mr. Pham fears that “years of American acquiescence and accommodation may have eroded the international rule of law and global norms; diminished the regional trust and confidence in U.S. preeminence, presence, and constancy; weakened some of the U.S. regional alliances and partnerships; undermined Washington’s traditional role as the guarantor of the global economy and provider of regional security, stability, and leadership; and perhaps even emboldened Beijing to expand its global power and influence and accelerate the pace of its deliberate march toward regional preeminence and ultimately global preeminence.” But the rapid decline of U.S. soft power in the region is not due as much to “American acquiescence and accommodation” to China as it is to American political arrogance, cultural chauvinism, and a general lack of respect for its allies and ‘friends’ in the region  and their peoples. Its hypocrisy, interference in domestic politics, and support of brutal dictators did not help. It is now beginning to experience the inevitable blowback from this attitude and behavior and its reign as regional hegemon may be coming to an end. It may well eventually be replaced by China in the region, but for Mr. Pham to assert that China will attain “global preeminence” is premature at best. Indeed, if China does not learn from the American experience, it may well repeat its mistakes and suffer a similar fate.

Mr. Pham asserts that “Washington cannot back down now in the SCS. To do so would further embolden Beijing to expand and accelerate its desperate campaign to control the disputed and contested strategic waterway through which trillions of dollars of global trade flows each year…”  He assumes first that China can ‘control’ the South China Sea and two that such ‘control’ would threaten commercial freedom of navigation. But as Ralph Cossa, President of Pacific Forum CSIS, says, there is little to worry about, at least for the U.S. :“The South China Sea is not and will not be a Chinese lake and the Chinese, even with artificial islands, cannot dominate the sea or keep the U.S. Navy out of it.”  According to retired Admiral and former Director of U.S. National Intelligence Dennis Blair, “The Spratlys are 900 miles away from China for God’s sake. Those things have no ability to defend themselves in any sort of military sense. The Philippines and the Vietnamese could put them out of action, much less us.” More to the point, retired Admiral Michael McDevitt of the center for Naval Analyses asks skeptically, “What vital U.S. interest has been compromised? Shipping continues uninterrupted, the U.S. continues to ignore… their requirement for prior approval, our MDT with Manila remains in force…”

Regarding freedom of navigation, Mr. Pham and I have debated this before. I will only reiterate here that the two countries – one a ratifier of the 1982 UN Convention on the Law of the Sea – which elaborates the concept – and one not – differ on what activities are and are not encompassed by the term. China has not threatened commercial freedom of navigation nor is it likely to do so in peacetime. But the U.S. and Mr. Pham cleverly conflate the freedom of commercial navigation with the freedom to conduct provocative intelligence, surveillance, and reconnaissance (ISR) probes and then argues that when China challenges these probes it is violating “freedom of navigation.” Mr. Pham ignores the problem that because the Convention was a “package deal,” non-ratifiers like the U.S. cannot credibly or legitimately  pick and choose which provisions they wish to abide by, deem them customary law, and unilaterally interpret and enforce them to their benefit. This is especially so regarding the EEZ regime which UNCLOS introduces as sui generis, and which –contrary to U.S. military advice given to its naval officers – does have some restrictions on “freedom of navigation.” They include the duty to pay “due regard” to the rights of the coastal state including its marine scientific research consent and environmental protection regimes protecting as well as its national security. Moreover, China and the U.S. disagree on the meaning of key terms in UNCLOS relevant to the freedom of navigation and which are not defined in the Convention. Besides “due regard” these terms include  “other internationally lawful uses of the sea”, “abuse of rights”, “peaceful use/purpose”, and “marine scientific research.” The point is that the UNCLOS “rules” regarding freedom of navigation are not “agreed.”

Another of Mr. Pham’s major assumptions is that “Washington has a moral and global obligation of leadership to further encourage and challenge China to become a more responsible global stakeholder…” The U.S. is no longer the world’s moral leader – if it ever was – certainly not from the perspective of China and much of Asia – if not the world. Moreover Mr. Pham’s statement reflects the cultural arrogance that has drawn the U.S. into endless wars—and should be disregarded on that basis alone.

These false assumptions are accompanied by several misleading statements. For example Mr. Pham alleges that China broke  “a 2002 agreement with the ASEAN not to change any geographic features in the SCS”,  and “…the 2015 agreement between Xi Jinping and Barack Obama to not militarize these Chinese-occupied features.”

First, the 2002 Declaration on the Conduct of the Parties in the South China Sea (DOC) does not contain such language and Mr. Pham is apparently interpreting its language for his own purposes. His interpretation is not shared by China, Vietnam, Malaysia, the Philippines, and Taiwan. All have altered the features they occupy to some degree since the agreement on the DOC. Second, according to China, President Xi Jinping agreed to no such thing. This statement repeats a biased interpretation of China’s President Xi Jinping statement regarding the “militarization” of the features. The original quote in Chinese was translated into English as “Relevant construction activities that China are (sic) undertaking in the island of South (sic)–Nansha (Spratly) Islands do not target or impact any country, and China does not intend [emphasis added] to pursue militarization.” That is considerably more ambiguous than Mr. Pham’s interpretation. Chinese spokespersons have since implied that if the U.S. continues its ISR probes, exercises, and Freedom of Navigation Operations challenging China’s claims there, China will prepare to defend itself. Given that the U.S. has continued these missions, it should come as no surprise that China has responded as it said it would.

Based on false assumptions, Mr. Pham essentially recommends U.S. military confrontation of China in the South China Sea. Such confrontation could lead to war—on behalf of others’ disputed claims to ownership of tiny features and resources there. That would not be in the core national security interest of the U.S.