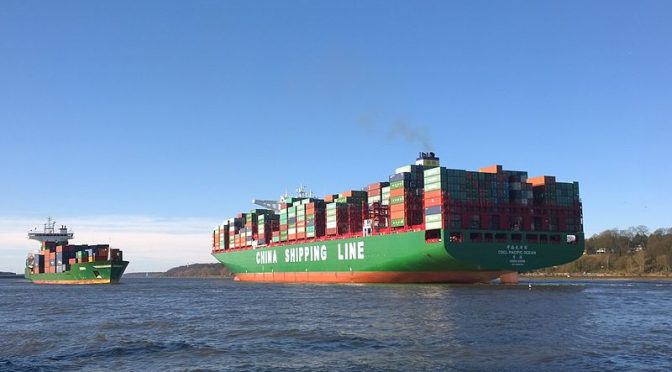 Though the Indian Ocean was considered exotic for centuries, it was transformed into a mere colonial sea by the 18th century. The European powers divided the South Asian continent among themselves to a degree that these South Asian countries no longer identified with the larger whole. However, the British retreat from the region and subsequent de-colonization spree around the periphery of the Indian Ocean raised a complex situation of an Indian Ocean vacuum. By the end of the 1940s many of the countries in Africa and Asia became independent from their colonial rulers and many of these newly emerged free countries lived in the littoral of the Indian Ocean. The British announcement in 1968 to withdraw from east of the Suez by the end of 1971 marked the end of over 150 years of British supremacy in the Indian Ocean.

Thus, the Second World War ended colonialism and the European countries ceased to be the rulers of this ocean. The United States and the Soviet Union became the new involved parties. However, even though the Cold War divided the world into two blocs, both the U.S. and USSR did not seriously attempt to fill the vacuum left by the British in this area. Now in the Post-Cold War era, according to Ashwani Sharma, “the realm of world politics had transformed beyond all recognition, as was the Indian Ocean in its appearance and role, implicitly and explicitly due to the metamorphoses of the world.” During that period, the geo-strategic undercurrents of the Indian Ocean had changed significantly due to the tireless struggles of new players in the region, especially China and India, to achieve strategic aims in the IOR. Though the United States still holds an impressive locus in the Indo-Pacific, the complex upheavals during the last century only allowed them to restructure their strategy to truly sustain its dominance in the area only recently.

This region, the Indo-Pacific, is at present one of the fastest developing regions of the world, displaying unmatched vigor in socio-political, economic, and geo-security terms. Robert Kaplan has rightly stated that “the 21st-century power dynamics will be revealed in the backdrop of keen interest and influence of three key players, i.e., China, India, and United States and their interests could be some sort of an overlap and intersection.” In short, the Indo-Pacific has rightly emerged as the economic and geopolitical center of gravity of the world in the 21st century. China unlocked its economy in the year 1978 and accomplished approximately a rate of 10 percent growth for three decades. China has lifted millions of people out of poverty through a systematic growth pattern. China has now risen to become the second largest economy in the world, second only to the United States. Japan, which enjoyed the position of the only Asian developed nation for decades, was pushed to the world’s third position. With their vigilant strategic investments, China’s economic growth and global influence are increasing.

After China declared itself the People’s Republic of China in 1949, its naval operations were limited to defending the coasts for nearly three decades until the 1980s. By the end of that decade, the strategy sought to expand its naval capabilities beyond coastal waters. Most of the Sea Lines of Communications of China pass through the Indian Ocean and a few through the Pacific Rim. One of China’s foremost concerns is the protection of these SLOCs. The Indian Ocean is home to major chokepoints that Chinese vessels must traverse and where any threat in this ocean directly distresses the ambitions of China. The rise of China as a superpower in Asia and its revival of the ancient Maritime Silk Route (MSR) and One Belt One Road Initiative (OBOR) have raised concerns in India. Any nation, in order to ensure its sphere of influence would not only accumulate strength to its camp but also take measures that ensure that the enemy’s camp would be weakened without adequate logistics. In addition to port construction and acquisition efforts in the Indian Ocean that add to the value of these SLOCs and strengthen China’s logistical infrastructure, China’s concurrent naval modernization efforts also generate concerns for India. The evolution of Chinese naval modernization has been steady and it has eventually become the largest navy in Asia today, with a plentiful addition of surface ships and submarines. Far seas training and deployments in this region have become the new norm for China’s Navy.

China aims to create a counterbalance through economic and strategic partnerships with the various littoral nations in the IOR in order to reinforce her existence in the region. China’s investment in Hambantota in Sri Lanka, its electronic gathering amenities in isolated islands in the Bay of Bengal, the Chittagong Port of Bangladesh, and others are certain instances to prove China’s increasing interest in the IOR. China has maritime disputes with many of its neighbors and many of the Southeast Asian nations are in conflict with China over the latter’s expansionist tendencies and dominance. However, China has no major disputes or tensions with India’s neighbors in the IOR and is instead cultivating maritime partnerships with these states. For example, China is building maritime relations with Pakistan through its investments in Gwadar Port and a mainland highway connecting Gwadar to Kashgar in the Xinjiang region. All these efforts ensure that China will be somewhat relieved from the threat of chokepoints in the Indian Ocean and will have a smoothly flowing trade and supply chain.

Due to India’s growing dependence on oil and energy resources, any interference in the stability or peace of the Indian Ocean will have a cataclysmic impact on the economic and political stability of the nation. A peaceful and reliant Indian Ocean is the responsibility of the littoral and island states in this region to an extent that the “overall political character of the Indian Ocean had changed from one of European dominance to that of local assertion.”

Aswani Dravid is an Assistant Professor at the Department of Public Policy and Administration in University of Petroleum and Energy Studies, Dehradun, Uttarakhand.

Majumdar, D. (2016, June 27). Why the US Navy Should Fear China’s New 093B Nuclear Attack Submarine. The National Interest. Retrieved from http://nationalinterest.org/blog/the-buzz/why-the-us-navy-should-fear-chinas-new-093b-nuclear-attack-16741

Wearden, G. (2010, August 16). Chinese economic boom has been 30 years in the making. The Guardian. Retrieved from https://www.theguardian.com/business/2010/aug/16/chinese-economic-boom