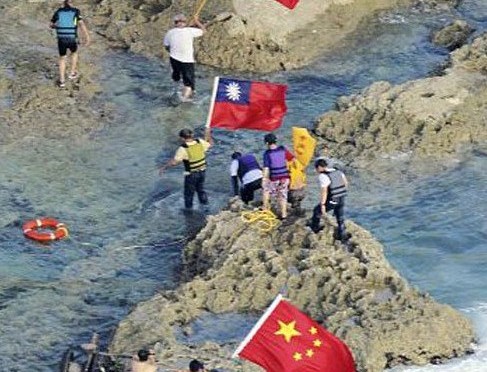 Given the continued tensions in the East and South China Seas, and the constant speculation on whether Beijing may choose to escalate, it can be useful to have a look at how the PRC has traditionally resorted to force, and in particular the 1962 Sino-Indian War.

Professor Brahma Chellaney wrote an interesting summary of Communist China’s approach to war, based on that conflict, which saw the Chinese Army penetrate deeply into India for 32 days, after which “Beijing announced a unilateral ceasefire, and the war ended as abruptly as it had begun. Ten days later, the Chinese began withdrawing from the areas they had penetrated on India’s eastern flank, between Bhutan and Burma, but they kept their territorial gains in the West—part of the original princely state of Jammu and Kashmir. India had suffered a humiliating rout, and China’s international stature had grown substantially”. The six principles displayed were:

When it comes to the Senkaku Islands, a question is whether these principles may be employed, in the form of an airborne or seaborne landing of troops or a mixed force of military personnel and “activists”, bypassing the Coastguard units shielding them and taking advantage of the lack of land forces.

Concerning surprise, we can see a clear distinction between 1962 and this scenario in terms of strategic surprise. Beijing is announcing every day that she wants the Senkaku, and not making any effort at all to pretend that she is only ready to resort to non-violent means. No ambiguity here, therefore no strategic surprise is being sought. At the tactical level, on the other hand, there is no surprise either in the constant harassment at the hands of paramilitary assets or “civilian” expeditions, but this could be a cover behind which to prepare a landing by military or other government personnel. It is here that surprise may lie, since Beijing may try to take advantage of the presumption that it is only unarmed activists who try to land, inserting an armed force, maybe by air.

With regard to concentration, the nature of the islands means that this principle would not be applicable in exactly the same sense as it was in 1962. Rather than hitting “as fast and as hard as possible”, as Chellaney explains China did against India, the goal would be still be to do it as swiftly as possible but not as hard as possible, rather the contrary, since the idea would be to avoid a clash with the Japanese Coast Guard or other government agencies. Beijing’s goal would be to force Tokyo to take the always difficult decision in a democracy to fire the first shot.

When it comes to striking first, again we have to note an essential difference. Beijing would still be interested in surprise, as already noted, that is she would try to make the first move (and by definition she would, since the islands are already in Japanese hands) but not to shoot first. This would be a major difference with 1962 or with the 1979 “lesson” against Vietnam.

The idea that an attack should be launched at the right time, with a view to a favourable worldwide state of affairs, remains as relevant as ever. This is linked to one of Beijing’s imperatives, preventing the US from coming to Japan’s aid. It would also involve other, regional, powers however. China has a need to keep an eye on Russia, Vietnam, the Philippines, and India, among others. It must be said, concerning this, that while it is true that Beijing has usually been smart to launch its limited offensives at the right time (this includes the seizure of the Paracel Islands, occupation of Johnson Reef, and capture of Mischief Reef), when it comes to Japan she miscalculated in 2010. Beijing imposed an embargo on rare earths exports in reaction to the arrest of a trawler’s skipper, not only failing to secure any objective beyond his release but unleashing a major effort to implement alternative technologies, recycle, seek new suppliers, and even explore seabed deposits. The result is that Japan has significantly cut down her dependence on Chinese rare earths.

The tendency to carry out “defensive counterattacks” seems to be a constant in Chinese behaviour, which Chellaney reminds his readers had already been noted by the Pentagon in its 2010 report on “Military and Security Developments Involving the People’s Republic of China” to Congress. This report lists a number of instances where Beijing chose to seize the initiative, while framing her actions in a “response” narrative. In a way this is already been happening in the Senkaku Islands, since after each incident Beijing not only rejects Japanese protests but actually issues her own, saying that they are part of her territory and that therefore it is Japanese units which are trespassing. The text also points out how Chinese doctrine calls for waiting for the enemy to strike first, while defining that first strike in political, not necessarily military, terms. Thus it is fine to be the first to resort to force in reaction to a political offensive. The report quotes from “the authoritative work, Science of Military Strategy,” to explain that “Striking only after the enemy has struck does not mean waiting for the enemy’s strike passively.… It doesn’t mean to give up the ‘advantageous chances’ in campaign or tactical operations, for the ‘first shot’ on the plane of politics must be differentiated from the ‘first shot’ on that of tactics… if any country or organization violates the other country’s sovereignty and territorial integrity, the other side will have the right to ‘fire the first shot’ on the plane of tactics.'”

Would this doctrine be compatible with a sneak landing on the Senkaku Islands? It could fit with it if we expanded it to comprise three, as opposed to two planes. The first one would still be the political, with Beijing claiming (as she does) that the islands are hers and that therefore the Japanese are invaders, a position made much easier to sustain by Tokyo’s reluctance to develop the islands, thus contradicting her claims that not only do they belong to the country but that there is no territorial dispute. The second one, where Beijing would be taking the initiative, would be the “tactical-cold” one, that is the employment of force (in the sense of deploying military or paramilitary personnel in violation of Japan’s borders but without inflicting casualties). Finally, the third would be the “tactical-hot,” that is the actual employment of weapons with live fire, where China would rather have Japan be the first to shoot, in the knowledge that it is difficult for democracies to take such decisions and thus in the hope that Tokyo would refrain from doing it or that, if she did, this could be used to Beijing’s advantage on the propaganda and diplomacy fronts.

Finally, with regard to China’s tendency to gamble and take risks, Chellaney notes that this could be furthered by her “second-strike nuclear capability and unprecedented economic and conventional military strength.” In addition to these two powerful factors, we could perhaps mention two additional ones, whose impact is less clear cut but which may nevertheless have some influence: a possible economic crisis and popular demand for the seizing of the Islands. Concerning a crisis, a growing number of voices are alerting about the possibility that the country’s uninterrupted economic growth may sooner or later be brought to a halt. Whether that would prompt a more cautious foreign policy or on the contrary whet Beijing’s appetite for adventures is open to debate. With regard to her domestic public opinion, Beijing is playing a dangerous game by pushing so hard for the Senkaku Islands and thus risking becoming a prisoner of her own narrative. This brings to mind Hugh Bicheno’s comment, in his unofficial history of the Falklands War, that territorial conflicts may be useful to “distract the masses,” but that this “creates an issue others will exploit to question the Nationalist credentials of whoever is refraining from recovering the lost lands.”

We can thus conclude that Communist China’s traditional approach to force, as exemplified by the 1962 War, means a clear danger that Beijing will try to seize the Senkaku Islands by inserting forces and daring Tokyo to be the first to open fire.

2 thoughts on “Communist China’s Approach to Force: 1962 Lessons for the Senkaku Islands?”