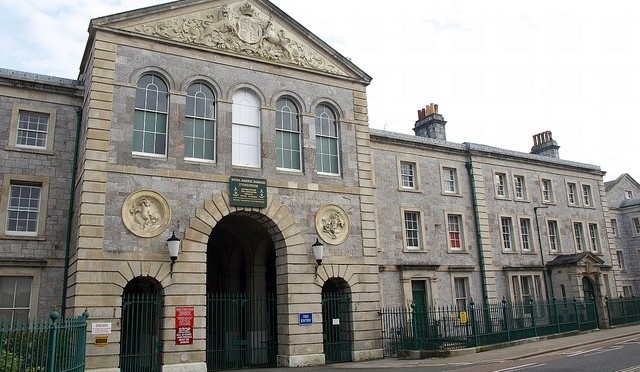 In early November, the UK Chapter of CIMSEC hosted its first official meet-up at Stonehouse Royal Marine Barracks in Plymouth. The atmosphere was very lively and the air was thick with intense discussion and debate about a range of maritime and security issues including international counter-piracy strategy, the modern utility of aircraft carriers, the role of the Royal Marines and the even the future of the British military itself. Whilst some of us had come only a short distance, several people had journeyed from hundreds of miles away to attend the gathering. Yet all of us were there to meet each other, make new friends, talk and ultimately indulge our mutual interest of maritime security.

As well as being part of CIMSEC’s editorial staff I am also the UK Chapter President. As I am sure other chapter presidents will tell you, organising events can be ‘challenging’. Trying to find mutually suitable dates, arranging meet-up times, the prospect of travel and accommodation and the task of coordinating it all, is a difficult (but a highly rewarding) process, yet in my case the biggest issue was venue. The members of the UK Chapter are scattered across the country and to get maximum attendance at our first official event I wanted a venue with a distinct maritime or military significance. A venue that would stand-out and encourage people to get in their cars! Yet where was to I find such a place? Happily this was solved with the help of a very good friend of mine WO1 (RSM) Steph Moran RM and the generosity of 30 Commando Royal Marines who invited us into the Sergeants Mess at Stonehouse Barracks where we were welcomed with open arms!

Before moving on to discus the event itself, I would like to briefly tell you more about the venue and its significance. Like many British military establishments Stonehouse Barracks has a prestigious history. It was constructed in 1781 and the first troops occupied the barracks in 1783. Over the years, successive wars have resulted in several extensions of Stonehouse Barracks, notably; the Crimea War of the 1850’s which demanded further accommodation, when the East Block was extended and in 1882, the year of the Anglo-Egyptian War, the resplendent Globe theatre was constructed. To this day Her Majesty’s Royal Marines, as their cap badge depicts, are still deployed in conflict situations across the globe. Their Barracks, although progressively updated, still displays the architectural heritage of the 19th century, with the essence of the Corps ingrained in its stonework. With this backdrop the CIMSEC UK Chapter hosted its inaugural event.

As well as its location this event was also fairly unique in that it was held over the course of two days. The first night (Saturday) was spent with everyone getting to know each other, enjoying the buffet and facilities of the Mess and debating a wide variety of issues. After talking long into the evening it was with regret that some of our number had to depart but most of us retired to the rooms, each of which had its own military character, kindly arranged by RSM Moran prepared for us by the Mess staff.

Sunday morning (Remembrance Sunday) was met with reveille, a room inspection and a parade ground muster, well not quite! We were actually greeted in the Mess by a very convivial breakfast made for us by Mess stewards. Without exception everyone opted for the traditional ‘Full-English’, which was absolutely superb. After breakfast we all walked down to the city to join the Royal Marines and thousands of other service personnel and civilians for the Remembrance Day Services being held on Plymouth Hoe. After observing the traditional two minute silence and singing the National Anthem (God Save the Queen) Dr Alexander Clarke (fellow CIMSEC member/contributor and Principal Researcher with the Phoenix Think Tank) and I, laid wreaths at the base of the Plymouth Naval Memorial on behalf of our respective groups in honour of the fallen. Each of us who attended had our own personal memories of those who had served or given the ultimate sacrifice, allowing us to enjoy liberty today.

Over the years I have attended and participated in a number of Remembrance Services, yet this year [2014] has been a particularly poignant and special time. I have shared this important day with many remarkable people standing on the Hoe and walked amidst the shadow of men and women who have fallen in conflict. For many nations across the globe this year marks the centenary of the beginning of the First World War but also recognises the  many thousands of men and women that have fallen since that time. Each year the names of the fallen in conflict in that year are read out, let us hope that the time will come when those names eventually fall silent.

I would like to express my sincerest thanks to everyone who attended the event, it was really good to meet to with you all and I hope to see you again in the New Year. I would also like to give special thanks to RSM Moran and all the staff of the Sgt’s Mess at 30 Commando Brigade for their kindness and hospitality in making the first official meet-up of the CIMSEC such a memorable event.

We have been invited back to Stonehouse for a future event and I am planning on hosting a meeting there during the early part of 2015. As well as arranging this, I’m the throes of organising several other events and will be sure to keep everyone posted as to the details, so for those UK members who could not attend this time, I very much hope you’ll be able to come to one of these meet-ups. I look forward very much to meeting with you.

Finally, if anyone would like to suggest a venue for the UK Chapter, please contact me on cjstockdalegarbutt@gmail.com

Chris Stockdale-Garbutt holds B.A (Hons.) in History and an M.A. in Applied Strategy and International Security from the University of Plymouth and the Britannia Royal Naval College Dartmouth Strategy and Security Studies Group. He joined CIMSEC in December 2013 and takes an active role within CIMSEC, serving as an associate editor, a panelist on the East Atlantic Sea Control podcast and UK Chapter President. He is currently studying for a PhD in maritime peace and stability operations with the Defense Studies Department at King’s College London.