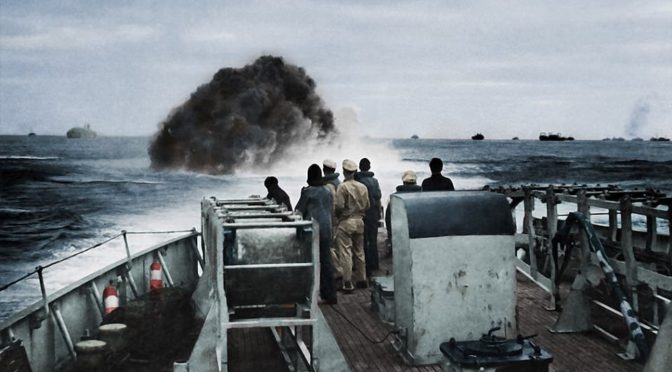 Foreign Policy’s list of the “five top global choke points” includes the well-known maritime chokepoints of the Strait of Hormuz, the Strait of Malacca, and the Suez Canal, in addition to two-land based resource bottlenecks: the Abqaiq Oil Processing Facility and the Druzhba Pipeline.1 These chokepoints “potentially could play an outsized role in strategic competition.”2

Ultimately, the intent of identifying a chokepoint is to find an efficient shortcut to victory. As such, at times it can function as a kind of intellectual “silver bullet.” As one naval officer recently insisted regarding the importance of a Bering Strait chokepoint in an Arctic conflict, for example, it is the “operational imperative that will win any future Arctic conflicts.”3 But securing victory tends to be far more complex and challenging, and controlling chokepoints provides no guarantee of winning, although it certainly may make the process easier.

Institutional proclivities and culture, moreover, may prevent the right chokepoint from being identified, as can be seen in the Battle of the Atlantic. The longest-lasting operations of World War II occurred in the Atlantic Ocean, as German U-boats squared off against a vast array of Allied sea and, increasingly, air power. The Battle of the Atlantic also manifested itself as a war of ideas, with many naval officers and airmen advocating offensive action against U-boats in a manner that threatened to take away from the air and sea power that was being used to defend convoys and escort merchant shipping.

In seeking to defeat the U-boats through offensive tactics, some leaders focused on what they considered to be the key chokepoint: the alluring Bay of Biscay, the area that almost all U-boats transited on their way to the Atlantic’s hunting grounds before returning back to their ports for refitting and resupplying. Commander of the Royal Air Force’s Coastal Command John Slessor, for example, sought to “fell the tree by cutting through its trunk.”4

These offensive operations did pay dividends, forcing the U-boats to travel through the bay underwater, which cut significantly into the time they could spend at sea.5 But it is important to determine, as much as is possible, how efficiently and effectively the Coastal Command and others used these assets in comparison to assets doing convoy duty.6

Despite his reputation for offensive action, Alfred Thayer Mahan had explained in the nineteenth century that convoys provided greater success “than hunting for individual marauders—a process which, even when most thoroughly planned, still resembles looking for a needle in a haystack.”7 Technological changes in the intervening years had not upended this claim’s validity. The Royal Navy and others, however, tended to disagree. During the interwar period, the Royal Navy insisted that ASDIC, or an underwater detection device, had made antisubmarine warfare relatively easy.8

Military culture, moreover, tended to favor aggressive approaches. 9 Finding, much less killing U-boats, in even the relatively restricted Bay of Biscay proved challenging to say the least. From June to December of 1941, an offensive in the bay sank one submarine after thirty-one submarine sightings.10 Even as technology improved, those flying in the bay from June to September 1942 saw one U-boat per 164 flying hours. The anti-submarine warfare crews of October 1942 to February 1943 suffered even more boredom, spotting one U-boat for every 312 tedious hours of flying. During Operation Gondola, which lasted from February 6 to 15 of 1943, the Allies sought to destroy the 78 U-boats that sailed through the area in that timeframe. Aircraft, though, only saw 18 U-boats. And, of the seven attacked, only one did the Allies the favor of sinking.11

It did not help that almost 70 percent of the time, U-boats spotted planes first, giving them time to dive to safety.12 Meanwhile, the number of U-boats in the Atlantic rose from 358 in August of 1942 to 420 by May of 1943 as German factories continued to churn them out and huge concrete ports continued to protect them. Yet Coastal Command’s patrols in the Bay of Biscay only killed about 42 submarines during an even longer timeframe from July 1942 to December 1943.13 New trees shot up faster than Slessor could make dents in the trunk.

Figure 1 below demonstrates the U-boat kills by aircraft providing convoy escort in the Atlantic versus those flying air patrols over the Bay of Biscay during sixteen months from March 1942 to July 1943. During this timeframe, aircraft escorting convoys sank 59 U-boats while aircraft flying patrols in the bay sank 32. Aircraft on convoy duty sunk more U-boats every month except for two, one in which aircraft in the Bay of Biscay sunk two U-boats and aircraft on escort duty sank none (July 1942), and another month in which they tied (August 1942).

Moreover, merchant ships’ safe arrival served as a better measure of effectiveness than the number of U-boats killed, as long as U-boats could be kept to a manageable number and shipping could be replaced, which it could. Throughout the Battle of the Atlantic, the real chokepoint was not a single geographical area, but wherever the convoys were.14 Slessor got it wrong, in part because the war was too complicated to be reduced to simple solutions, however tempting or seemingly logical.

The U-boats’ limitations, more so than fixed geographical chokepoints, shaped the Battle of the Atlantic’s nature. As mentioned, U-boats had to sink merchant shipping to have any strategic effect. To sink shipping, U-boats had to reveal themselves around the convoys. And as soon as they revealed themselves, they became highly vulnerable. The primary responsibility of Allied aircraft and ships, by contrast, was to provide enough prosaic protection to get the required amount of resources safely across the Atlantic.

Viewed from the other side, the Germans did not have a strategic chokepoint defined by geography in the Battle of the Atlantic. Instead, their strategic chokepoint was found in the area that Allied aircraft could not reach until the spring of 1943 known as the “gap.” U-boats took advantage of the outsized effect in the “gap” because they could attack shipping safe from aircraft. Once the Allies devoted the less than 50 very-long-range aircraft needed to patrol this area, the Germans’ strategic chokepoint simply disappeared, a stretch of ocean about six hundred miles from north to south by three hundred from east to west now no longer a viable hunting ground (see Figure 2 below).15

In light of this case study, it is worth thinking about the world’s far better known geographic and resource chokepoints, especially in light of how technological changes over the next thirty years might result in the oceans becoming “transparent” enough that even submarines can be detected relatively easily. Making matters worse, given the current Western advantage in submarine technology, some researchers also believe that developing counter-detection technology capable of hiding submarines will be unlikely.17 As such, they conclude the “strategic importance of geographic chokepoints in the ocean is likely to decline.”18

Much can be gained, then, by conceptualizing chokepoints more broadly as areas of temporary advantage that may be created or destroyed through the application of either new capabilities or existing ones in ingenuous ways to create an outsized advantage. In the case of the Battle of the Atlantic, these types of chokepoints resulted in the greatest strategic effect. Ultimately, chokepoints might have the most outsized effect when leaders, as Clausewitz instructs us, can interact within the “play of chance and probability within which the creative spirit is free to roam.”19

Heather Venable is an associate professor of military and security studies in the Department of Airpower at the United States Air Force’s Air Command and Staff College. As a visiting professor at the U.S. Naval Academy, she taught naval and Marine Corps history. She received her Ph.D. in military history from Duke University. She is also a member of the Marine Corps University’s Krulak Center Non-Resident Fellows Program. The views here are her own and do not necessarily reflect those of the U.S. Air Force, the Command and Staff College, or the U.S. Department of Defense. You can follow her on Twitter @Heather_at_ACTS and Linkedin.

1. “The List: The Five Top Global Choke Points,” Foreign Policy, 8 May 2006; https://foreignpolicy.com/2006/05/08/the-list-the-five-top-global-choke-points/. I am grateful to Ryan Wadle, Josh Howard, and Tyler Morton for reading and commenting on this article.

17. However, Claire Chennault insisted before radar was developed that the bomber would not be “the first exception to the ancient principle that for every weapon there is a new and effective counter weapon.” The principle remains possible for counter-detection efforts.

Featured Image: Coast Guardsmen watched the explosion of a depth charge that stopped a Nazi U-boat from breaking into the center of a large convoy in April 1943. (National Archives, colorized by Paul Reynolds)

5 thoughts on “Chiseled in Space: Temporary, Non-Geographic Chokepoints in the Battle of the Atlantic”