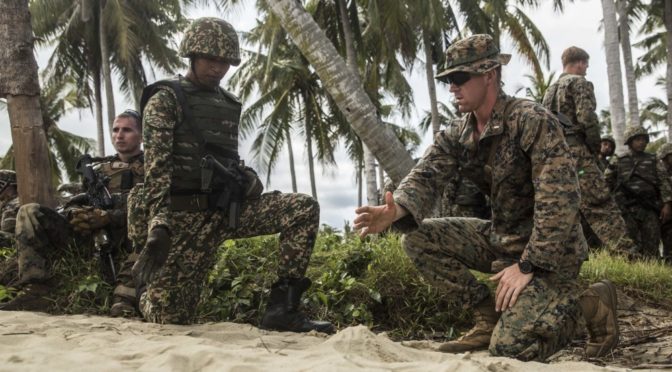 The INDOPACOM AOR continues to be a primary focus of U.S. naval forces, and the area is of central importance to China. The strategic chokepoints and littorals of the region, such as the Malacca Strait, have major military and economic significance. Each chokepoint has different environmental factors, from size, location, and depth. Additional regional factors, such as piracy, are also strongly related to geography.

This map describes the strategic importance of Southeast Asian littoral geography to China’s interests. By studying the map the user sees correlations between China’s diplomatic and economic investments and chokepoint geography. This map may be used as a starting point for wargames and discussing policy options.

Click on the map below to view it more closely and hone in on the strategic chokepoints of the region. 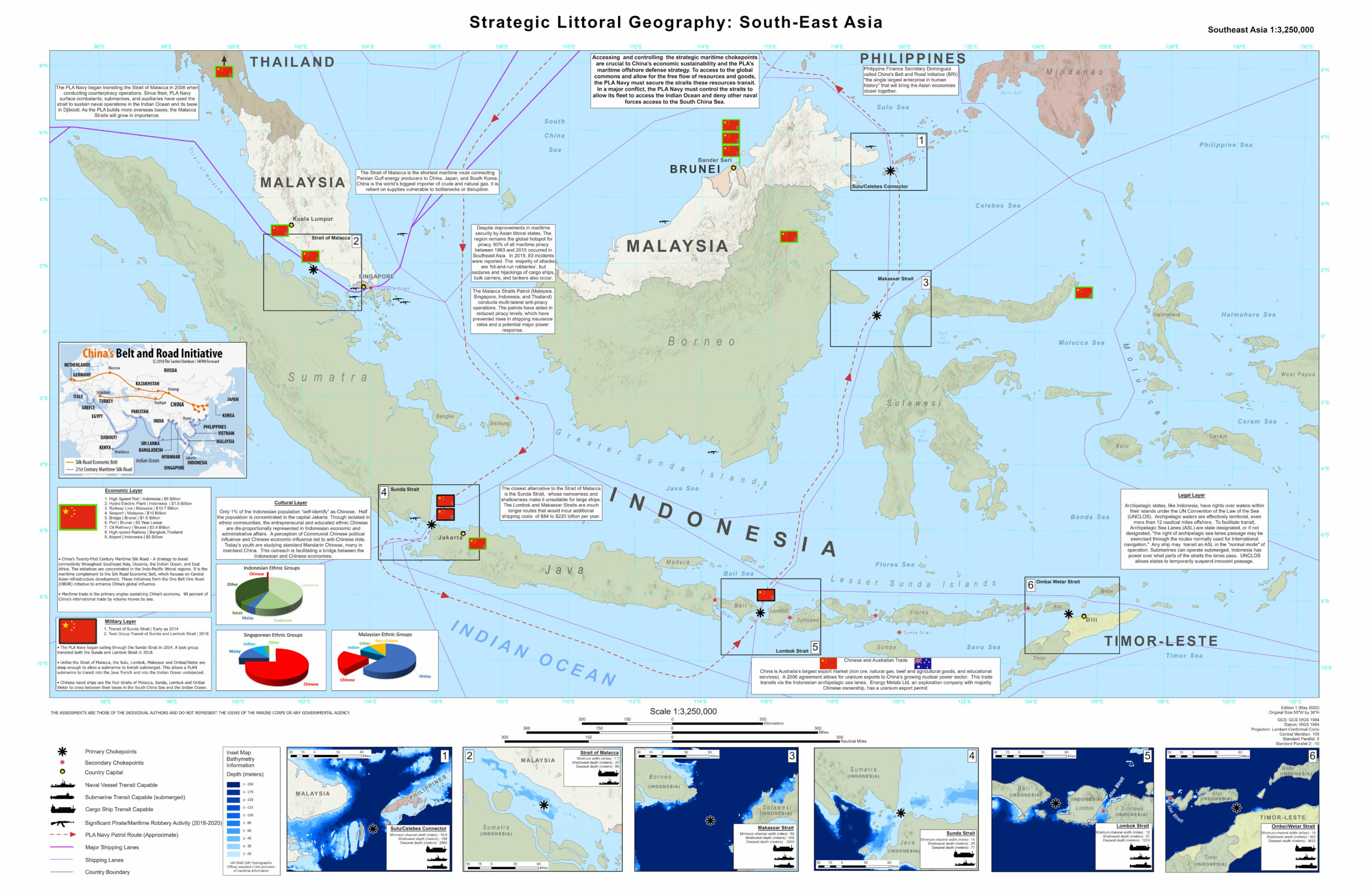 The research team is an inter-disciplinary team of civilian Marine Corps regional analysts and geographers affiliated with the Marine Corps Intelligence Activity.