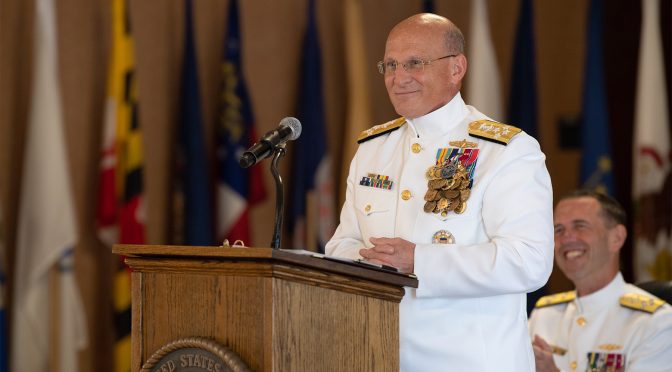 In 500 words or less, what would you want the new Chief of Naval Operations to know? CIMSEC is launching a special topic week series featuring short contributions that look to convey pressing points to the U.S. Navy’s new top leadership.

On August 22, 2019, Admiral Michael Gilday assumed command as the 32nd Chief of Naval Operations of the U.S. Navy.

In some of his first remarks as CNO, Admiral Gilday remarked on the changing strategic environment, in that “For the first time in a very long time, we face serious challenges at sea around the world. For decades, we took for granted that no other blue-water navy would dare take us on. That’s no longer true.” Admiral Gilday also vowed that “We will question our assumptions. We will think differently about the competition we are now in. We will be the Navy the nation needs now, and we will build the Navy the nation needs to fight and win in the future.”

How can Admiral Gilday lead the way toward these objectives and meet the challenge of great power competition? Contributors can answer these questions and many others as they seek to convey their message.

Given the broadly international nature of the U.S. Navy’s mandate and the numerous partners and allies that often work with American naval forces, international contributors are encouraged to share their perspectives.

Please submit all contributions for consideration to Content@cimsec.org.

This is an independent CIMSEC initiative and is not produced in cooperation with any U.S. Navy organization or entity.

Featured Image: Chief of Naval Operations Adm. Mike Gilday delivers his first remarks as the 32nd CNO during a change of office ceremony held at the Washington Navy Yard. (US Navy Photo)