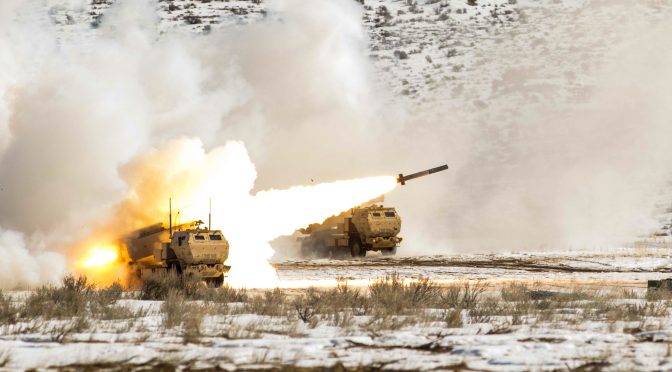 CIMSEC is partnering with the U.S. Army’s Future Warfare Division to solicit articles that provide new insights into how the U.S. military can better support U.S. regional and global interests in the Indo-Pacific region. Over the past several years, the Future Warfare Division has focused on experimentation in the European theater and developing the Multi-Domain Operations Concept (MDO). During the coming year, it will examine how to operationalize the Army’s new MDO concept in the Indo-Pacific region through a series of tabletop exercises. For this Call for Articles, the Future Warfare Division is looking for innovative and strategic thinking on the role of the joint force in countering a rising China, with particular emphasis on the unique challenges the Indo-Pacific region presents to multi-domain operations. Select authors will be invited to present their papers at a Theater Posture Seminar in November designed to kick-off the 2020 study year. Hosted by the Future Warfare Division at Fort Eustis, VA, this seminar will introduce scenarios, highlight significant military challenges in the region, and set the theater posture to examine multi-domain operations in the 2035 timeframe.

The 2018 National Defense Strategy describes the global security environment as complex and one in which the reemergence of revisionist powers will challenge U.S. freedom of maneuver. Specifically, it cites China’s military modernization as a threat to the Indo-Pacific region. The Chinese strategy to displace the United States as a viable regional security partner is made apparent in the comprehensive multi-domain approach China is undertaking, and which is supported by significant investments in expeditionary capabilities. The Belt and Road Initiative in particular is a physical and economic extension of China’s rising power. This initiative seeks to primarily link China with East African, Central Asian, and European states via pipelines, highways, railways, and sea lanes – ostensibly for mutual economic benefit. Countries within the region and across Europe recognize the economic opportunities, and approximately 60 countries are committing to this initiative. The common denomination among participating countries will be the Chinese Yuan, which could strike a blow to the strength of the U.S. Dollar, and have a significant impact on the geopolitical balance of power.

China has expanded its regional and global military presence to protect its growing international economic interests, increasing the requirement for the People’s Liberation Army (PLA) to operate in diverse maritime environments to protect Chinese citizens, investments, and critical lines of communication. For instance, the Chinese PLA support base in Djibouti provides military support for Chinese troops operating in the Gulf of Aden as well as peacekeeping and humanitarian operations in Africa. This facility significantly increases China’s power projection capabilities in the Horn of Africa and the Indian Ocean. Closer to home, China is committed to military expansion in the South China Sea and is considering tighter control of air and sea vessels transiting the area, activities that are both contrary to global economic norms and the U.S. policy position of open access to global commons.

To support this expansionist strategy, military modernization has been a PLA priority, and associated defense spending has increased by 83 percent between 2009 and 2018. Chinese military modernization is increasingly characterized by the development of its global power projection capabilities, including aircraft carriers, strategic stealth bombers, and nuclear submarines. During the last decade, Chinese shipbuilders built more than 100 warships, and by 2022 China is projected to have four aircraft carriers.

China is extending its military influence indirectly as well, having grown its military arms exports considerably in the past decade. China is now the fifth largest arms supplier in the world with 75 percent of its arms exports remaining on the Asian continent. Principal among the arms sales clients is Pakistan, which recently purchased advanced tracking systems that enable the employment of ballistic missiles armed with multiple warheads. Pakistani acquisition of these tracking systems is escalating tensions as India feels compelled to jointly develop a hypersonic cruise missile with Russia. Other Asian clients of Chinese arms include Iran, Bangladesh, and Myanmar, effectively encircling India, China’s principal economic competitor in the Indian Ocean rim.

To counter these Chinese advances, the U.S. National Military Strategy specified the need to “expand Indo-Pacific alliances and partnerships to deter aggression, maintain stability and ensure free access to common domains.” However, most of the potential members of such an alliance also maintain relations with China and, in their own interests to nurture and protect regional relationships, may refuse to join a “hedge-only” U.S. strategy. China maintains bilateral investment agreements with more than 100 countries and economies. In addition, China maintains 14 free trade agreements and is currently negotiating another eight. China is successfully using economic tools to maximize its strategic influence, and expanding that influence with effective information campaigns that justify and support an expansionist approach.

In an effort to understand the implications of these developments the following questions can serve as a topical guide to focus potential contributors:

By pondering these questions the U.S. military can be better prepared to confront an aggressively rising China should the need arise. Please send your submissions to Nextwar@cimsec.org.

Colonel Chris Rogers is an Army Strategist currently serving as the Chief of the Future Warfare Division in the Futures and Concepts Center, Army Futures Command. He is responsible for the Army’s Title 10 Future Study Program and a variety of other wargames and learning events. Prior to his current assignment, Chris served as the Director of the Joint Advanced Warfighting School (JAWS), National Defense University.

Chris graduated from the United States Military Academy at West Point in 1992 as an Infantry Officer, and became an Army Strategist in 2007. He has operational experience in Iraq as a battalion operations and executive officer from October 2006-January 2008, then as the Deputy Director of the USF-I Commanding General’s Initiatives Group from April-December 2011. He has also served as a special assistant and principal speechwriter to the Commander, United States Strategic Command, and as a Plans Officer in III Corps, and 1st Cavalry Division.

Chris is a graduate of the U.S. Army War College, the School of Advanced Military Studies, the U.S. Army Command & General Staff College, and the Joint and Combined Warfighting School.

2 thoughts on “Call for Articles: Countering the Chinese Military in 2035”