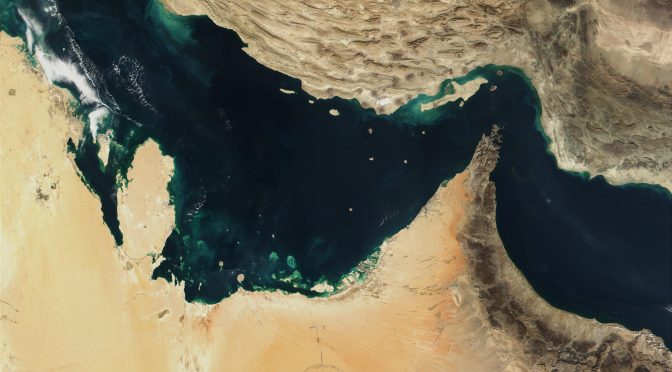 A recent spate of attacks in the Persian Gulf is highlighting the fragile security environment within this strategic body of water. The Gulf, filled with commercial ships carrying much of the world’s oil supply, narrowly separates two adversarial factions composed of Arab states and Iran. As economic disturbances stem from the recent attacks, world leaders are debating how to respond, how to shore up deterrence, and how these attacks figure into Iranian strategy.

The U.S. Navy has long policed the Gulf for the sake of protecting international security, economic stability, and American interests. In 1988, American naval forces engaged in combat operations against Iranian forces to secure Gulf shipping in Operation Praying Mantis. In recent years, the U.S. Navy always maintained a carrier strike group on station in the Gulf, ready to respond. But in the face of chaotic maintenance problems, the emergence of great power competition, and overbearing demands coming from U.S. Central Command, this high-strung requirement for forward naval presence was removed. The naval balance of power in the region has shifted as a result, while making the U.S. far more dependent on local allies.

Among the solutions being debated include a multi-national coalition, ostensibly under the name Sentinel, that would help maintain situational awareness in the Gulf. How else could the international community secure the Gulf? How could the naval balance of power between Arab states and Iran affect the nature of conflict? Could the U.S. augment its presence in the region? Authors can answer these questions and more as things heat up in the Persian Gulf.