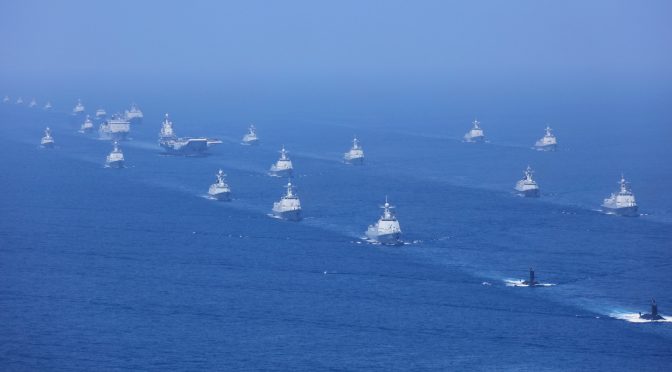 Great power competition is back with a vengeance. Russia and China are confidently using all means of national power to advance their interests, often at the expense of other nations and to the detriment of international order. The disruptive ambitions of powerful nations is causing many around the world to carefully hedge against this uncertain trajectory.

The past few decades of national security thinking have been dominated by a focus on insurgencies, humanitarian disasters, and rogue states. Radical insurgent movements remain in over a dozen countries, more wartime refugees are suffering than even after WWII, and nuclear uncertainty continues to emanate from heavily sanctioned regimes. A new balance must be struck between all these dynamic problems and adversaries as great power competition comes to the fore. How will nations adapt and refocus in the midst of all this change?

Yet the vital importance of the world’s oceans to human progress and security endures. Great powers, with their expansive global interests and enormous wealth, are especially well-poised to exploit the maritime domain as an arena for advancing policy and stirring competition. Russian undersea activity is at Cold War-level heights, and has prompted fresh concerns about the safety of key lines of communication and the threat of new undersea nuclear deterrents. China, in sharp contrast to thousands of years of strategic focus on continental power, only recently emerged as a maritime power. Yet China has done so with vigorous investment, a whole-of-government approach, and unambiguous declarations by national leadership on the importance of the maritime domain to China’s future. Today, maritime flashpoints in Asia have taken center stage for both regional and great power competition.

New strategies are in order, and will naturally extend to the maritime domain as a prominent competitive space. How will 21st century great power competition manifest itself in the world’s oceans? Maritime strategy articulates the purpose and value of naval power in peacetime and in war. It provides firm context for key decisions that will shape naval power for years to come. It defines goals, major lines of effort, and fundamental obligations that persist even in the face of drastic change. It must also be a living document, in that while it seeks to act as an enduring foundation, strategy must acknowledge that it is inherently perishable and in need of regular renewal.

Such a time is now.