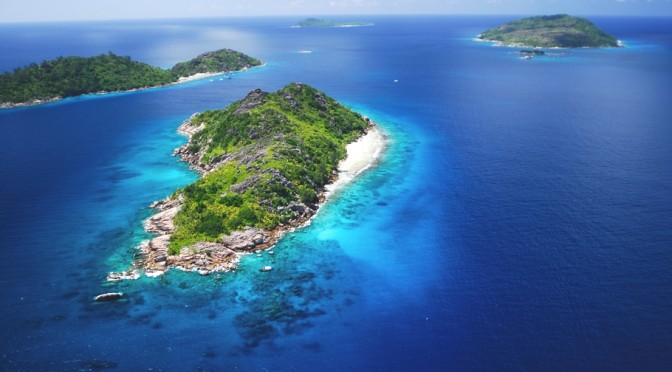 Prime Ministers Narendra Modi of India and Navinchandra Ramgoolam of Mauritius, during their meeting on the sidelines of the swearing-in ceremony of the former in May 2014 in New Delhi, agreed to increase cooperation in ‘maritime security, renewable energy, and the blue-economy, including development of related infrastructure’. Earlier, Seychelles Vice President Danny Faure had stated that his country was ‘working closely with India on developing the Blue Economy concept’ and that both countries had accorded high priority to issues like ‘maritime pollution and overfishing that impact the Indian Ocean’.

Before going any further, it is important to understand ‘blue economy’. The idea of blue economy was argued during the Rio+20 preparatory meetings, where several Small Islands Developing States (SIDS) observed that ‘Green Economy’ had limited relevance for them; instead, ‘Green Economy in a Blue World’ was a good concept and most suitable for the sustainable development and management of ocean resources.

A number of countries have included blue economy in their national strategy and have published white papers and official documents. For instance, China has long followed this idea and has instituted Five-Year Development Plan for National Marine Economy which monitors progress of various marine sectors. China’s State Council has published a White Paper on the subject which notes that the Chinese maritime economy grew at 17 per cent annually in the 1980s, and 20 per cent in the 1990s. In January 2013, China released the 12th Five-Year Development Plan for National Marine Economy which notes that the marine economy is expected to grow at 8 per cent annually up to 2015, generate 2.6 million new jobs, and could be about 10 per cent of the national GDP.

Likewise, the European Union has announced its ‘Blue Growth’ strategy for sustainable development of marine and maritime sectors to contribute to the Europe 2020 strategy for smart, sustainable and inclusive growth. It is estimated that it would result in nearly 5.4 million jobs and a gross added value of about €500 billion annually and generate sustainable jobs and growth. In the Indian context, the idea of blue economy is yet to develop. There are as many as 17 different agencies whose mandate includes matters maritime/marine; ironically, there is no synergy among them partly due to the absence of an overarching agency to facilitate dialogue among these agencies. 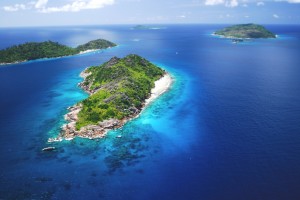 During his first address to the newly constituted 16th Lok Sabha, President Pranab Mukherjee outlined major policy priorities of the new government over the next five years which included setting up of the National Maritime Authority (NMA), an apex body, to address coastal security concerns. This is a significant initiative and addresses gaps in coastal security and would help prevent terrorist attacks from the sea similar to the 26/11 attacks in Mumbai in 2008. It is equally important to harness the seas to enhance the maritime power potential of the country. A multi-disciplinary maritime advisory body can help bring together a number of national / state bodies and can help formulate a maritime vision, draw up plans and coordinate economic, environmental and security activities in the maritime domain which can then work to ‘craft a National Maritime Security Policy’. This could then be integrated with the maritime strategy which would automatically ‘reinforce maritime security’.

Taking this argument further, Prime Minister Modi’s announcement to do away with the eight-member Planning Commission and set up a larger think tank that accommodates the states to do the ‘big thinking and thinking for the future’ could explore the possibility of constituting a group of specialists under a maritime think tank to develop a blueprint for growth of blue economy.

Mauritius and Seychelles are important island nations in the Indian Ocean and have made a strong case for blue economy as an important pillar of their national development strategy. As noted earlier, their leaders have passionately argued about their commitment to sustainable exploitation of living and non-living marine resources and deep seabed minerals to enhance food and energy security. However, these countries are constrained by a number of technological and investment limitations for the development of the maritime sector which is critical for their economic growth and look towards India or even China for support.

At another level, the high decibel security discourse in the Indian Ocean centered on asymmetric threats and challenges appears to have swamped the idea of blue economy and pushed it to the back burner. There is no doubt that security is critical for sustainable development of sea based resources, it will be useful for India, Maldives, Mauritius, Seychelles and Sri Lanka to jointly promote the idea of blue economy in the Indian Ocean and keep environment and ecology high on the agenda.

One thought on “Blue Economy: An Agenda for the Indian Government”