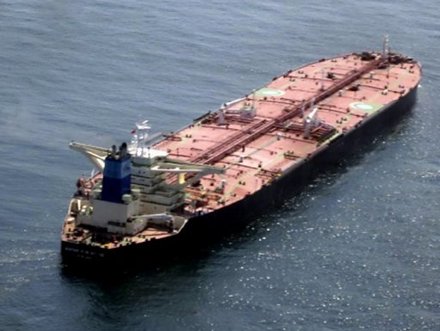 We here at CIMSEC are excited to announce that our NextWar blog has been nominated for “Most Promising New Blog” in the 2014 OAIS Awards. One of our posts from last year, “American Defense Policy: 8 Reality Checks,” by Martin Skold is also up for Best Blog Post. If you have been enjoying our writing we humbly ask you request a ballot and vote (ends Feb 7th). Our friends at Grand Blog Tarkin and War on the Rocks are also up for honors – thankfully in other categories.

In the meantime, if you’re looking to fill your interesting naval developments fix we suggest looking to Angola. Rumored earlier in the year to be in the market for West Africa’s first aircraft carrier, Angola saw the tanker MT Kerala drop all contact on Jan 18th in its waters. On Sunday the shipowner announced that communications had been restored, that the vessel had its cargo stolen, and that one crew member suffered injuries. But the Angolan Navy says the crew faked the attack. gCaptain and Reuters cover possible motivations behind both sides of the story.

If the attack is true it would represent a marked increase in the range of West African piracy, in this case likely emanating from southern Nigeria.

LT Scott Cheney-Peters is a surface warfare officer in the U.S. Navy Reserve and the former editor of Surface Warfare magazine. He is the founder and vice president of the Center for International Maritime Security (CIMSEC), a graduate of Georgetown University and the U.S. Naval War College, and a member of the Truman National Security Project’s Defense Council.
Follow @scheneypeters

One thought on “Awards and Angola”