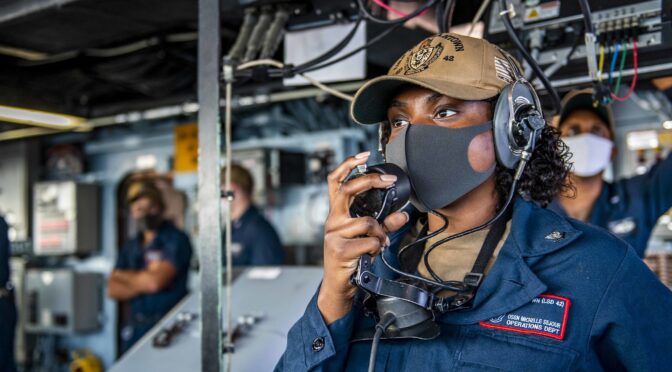 Many of the current debates in maritime security and defense focus on things. In the U.S., military and national security experts are questioning whether the Navy has enough ships and whether the Marine Corps should maintain its legacy platforms like tanks. Abroad, Ukrainians and other European nations are constantly discussing what kinds of weapons are needed to repel Russia’s invasion, and Taiwan, South Korea, Australia, and Japan are also questioning if they have the right technologies to deter possible Chinese aggression. The rapid pace of technological change and the fixation on great power competition have further prioritized the development of newer, smarter, and faster things.

Warfare nonetheless remains a human activity, waged by and impacting humans. In just the last few months, Russian soldiers in Ukraine suffered significant issues with morale, and a scandal erupted after multiple suicides transpired within the crew refurbishing the USS George Washington. Even without these reminders, the military and the national security community both face the perennial issue of recruiting, training, and retaining personnel to compete and prevail in a conflict.

CIMSEC seeks articles that address the human factor in the future of war, strategy, and maritime security. How can the sea services and the defense community improve and sustain human capital to accomplish their missions? How will human capital affect the ability of states to wage steady state competition and war? What strategies can the national security enterprise employ to compete with the private sector for technological talent? How can institutions and leaders improve diversity and inclusion to succeed over peer competitors?

Authors are invited to address these questions and more as we consider the future of human capital in maritime and military affairs. We especially welcome contributions from authors from backgrounds and identities that are traditionally underrepresented in the military and national security communities. The admirals, generals, and civilians who will lead our national security enterprise decades in the future are joining the community today; therefore, recruiting, training, and retaining future leaders is an inter-generational challenge. CIMSEC is particularly interested in hearing from early career authors and junior personnel.

We look forward to publishing innovative ideas on improving human capital and talent management from the leaders of today and tomorrow. Send all submissions to Content@cimsec.org.