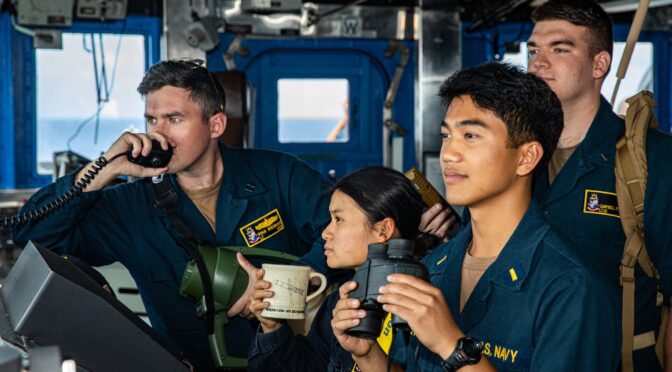 Cyber. Missiles. Satellites. Drones. Most of the trending topics in current military affairs fixate on technology and material factors of warfare. These topics are certainly pivotal parts of the security landscape, but they are far from the full story. Even the most advanced autonomous systems are designed for the purpose of providing the human warfighter with a capability they would not otherwise have. The study of military affairs is incomplete without a thorough examination of how military personnel are recruited, trained, and retained.

While militaries often boast of their technical prowess, they are fundamentally human organizations. Wars are fought by and for people. Military technology will only ever be a tool used to advance the objectives and missions executed by the people who compromise militaries. We need look no further than recent events in Ukraine to see how a much larger and supposedly more capable Russian military was rendered subpar by deteriorating morale, manning shortfalls and gimmicks, and is now forced to conscript citizens of questionable military suitability to sustain its war of aggression. The human factor is difficult to quantify and measure, but this does not obscure its centrality to military and maritime operations. The human element of war is ignored at great peril.

“Taking care of our people” is more than just a slogan. It is a core mission. How well leaders cultivate the talents of their people is a direct reflection of their competence as a leader. Many officers seek their commission out of a desire to lead and serve, but junior officers must first be led and served by their seniors who can set the right example and show them the way. Discussing best practices in core leadership functions is vital not only for the workforce writ large, but for empowering emerging leaders with the knowledge and skills to lead others into an uncertain era of strategic competition.

This week, CIMSEC will publish a series of articles on this subject. As this challenge is relevant to members of all services at every career stage, we are fortunate to publish a wide range of perspectives. Below are the articles and authors being featured in this series, which may be updated with further submissions as Human Factors Week unfolds.