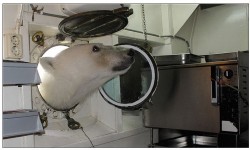 The Arctic environment is changing. These changes can have a major impact on the national security of the nations that border it. New regions of the globe that have never been easily accessible to mankind are now presenting the opportunity to greatly increase economic, political, and military interactions within the Arctic region. Natural resources that have never before been tapped are beginning to be accessible, and shorter and faster routes for shipping of goods and resources are opening.

Uncertainty remains as to the rate and extent of the changing Arctic climate as well as how fast human activity will increase in the area, but what is clear is that both are happening and will continue to happen. History shows that when new global economic opportunities present themselves, the competition for resources and territory can result in conflict. The United States must recognize this and work collaboratively with other nations to develop agreements and understandings within the region. This potential shift in the global geographic and economic picture shows a need for a strategy to meet these security challenges that the United States is currently unprepared and ill-equipped to address. 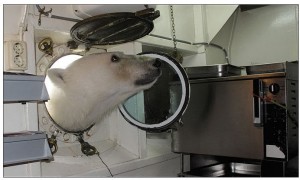 Does this mean I am going to see you around here more often?

Assigning U.S. Northern Command as the single advocate for Arctic capabilities within the DoD in 2011 was a first step in addressing this lack of an Arctic strategy. This is a new region that presents unique problems and opportunities; therefore a tailored approach is necessary for addressing national security concerns while promoting and preserving international stability.

As the United States moves forward as an international partner within the Arctic it is important to continuously remain mindful that there are two sides to this new accessibility to resources. On one side are greater opportunities for international cooperation and strengthening of relationships with current and new partner nations. On the other side there is now an increased potential for dispute and conflict centered on claims to resources and territory. Disagreements among Arctic nations can have a destabilizing effect on the region, so promoting stability in accordance with international laws and norms is within the strategic interests of the United States.

The free navigation through international seas and straits for all peaceful nations continues to be a core aspect of U.S. maritime strategy. This policy should be no different within the changing environment of the Arctic. New sea-lanes are emerging that have the potential to greatly reduce shipping distances and help promote economic growth for all nations. These new sea-lanes are international straits within global commons and the United States must remain within a position to protect these sea-lines as they continue to evolve.

The Arctic will continue to take on greater economic importance and as a result requires a comprehensive strategy that includes enhancements in our strategic capabilities. Current capabilities in the region – both in terms of technology and force structure – were developed without the Arctic playing much of a role in global matters. The United States is currently facing a great challenge, which if approached and managed properly can in fact be a great opportunity.

The United States is one of a very few nations that directly borders the Arctic. This means that the security of the Arctic is a strategic area directly related to the security of the United States. With the impression of more significant and immediate threats driving greater levels of attention to other areas of responsibility, such as the Middle-East or the Asia-Pacific region, it is only natural overlook, even unintentionally, other areas impacting national security like the Arctic. At the national level, the United States must determine the appropriate security framework to effectively evaluate all emerging security concerns within the region. This framework should utilize the unmatched capabilities and capacities of the military to ensure the United States is in a position to support cooperation among other friendly nations in the region.

Even with a strategy emphasizing the importance of the Arctic region on the global stage, the United States currently lacks the capabilities necessary to ensure it continues to play a leadership role in international affairs in the region. The most directly applicable capabilities would be maritime domain awareness (MDA), search and rescue (SAR), maritime interdiction, humanitarian assistance / disaster relief (HA/DR), and air and missile defense (AMD). These capabilities must fuse with key cooperative partnerships with inter-agency as well as other friendly Arctic nations. This primary goal should be to ensure safety, security, and stability within the region. The right capabilities coupled with support from partners and fused together with effective communications will continue to convey that the United States plays an active and positive role within the Arctic and will continue to for the foreseeable future.

Acquisition decisions will be made to address the core mission areas within the Arctic. Vital to enabling any of these capabilities is the acquisition and proper maintenance of icebreakers to enable operations within the region today. Current capability levels do not even begin to adequately ensure safe and continued operations within the Arctic. A more robust icebreaker capacity and capability is essential to maintaining national presence within the region, enabling military operations, and thus preserving national and economic interests. The United States is significantly behind the icebreaking capabilities of other Arctic nations and this is a gap which must be filled to remain competitive in the region.

Part of the responsibility inherent with assuming a leadership role on the international stage is not only having the capability to respond to conflict if the need arises, but to also have the capability to extend a helping hand if necessary. Even with the changing climate, the Arctic is still an inhospitable place which can be more prone to accidents at sea, which can be more dangerous than in other areas of the world. These simple facts necessitate the United States’ possession of a capable SAR capability in the Arctic.

Current SAR capabilities are based on significantly lower levels of human activity in the region. As shipping, fishing, and drilling activities increase, available SAR capabilities will continue to fall further behind the needs. In more hospitable climates, response times of hours or even days may be acceptable. In the Arctic this is not the case. It is vital to credibility within the region that the United States enhances SAR capabilities through evaluating operating base locations and procurement of specialized equipment to include the navigation and communication infrastructure to make them a credible capability.

As the Arctic climate evolves faster than other more environmentally stable regions, it is even more important to continuously reevaluate posture and capabilities to prevent being caught off guard. Every effort is necessary to be ready in the Arctic at any time.

LT Jason H. Chuma is a U.S. Navy submarine officer who has deployed to the U.S. 4th Fleet and U.S. 6th Fleet areas of responsibility. He is a graduate of the Citadel, holds a master’s degree from Old Dominion University, and has completed the Intermediate Command and Staff Course from the U.S. Naval War College. His current assignment is to the Navy Warfare Development Command where he serves as a member of the CNO’s Rapid Innovation Cell. He can be followed on Twitter @Jason_Chuma