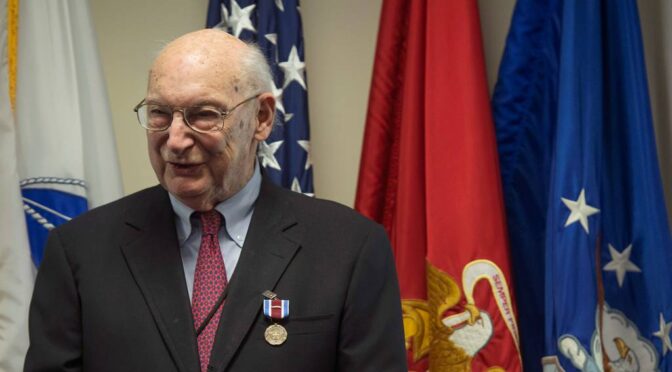 Known throughout parts of the 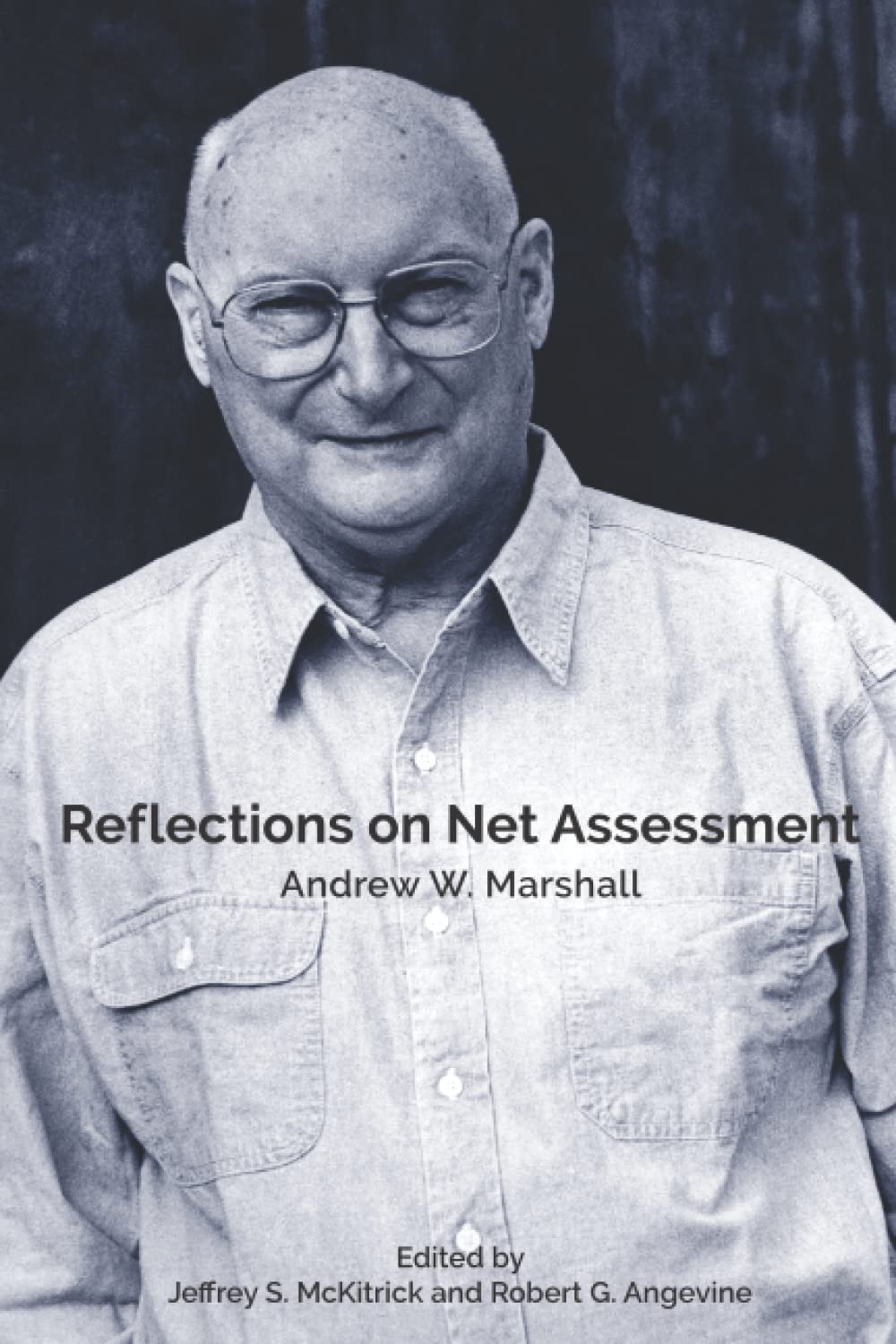 American national security establishment as “Yoda,” referred to by The Atlantic as the “Brain of the Pentagon,” and respected worldwide for his decades of strategic work at RAND, the National Security Council, and finally in founding and running the Office of Net Assessment, Andrew Marshall was a critical figure in the Cold War and post-Cold War history of American security and strategy. He was also an intellectual figure who left a limited imprint on the literature of American national security, having written the vast majority of his work for classified audiences and publishing very little in the open.

The two generations of “Jedi” who were trained by him during their time working in the Office of Net Assessment are strategists, scholars, and consultants who prefer their own moniker as “graduates of St. Andrew’s Prep,” and who have published widely and influentially in a myriad of topics. For those who never attended the “prep school” before it closed with his death in 2019, Marshall’s own words and thoughts are much harder to come by. Today’s scholars and practitioners of national and defense strategy are reliant on these acolytes for much of our insight into the running and thinking of ONA. Reflections on Net Assessment, edited by Jeffrey McKitrick and Robert Angevine for the Andrew W. Marshall Foundation, offers a rare glimpse into Marshall’s own thoughts and approaches to strategy and security, and is an insightful contribution to the wider national security community.

Across seven chapters, Reflections offers transcripts of a series of oral history interviews primarily conducted and transcribed by Kurt Guthe during the 1990s. The interviews included Guthe and Marshall, as well as a number of unnamed colleagues who likely were contemporary or former members of the ONA staff, in dialogue about a wide range of topics. It appears, from several comments made during the interviews, that Marshall was considering writing a book or memoir reflecting on his then nearly five decades of service. He ultimately never wrote the book. However, the content of the interviews overlaps so clearly with the content and details included in former ONA staff members Andrew Krepinevich and Barry Watts’ book, The Last Warrior: Andrew Marshall and the Shaping of Modern American Defense Strategy, that it seems likely they carried forward on Mr. Marshall’s intent by writing the book themselves based largely on these oral histories. For Reflections, McKitrick and Angevine took the transcripts made by Guthe and formatted and edited them, created short contextual essays to remind readers of the milestones in American history which the interviews often mentioned, and overall did an excellent job of organizing the book for publication.

As is the case when reading raw or lightly edited oral histories, anyone looking for insights will be taken on a circular trip. In the case of the interviews with Marshall this often includes fascinating minor details of his background and education, insights into the inner workings of multiple Presidential administrations and their Departments of Defense, and occasionally sharp personal opinions and foibles. In the case of these transcripts, the interviewers themselves often head off on tangents sharing their own memories and interests. While this sometimes derails Marshall’s intended subject, and sometimes moves the conversation away from Marshall’s personal insights (even occasionally trying to answer questions for him rather than letting us read what he really thought), it is also likely the price of admission for such candid discussions with interlocuters who themselves are likely highly accomplished and intelligent strategists and researchers.

In addition to the fascinating look inside the mechanisms and intellectual infrastructure of American national security and strategy making, three key insights from Marshall repeatedly rise to the surface of the conversations included in this book. First, the importance and role of asking good questions. Second, the nature of influence within the American national security establishment. And finally, the ability, or lack of ability, of security organizations to do intellectual work together or share insights, and the training or lack of training of the members of these organizations in deeply intellectual work.

Marshall repeatedly shares that his primary goal throughout his career was not to find solutions to American defense and security problems, but instead to find ways of asking the right questions. By finding and researching the right questions, his view of net assessment was that it could present the military with the real parameters of the problems that needed to be solved. He quite clearly believed that the military services themselves were the real experts at determining the tactical, operational, and strategic solutions to the challenges of the Cold War (and eventually post-Cold War world). But he seemed to believe that they often struggled to do the deep work and research needed to ask the right questions and determine what the root challenges actually were.

In this respect, Marshall was a deeply inductive thinker. His instructions to members of his staff to “go read everything” on a topic in order to get started, presupposed his intense dislike of strategic work that tried to shoehorn threats or challenges into an already existing framework or the use of a deductive model that insisted on following a theory. He described two types of defense analysts, “theory oriented” versus “reality oriented” people, and lamented that there were far too few focused on reality. In this approach, inductive instead of deductive, Marshall might be seen more as a historical thinker than the social scientist he was by training, and his ideas followed in the wake of strategists of prior generations like Corbett and Clausewitz.

When considering the nature of influence within the American national security establishment, Marshall was far more sanguine that someone of his reputation might be expected to be. Despite being held up as something like the godfather of American success in the Cold War, Marshall instead saw influence as a far more nuanced and limited thing. He did not seem to believe that very many of the reports and studies conducted by ONA or for ONA really affected the military services or overall national strategy very much. As he repeatedly points out, his audience was actually the Secretary of Defense individually in an effort to (once again) get the Secretary thinking about how to ask the right questions.

In Marshall’s opinion, new ideas often simply resulted in the services rebranding things they were already doing. In the case of both “competitive strategies” and the “revolution in military affairs,” which described the development of the reconnaissance and precision strike complex of the future, Marshall and his staff described how the services merely attached those labels to programs or new weapons that were already in development or in service. Marshall claimed that real influence only came when you changed the vocabulary of strategic discussions, and moved beyond the initial re-labelling phase to get service staffs to rethink their approaches by forcing them to consider the ideas behind the new labels. This kind of influence, interestingly, was not something Marshall believed he genuinely could control once released into the wild.

Finally, Marshall returns in his discussions to the relationships between the organizations inside the intellectual infrastructure of American national security and strategy making. The National Security Act of 1947 fundamentally reformed the American government’s security elements just as Marshall’s career was beginning. Across almost six decades he observed how new organizations, like the CIA and the National Security Council, changed over time. One of his strongest observations was how over time, convinced of their own expertise, these organizations became less collaborative and less open to outside ideas, either from government or civilian sectors. As organizations built their own internal cultures they entrenched and became less and less likely to share ideas or information. These organizations and their enclosed cultures, Marshall observed, also became less and less capable of producing the kind of inductive and deep-thinking analysts in their newer generations of employees. By the Reagan Administration, not only were the military services treating each other as bureaucratic adversaries, but so was much of the intelligence community and other elements of the intellectual infrastructure of American security and strategy.

As the U.S. Navy continues deeper into the twenty-first century, talk of a “new” Cold War is common and there has been a strong tendency to reach back on the successful methods of the “old” Cold War. The history of ONA and Mr. Marshall’s methods seem ripe for replication in our contemporary world as we face the challenge of China, the resurgent but chaotic Russia, and regional challengers in a multipolar world. There will be a temptation to ask about the “competitive strategies” necessary to overcome our adversaries, or to determine the next “offset” in a new “revolution” in military affairs that will lead to success. But, following Marshall and his interlocutors through their circling discussions of his experiences and approaches, this starts to appear exactly like the kind of “theory-oriented” thinking that he lamented from defense analysts. In order to be “reality-oriented,” perhaps we need to return to the roots of Marshall’s insights.

Today, who is making sure that the U.S. Navy is asking the right questions? Who is defining the vocabulary and the intellectual infrastructure of how we think about our contemporary challengers? And are we learning from each other, and developing the next generation of analysts who will be creative and intelligent enough to do the deep work, “read everything,” and come up with creative new ideas rather than rehashing old models? Andy Marshall believed in focusing on finding the right questions and defining their parameters. In Reflections on Net Assessment, naval and national security practitioners and analysts can still learn a great deal from Yoda in his own words, if we do the reading and remain reality-based in our search for wisdom in confronting the challenges of the 21st century.

BJ Armstrong is a historian and Principal Associate of the Forum on Integrated Naval History and Seapower Studies. He is the co-author of Developing the Naval Mind and author/editor of the forthcoming revised and expanded second edition of 21st Century Mahan: Sound Military Conclusions for the Modern Era. Opinions expressed here are offered in his personal and academic capacity and do not reflect the policies or views of the U.S. Navy or any government organization.