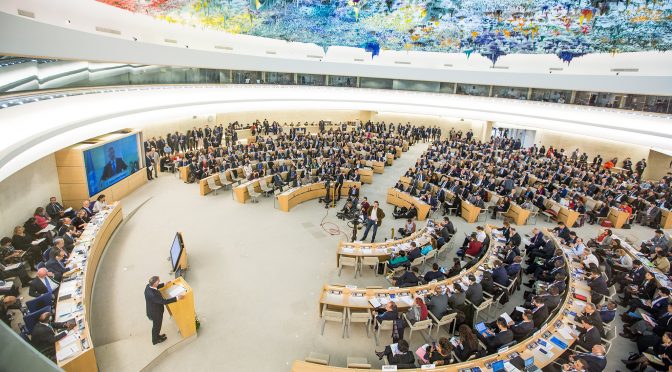 Foundational literature exploring the respective merits and shortcomings of unipolar, bipolar, and multipolar international orders largely evaluate these systems in terms of their durability and propensity for peace.1 This essay serves to challenge these criteria as the main bases for evaluation, arguing that consideration of global prosperity and human rights is key in assessing the advantages of each system. It is beyond the scope of this essay however, to evaluate the three systems’ abilities to generate prosperous and fair environments, as empirical support for these claims would be distorted for the sake of argument. Instead, this essay seeks to make a claim for the inclusion of prosperity and human rights criteria in understanding and appraising international balances of power.

Realist international relations (IR) theory assumes the global order is naturally anarchical, meaning power balances resulting in peace defy relational norms and indicate success.2,3 It is for this reason propensity for peace is so highly valued in analyses of these systems, as seen in the work of Wohlforth, Ikenberry, Mastanduno, and others.4 Sustained, ‘true’ peace ensures stability, leading to the second quality valued in power balance assessments: durability. Any power balance with longevity similarly defies patterns of relations between states. Thus, scholars maintain peace and durability are the most important qualities to consider in evaluating international systems.5

These two qualities are undoubtedly important, but should not be the sole basis for understanding which system is preferred. It is assumed stability is inherently peaceful; stability only exists when all major actors accept the status quo. Stability however, could also be derived from the violent oppression of minor powers into supporting roles. A number of scholars reflect upon the Cold War as a tension-filled but stable period of bipolarity, as both powers were the only match for each other’s capabilities.6 As Nuno P. Monteiro rightly points out, peace in this context is only evaluated in terms of direct nuclear war between the superpowers.7 Narratives of Cold War peace overlook the numerous proxy wars waged on behalf of each power’s ideology, resulting in a singularly violent period within international politics.8 Smaller powers are often forced into their roles in conflicts due to powerful states’ oppressive assertions of influence.

Smaller powers similarly fall prey to natural resource exploitation under all three systems of power balance. Globalization has exacerbated this reality, creating unequal systems of production and consumption.9 International power balances give way to asymmetrical and oftentimes oppressive systems, a fact many regard as the nature of state relations. While minor powers may always be destined to suffer harsh realities, in advocating for either a unipolar, bipolar, or multipolar system it is important to value that which most effectively minimizes the unsavory consequences of inequality.

A successful world order is one which assures relative prosperity and human rights for all. In systems where a minority of powerful states benefit from the labor and exploitation of the majority of the population, power balances are not only unequal but extremely skewed. This arguably results in increased instability as minor powers vie to dismantle the status quo.10 Therefore, it is within powerful states’ best interests to move toward leveling the playing field to ensure the durability of their dominance. It is for this reason prosperity and human rights are two of the best markers by which to measure the success of an international power structure.11 These two conditions factor heavily into minimum living standards generally accepted by the international community and should be prioritized in the evaluation of unipolar, bipolar, and multipolar systems.

The realist assumption that states are self-interested actors offers an immediate rebuttal to this argument. Major powers in all three systems are arguably strong to a point where they are unthreatened by the discontent of less capable actors.12 However, it should be noted that sustained resistance, even from much less capable powers, has the ability to drain the resources of major powers to a point of disrupting the status quo in their favor. Although states may be self-interested, they are not always rational. Given the appropriate pressures, it may be within states’ best interests to engage in power redistribution to ensure the longevity of their status.

Proponents of the peace-durability evaluation criteria would point out that prosperity and human rights are impossible to guarantee in the absence of peace. While this argument certainly holds merit, the anarchical nature of international relations systems means peace is an abnormality.13 Within the current system of unipolarity, the United States has been at war for over 25 percent of its total time as global hegemon.14 Moreover, only recently in history have questions of basic standards of living and human rights begun to be seriously considered.15 In advocating for any one international power balance system, peace should be a central goal but not at the expense of the protection of adequate living standards and human rights.

As previously stated, it is beyond the scope of this essay to empirically evaluate each system’s ability to generate prosperity or foster human rights, however, data-driven monitoring structures are needed for future evaluations. One method to examine the prosperity enjoyed under each system could be through comparative examination of GDP and global economic inequality statistics. Reliance upon these sources has shortcomings, especially since the bulk of contemporary globalization has occurred under United States hegemony. The use of tools such as the Legatum Prosperity Index may provide more useful for deriving meaningful findings.16 In measuring human rights, one can employ the United Nations Commission on Human Rights’ set of indicators which assess topics ranging from the rights of disabled persons to ratification of treaties on a yearly basis.17

Adequate living standards and human rights are central to evaluating the attractiveness of international power-balancing structures. Use of statistics on these standards should be integrated into scholarly considerations of system merits.

Kimmie, who hails from Springfield, Virginia, represents Vassar College at NAFAC 2017. She is a senior who is majoring in International Studies and French. Kimmie is passionate about all things relating to international relations, but harbors a special interest for counter-terrorism operations in the Middle East and Maghreb. Kimmie also greatly admires Harriet Beecher Stowe, as not only does she embody some great ideals, but Kimmie is related to her as well. If Kimmie could travel anywhere, it would be New Zealand. Finally, Kimmie was inspired to write her paper not only because of the looming deadline, but because she finds the aspect of human rights integral to understanding the changing climate of great power dynamics around the globe.

Bate, Roger. “What is Prosperity and How Do We Measure It?” American Enterprise Institute Development Policy Outlook no. 3 (2009): 1-7. poseidon01.ssrn.com/delivery.php.

3. This essay employs realist theory in its discussions as much of the literature on unipolar, bipolar, and multipolar systems relies upon the theory’s assumptions in evaluating the international political order.

11. Prosperity in this instance refers to the baseline economic standards which guarantee the right to an adequate standard of living as established by the 1948 Universal Declaration of Human Rights.

16. See Roger Bate, “What is Prosperity and How Do We Measure It?,” American Enterprise Institute Development Policy Outlook no. 3 (2009): 1-7, poseidon01.ssrn.com/delivery.php.

Featured Image: A wide view of the Human Rights and Alliance of Civilizations Room at the Palais des Nations during the high-level segment of the Human Right Council’s thirty-fourth regular session. (UN Photo/Elma Okic)