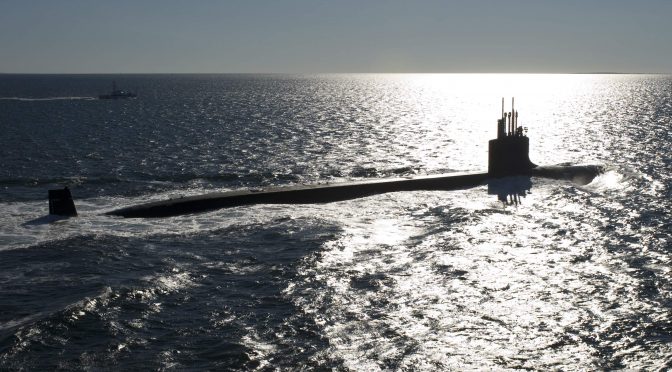 As discussed in Part I, it is clear that NAVSEA needs to undertake a project now to completely re-engineer the next generation of SSNs. The old bloated SSN(X) (now “New SSN”) concept should be rejected entirely because it is more of the same, but bigger and more expensive. Instead, the Navy should go for a new class of SSN that is far smaller and cheaper than the current Block 5 Virginias.

The key components of a reimagined, redesigned “compact” SSN include four major changes from existing SSN designs. Namely, it can refocus the SSN and its systems on its original roles of anti-shipping and ISR, eliminating the vertical launch tubes and enhancing the horizontal launch tube systems. It can re-engineer the nuclear power plants to result in power plants that are safer, simpler, more compact, and cheaper to build and operate. It can also re-engineer the rest of the SSN systems to increase automation, optimize crew work processes, and to reduce the total required ship’s complement. Finally, it can modernize and revise the SSN’s weapons system to provide a wider range of weapons capability and increase the number of warshots deployable in a compact hull form

The net result of the proposed changes should be a more effective, more capable, yet smaller and cheaper SSN that the U.S. Navy can afford to build and operate in numbers sufficient to meet existing and growing near-peer naval challenges of the mid-21st century. Such a submarine would be expected to displace well under 5,000 tons.

In recognition that major ship class redesigns with “great leap forward” technology improvements carry additional development risk and incur longer development timeframes, it is good practice for the Navy to pursue these advances in a relatively small block build or in technology insertion increments (as used on the Virginia-class boats).

The proposed Next Gen “New SSN” class should consist of the following minimum of two blocks.

Set an overall objective for Block I to build a new SSN of not more than 4,500 tons, but less if feasible, and a crew size of not more than 70 officers and sailors, and less if achievable. The design should strive to reduce the volume of operations spaces, engineering spaces, crews’ quarters, storage, and support spaces accordingly. Total construction cost should aim for significantly less than $2 billion each in 2019 dollars.

The ship should include a new secondary propulsion plant system utilizing hybrid drive – i.e., eliminating the main propulsion turbines and reduction gears, and utilizing only two relatively large turbo-generators with electric drive, as used on the Colombia SSBN class design. This design provides a significant noise reduction and propulsion plant size reduction. It can also consider using a shrouded propulsor with built-in electric motor external to the pressure hull. The new design can include a new reactor plant with next-gen automation and design simplification, as a scaled-down version of the USS Gerald R. Ford A1B plant design.1 Consider, and develop as available, alternatives to conventional lead acid battery banks for emergency power generation, including use of next-gen hydrogen fuel cells and/or advanced battery technology to increase power availability in event of a prolonged reactor shutdown, and/or to provide enhanced quiet operations for limited periods of time.

The new design should retain the standard 21-inch torpedo tubes for use with heavyweight torpedoes (Mk 48 ADCAP) and submarine launched cruise missiles (i.e., Maritime Tomahawk ASCMs, Naval Strike Missiles, etc.) relevant to surface ship attack. It should also add new 13-inch torpedo tubes to deploy Mk 46/54 lightweight torpedoes relevant to ASW. This will result in an overall increase in the number of warshots that a submarine can carry per unit hull volume. The design should also include next generation torpedo defenses including both towed passive softkill systems and hardkill kinetic weapons with respective launch tubes, as already in use on surface combatants.

Eliminate the vertical launch tubes. For those who say the Navy still cannot afford to give up the deep strike land attack mission (because of now-obsolete fears of naval irrelevance in 21st century warfare), we still have all of the existing Virginia-class boats that already have been delivered, and those that have already been ordered, including those Block 5s with VPM – which still provide a robust deep strike land attack capability in the SSN fleet today and for the next 40 years. If it is really thought necessary that the Navy provide the deep strike land attack capability from submarines, then build new SSGNs to provide that capability starting in the early 2030s as the existing SSGNs retire– that mission, however, does not require SSNs as platforms. If there is any resulting temporary “gap” in needed launchers it may be filled with surface warships and aircraft.

To be ready for unmanned systems and networked warfighting capabilities the new design should account for modularity and open architecture in submarine system interfaces (communications and combat data management systems) to enable effective networking with off-ship platforms including unmanned undersea vessels (UUV), unmanned surface vessels (USV), and aircraft, both manned and unmanned. Submarine systems must be interoperable within the evolving architecture of Naval Integrated Fire Control – Counter Air (NIFC-CA) and Cooperative Engagement Capability (CEC), and be flexible within the Navy’s Distributed Maritime Operations (DMO) doctrine.

While developing and building the Block 1 new SSN, the Navy can launch a new reactor design program to adapt a generation four reactor plant to provide numerous advantages for naval submarine power over current technology pressurized water reactor (PWR) plants. Perhaps the most likely candidate is a molten salt reactor (MSR)2, which is part of the current crop of commercial generation four reactor plants already under development in the U.S. and elsewhere including the People’s Republic of China. Liquid MSR technology, in experimental reactor use since the 1960s, has several advantages over PWR plants. The reactor does not have a solid “core” that requires replacement in order to refuel the reactor, and the reactor can be refueled at will during regular maintenance availabilities. It also does not require cutting open the pressure hull or making other intrusive openings to the plant to “gas up.”  This design still delivers extremely long endurance between refueling operations, and results in a significant reduction in hull lifetime operating cost. It also provides extended hull operating lifetime without enlarging the hull to accommodate a larger reactor plant needed to yield a life-of-ship reactor.

MSR reactors are intrinsically safe unlike PWRs (there is no meltdown risk because the reactor itself, along with its fuel, is already molten), thus significantly reducing the safety requirements and operating limitations necessary with PWRs. MSR reactors also operate at one atmosphere of pressure, eliminating the need for very heavy steel reactor pressure vessels and primary coolant system components, thus significantly reducing the weight and size of the nuclear power plant. This greatly reduces the effects of thermal stress due to rapid cooldown associated with thickly walled steel pressure vessels.

MSR reactors operate at far higher temperatures than PWRs, thus allowing the use of more efficient high temperature steam secondary plants, reducing both the size and weight of the secondary plant. This also yields a much higher overall thermal efficiency for the entire power plant, meaning that a MSR plant of a given capacity in MW thermal power (MWt) produces the same motive power as a much larger PWR plant.

Overall, MSR reactors are significantly safer, smaller, lighter, simpler, more efficient, and cheaper than PWRs – all of which will contribute significantly to reducing the size and cost (both construction, and operating) of next gen SSNs. The end result of a successful integration of MSR technology into SSNs will be a much more compact, simplified, and capable sub in addition to being much less costly to build and operate.

This investment in a new nuclear propulsion technology approach will undoubtedly generate lots of pushback.  People, including professionals, find comfort with the familiar, and more people than not simply dislike change because it creates uncertainty. However, nuclear propulsion itself was perceived as a big threat to the status quo by many senior leaders in the fleet and at Pentagon in the late 1940s and 1950s when Admiral Rickover upset their apple carts. Rickover managed to keep his program operational and funded by going over the heads of the senior uniforms, and cultivated “protection” from the senior uniforms via senior members of Congress who controlled naval budgets and authorizations for ship construction.

Rickover actually considered several alternative technology approaches before finally settling on a single approach via PWRs. His team developed a liquid sodium cooled reactor plant, or “Liquid Metal Fast Reactor” (LMFR) first as a prototype (S1G) in West Milton, New York, and then installed the reactor (S2G)  in a SSN, the USS Seawolf (SSN-575).  These liquid metal reactor plants enjoyed several but not all of the same advantages listed above for MSR plants, but also suffered significant limitations particular to liquid sodium that are not issues with MSR plants, including a tendency to leak, and the fire hazard presented by such leaks of liquid sodium metal. This reactor design was abandoned in 1956, and the liquid sodium reactor in Seawolf was later replaced with a PWR reactor. But today’s fourth generation MSR technology is both very different from and more advanced than that used in the early liquid sodium plants.

It is clearly time for Naval Reactors to give MSRs a very hard look, including designing, building, and operating a prototype. If it works out well, then design one into the second or a subsequent block of the new SSN submarines, likely by the late 2020s to early 2030s.  It would likely result in a smaller displacement hull with greater capability, quieter, and lower cost to build and operate than those based on traditional PWR propulsion technology. Even if MSRs are not able to deliver all that is expected, there are other fourth generation reactor technologies that may be feasible.  Even a next generation LMFR may be worth reconsideration, given what we know now that Admiral Rickover and his team at Naval Reactors did not know in the mid-1950s.

This block development approach to a new SSN, a next generation of smaller, more capable, and far cheaper to build and operate SSNs, will lead the U.S. Navy to building a numerically larger yet more capable SSN force. Instead of the age old “capacity vs. capability” argument between opposing sects of naval planners and advocates, the result will be both much more capacity and more capability. The proposed smaller, cheaper, yet more capable sea-control focused attack SSNs will help the U.S. cost-effectively meet the immediate and growing threat of peer naval adversary submarine fleets today and for decades to come.

Mr. Truitt is a veteran Cold War era SSN sailor, qualified nuclear reactor operator, and civilian nuclear test engineer as well as a degreed civil engineer, environmental scientist, and civil/environmental project manager with extensive experience at both naval and civilian nuclear facilities as well as military and civilian facilities development.  His interest today as an author is in forward looking military preparedness and improvements in both capacity and capability of U.S. naval forces.