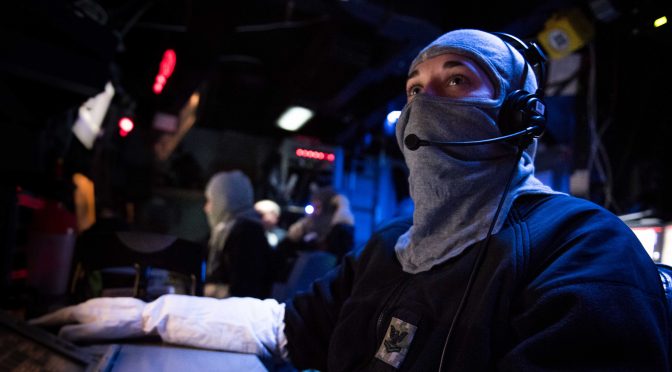 Nobody’s arguing that inspections aren’t important. Heaven only knows what the beam of a flashlight might find under the bunk of a warship during a zone inspection. But there must be some way to reduce the 80 or so inspections a combat unit is subjected to every 18 months and use some of that time for the study of tactics.

Why have we let our concern for tactics slip away? How can we continue to call ourselves naval officers when our attention is being constantly drawn away from what should be our main interest—besting po­tential adversaries in war? As a naval officer, I am by definition a person who is capable of waging and winning a war on the high seas. I have trained and studied diligently, but is it for the next conflict or the next helpful inspection? We must refocus our at­tention on tactics.

If the inspections themselves do not indicate a lack of faith in the system, they seem to be part of the diminishing importance of tactical thought at all levels of command. The junior officer does not per­ceive that his senior pays attention to tactics as a matter of routine. If a junior commanding officer is delayed from returning to home port for some tacti­cally significant reason, he can normally still expect to have to meet all his visits, assist teams, and in­spections despite the crew’s inconvenience. The commanding officer does not see a routine emphasis on tactics, and, therefore, he tends not to pass any concern down to the members of his wardroom. How often does one see the immediate superior in com­mand stay after the most recent inspection and talk about his philosophy of the wartime employment of his units? During the last year, how much has the immediate superior, type commander, or fleet com­mander contributed to the fleet officers’ thought pro­cess of winning an engagement? And if progress is being made, as it is in the Sixth Fleet, it rarely starts with or is emphasized at the unit level. Of all the reports and inspections conducted, how many can a junior officer reasonably link to combat thinking?