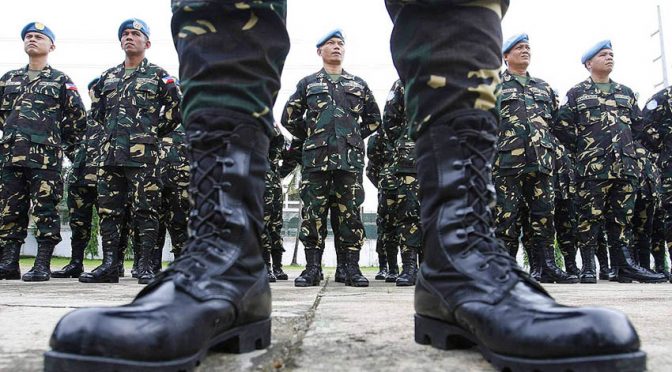 On the morning of January 27, 2019, two bombs exploded inside the Cathedral of Our Lady of Mount Carmel, in Jolo on the Sulu Province in the southern Philippines. Tearing a hole through the cathedral during a Sunday service, the bombs claimed 20 lives, injured dozens more, and propelled Islamist extremism in the Philippines back into international headlines. In the aftermath of the blast, Philippine president Rodrigo Duterte promised to “pursue to the ends of the Earth the ruthless perpetrators behind [the] dastardly crime,”as the Abu Sayyaf Group (ASG), the country’s notoriously violent Islamic separatist group, claimed responsibility for the attack. While President Duterte may not need to go to the “ends of the Earth” to put an end to the ASG-fueled terror, his government will certainly need to act beyond its own shores. Illicit maritime activities are at the root of ASG funding and operations, and ensuring the group’s defeat will require focused government efforts to improve maritime security in its area of operations.

As External Support Dwindled, ASG Turned to the Sea

ASG has overcome several transition periods throughout its history, and in many ways, its resilience in the face of both internal and external pressures lays in its ability to morph; from Islamist group, to bandit group, and back; and the sea has provided the means for it to do so.

However, ASG turned to the sea for funding in the mid-2000s when external support began to wane. Following the discovery of Khalifa’s involvement in the botched Bojinka Plot, which involved the bombing of several airplanes over the Pacific, Philippine authorities blocked his reentry into the country thereby weakening al-Qaeda’s support for the group. After the September 11 attacks, increasing international counterterrorism measures further strained external financial and operational support for the group.

With dwindling support and mounting pressure from the Armed Forces of the Philippines (AFP), ASG began capitalizing on the strong maritime tradition of the Sulu archipelago to engage in widespread criminality at sea to fund its operations. In the mid-2000s the group became notorious for seaborne kidnappings for ransom, and orchestrating attacks on numerous diving resorts. Although these activities were mainly profit-motivated, the ransoms were used to purchase weapons and other supplies for the group.

ASG is Pushed Further out to Sea

In 2016, continued AFP pressure combined with renewed international interest in fighting global piracy further restricted ASG’s freedom of movement on the Sulu archipelago, limiting its ability to conduct onshore kidnappings via maritime routes. In response, the group moved its operations further out to sea, and according to One Earth Future’s 2016 State of Piracy Report , conducted 21 successful kidnappings of seafarers while ships were underway. During the first half of 2016, the group mostly targeted smaller vessels, but by October they began attacking larger vessels, presenting a threat to both international and regional traffic. Although these incidents increased dramatically in 2016, in 2017 there was a noticeable lull in similar activities, which some have attributed to militants refocusing their efforts on the siege of Marawi City, and an increasing number of maritime patrols by stakeholders in the region.

However, in September and December 2018, the group conducted two more seaborne kidnappings off Sabah, Malaysia. On March 12, 2019 Malaysian security forces announced they were on full alert following intelligence reports that ASG militants were once again active in the waters off Sabah, seeking new hostages to fund their campaign. The report stated that ASG had been using contacts on the island province of Tawi-Tawi, the Philippines’ southernmost province, to identify high value targets.

Sea Routes Key to ASGs Next Wave of Operations

Besides using the sea to carry out kidnappings for ransom, ASG is also currently utilizing the maritime space in a manner more closely related to the recent headline-grabbing attack in Jolo.

The group is using sea routes to move foreign fighters into the Philippines, allowing it to utilize foreign suicide operatives, while also maintaining a local base. The January 2019 cathedral attack was carried out by suicide bombers from Indonesia, and experts estimate that there could be up to 100 additional foreign fighters, mostly from nearby Indonesia and Malaysia, as well as Pakistan, Bangladesh, and the Middle East, currently operating in the Philippines. During the five-month siege of Marawi City on the island of Mindanao, the AFP fought an enemy bolstered by an influx of foreign fighters whose presence emboldened local pro-Islamic State groups, playing a key role in bridging divides between the group’s many factions. In the aftermath of the siege, intelligence failures on the part of both the AFP and the Philippine National Police (PNP) pointed to militants from neighboring Indonesia and Malaysia navigating the Sulu and Celebes Seas to join Abu Sayyaf’s fight in the southern Philippines.”

The Sea is the Key

As the Islamic State continues to lose territory in the Middle East, foreign fighters are viewing the Philippines as an increasingly attractive battlefield. The battle for Marawi City prompted a rise in ISIS propaganda focused on Southeast Asia, with one video explicitly urging supporters to travel to the Philippines. While several foreign fighters have been detained, arrested, and deported after flying into Mindanao, others have been using a backdoor, transiting routes in the Sulu and Celebes Seas that involve island hopping along the region’s numerous archipelagic chains.

On October 23, 2017, President Rodrigo Duterte claimed victory against terrorists in Mindanao, following the liberation of Marawi City. With 1,200 dead, a city in ruins, and martial law declared, many wondered if ASG was truly defeated. But once again the group has illustrated its ability to adapt. The influx of foreign fighters in the Philippines has changed the dynamics of Islamist terrorism in the region. According to analysts, Filipino terrorist groups have traditionally avoided suicide bombings, preferring “sustained combat to cowardly tactics.” But in July 2018, the first ever suicide bombing by militants in the Philippines was carried out in Basilian province by a Moroccan fighter, with assistance from both Abu Sayyaf and other foreign fighters from Malaysia. Shortly thereafter, a cathedral bombing in Jolo rattled the Philippines once again.

As the AFP continues to engage ASG in the forested islands of the southern Philippines, it is imperative that the Duterte administration continues to invest in regional transnational maritime domain awareness mechanisms. This is particularly crucial in the tri-border area between the Philippines, Malaysia, and Indonesia, which has a long legacy of illicit maritime activity, porous borders, and cross-national family bonds that make undocumented entry and exit into countries in the region common.

While some regional coordination efforts to address illicit maritime activity already exist, the Philippines must build on recent successes and regional initiatives. For example, the Trilateral Cooperative Agreement (TCA) formalized in 2016 resulted in joint maritime and air patrols, as well as coordination between maritime command centers in the Philippines, Indonesia, and Malaysia. And while the Regional Cooperation Agreement on Combating Piracy and Armed Robbery Against Ships in Asia (ReCAAP) indicates that the TCA has resulted in a decrease in transnational crime in the tri-border area, issues regarding trust across agencies and governments, unclear agency mandates, and duplication of efforts have limited the impact of such organizations. Without sufficient attention to these issues, the defeat of the region’s most persistent violent groups will continue to be out of reach.