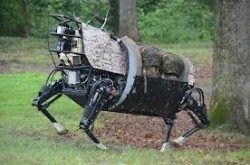 And when the people saw that Strategy delayed to come down from the mountain, the people gathered themselves together unto Convention, and said unto him, Up, make for us Purpose, which shall go before us. As for this Strategy, the man that brought us up out of the land of Defeat, we know not what is become of him.Convention said unto them, “Break off the golden epaulettes, which adorn the shoulders of your commanders, your assistants, and of your peers, and bring them unto me. And all the people brake off the golden epaulettes and brought them unto Convention. He received them and fashioned it with a graving tool, after he had made it a molten calf: and they said, These be thy Purpose, O People, which brought thee up out of the land of Defeat.

And it came to pass, as soon as Strategy returned from speaking to the true Purpose upon the mount, he came nigh unto the camp, that he saw the calf, and the dancing: and Strategy’s anger waxed hot, and he cast the mission objectives out of his hands, and broke them upon the rocks of the mountain. He took the calf which they had made, and burnt it in the fire, and ground it to powder, and strawed it upon the water, and made the people drink of it. It tasted like crow.

4-8 November is Sacred Cow week. Come down from the mountain and lay waste to the idols of convention you have seen that have been put before true purpose in strategy, military operations, tactics, or the broad diplomatic, legal, and financial processes necessary for maintaining maritime security!

Is the surface fleet standing in the way Submarines as a primary sea weapon? Are you an Army advocate unsure why the Marine Corps exists when the Army has more ships than the Navy? Are you a Marine who thinks, actually, no, why do YOU still exist, Army? Are you in the Navy wondering why those Army ships even exist? Are you in the Royal Navy and wishing you HAD some of those ships? Are you someone who wonders why some states even bother with separate branches? Do you think the global carrier building boom is misguided? Stealth Fighters, Dress Uniforms, Counter-Piracy, NATO, Electronic Charts, ASCM, basing… we are looking for corrections to what YOU think are our mistaken premises. 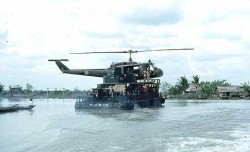 Where have the tactics gone? In his article at the USNI Blog, LT Rob McFall points out this deadly silence on a fundamental navy skillset. He suggests a combination of obsessions with certifications and a fear of breaching OPSEC as the culprits in the U.S. Navy. While I heartily agree with the former, I believe the problem goes much deeper; as a community, our mode of operation has changed our relationship with tactics for the worse.

The navy’s process-driven culture has changed the value of tactics to a junior officer in the fleet. In a process-driven organization, there is always a right answer. There is a correct form with a correct format for every fault. For the junior officer, boards become much the same process as any certification, and the tactical learning meant to accompany those boards is likewise transformed.  An “understanding and adapting” of tactics is replaced with the “memorization and application” of tactics. This becomes especially true with the dearth of training on enemy capabilities. The memorized lists of gouge are de-coupled from any real purpose when an understanding of an opponent’s capabilities does not accompany it. It is hard to discuss new tactics against an enemy one is unfamiliar with. Tactics become rote retention of the prescribed courses of action in the prescribed situations. Ideation is lost in behind the “proper answer.”

We also prioritize material condition and engineering over tactical proficiency. As most junior officers know, to gain a prized billet at a riverine squadron, as Naval Gunnery Liaison Officer, or even as an individual augmentee to Afghanistan, one must certify as an Engineering Officer Of the Watch. Such opportunities do not exist for officers qualified as Tactical Action Officers (TAO) or Visit, Board, Search, and Seizure (VBSS) Boarding Officers. While engineering is important, LT McFall mentions a “high-low mix” necessary to create a proper balance. In this case, that high-low mix would include conventional and irregular capabilities as show in TAO and VBSS respectively. Unfortunately, the emphasis on the engineering side is an absolute. This creates a situation where, at the end of their first division officer tours, many motivated junior officers gorge on engineering knowledge with no real option to pursue the “tactically oriented” high-end billets. This emphasis engenders natural career incentives against initial tactical pursuits in favor of engineering.

However, tactical innovation is not dead. At the junior level, there are still places where it gasps some breaths of life. Particularly, in higher-level security force schools like Ship’s Reaction Force-Alpha and VBSS. A constantly taught concept is “IBT”, or initiative-based tactics. The idea is that no choreographed tactic will save you, that mistakes will be made, and more important is the ability to quickly adapt and execute. Rather than memorizing a scenario’s worth of reactions, each boarding team member is given a set of capabilities and priorities to which he can apply them. It is a refreshing contrast to the checksheet mentality.

If the navy is to regain our original sense of purpose as warfighters, that appreciation of and incentive for tactical thought must be reclaimed. JO’s should be encouraged to actively question and develop tactics; boards for qualifications should value far more the ability to adapt capabilities and skills to scenarios, rather than merely repeat the approved responses. In the proper context, discussions on how and when to employ a ship in combat can be as engaging as discussions on taking down a room.

To create a systemic incentive for tactical thought, prime billets should also be offered to those who have accomplished first tour TAO qualifications or who have served extensively as VBSS boarding officers.The navy’s material conditions issues and need for engineering-oriented officers cannot side-line it’s end purpose, to build warfighters. No matter how well a weapon is maintained, knowing how to use it will always make the difference. 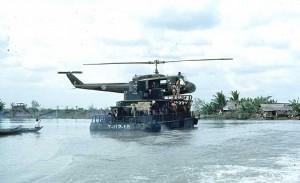 The last heyday of wide-spread tactical innovation in the U.S. Navy was during the Vietnam War’s riverine operations. A cunning enemy, a challenging environment, and a difficult mission did not give the black berets much choice in the matter. From interdiction operations to supporting delta amphibious movements to conducting flight ops on garage-sized boats, all and more showed an incredible level of adaption on the tactical and operational level. A navy in a time of relative maritime peace and stability must struggle against the institutional inertia it produces to find that hunger. We need to shake ourselves out of our comfort zone, because an ounce of that innovative spirit now will save a pint of blood later.