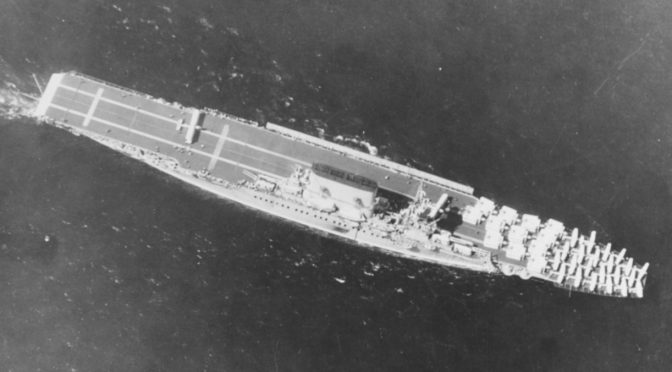 “All ships except those laid up will take part in exercises.”2

In the 1920s and 1930s the United States Navy had a problem. The fleet was almost completely comprised of ships that the Navy had never used in combat – the fleet’s last major combat actions were in the Spanish-American War. New classes of platforms that operated under the sea and in the sky threatened to even more drastically change naval warfare than the updates to battleships and cruisers since the last war.4 So the Navy ran a series of large-scale exercises with the goals of preparing the fleet for potential conflict, experimenting with new weapons and tactics, and refining operational plans.

These major exercises, some 21 in all, are unique in Navy history for several reasons. At first glance it is their scale that impresses, they often utilized every carrier and well over half of the battleships, cruisers and destroyers in the fleet for the duration of a single exercise measured in weeks, and that was conducted over thousands of miles of ocean and coastline.5 But upon closer inspection the appetite for innovation and tolerance for risk is even more impressive. Scenarios were truly free-play and designed so that the ‘blue force’ was often likely to lose and fight significantly shorthanded from the beginning.

The Navy conducted Fleet Problems across the Caribbean and the Pacific from Mexico to Alaska and Hawaii to Puerto Rico, with the last Fleet Problem held in 1939. By WWII virtually every senior leader in the Navy had participated in one problem or another either as a direct participant or as a planner. But these Fleet Problem exercises have not often received as much attention as other naval developments during the interwar period like arms limitation treaties and technological changes but the exercises were similarly if not more important in preparing the U.S. naval service for the Second World War.

In 1923, the U.S. fleet conducted Fleet Problem I off the coast of Panama. At the time, the fleet was organized in a way where all of the vessels in the Navy fell under the operational command of the Commander-in-Chief United States Fleet, Admiral Hilary P. Jones. Jones was able to pull ships based in the Atlantic, Caribbean, and Pacific for the exercise or simply “maneuvers” as they were known. The exercise force divided into two parts referred to by color. Each iteration was blue against another color. Blue represented the United States, orange for Japan, red for Britain, and black for Germany. But in the 1920s political developments quickly made clear that the primary naval threat was orange. The Navy even went so far as to transpose Pacific geography on the Caribbean for some of the exercises with Japanese ports in the Windward Islands and the Panama Canal standing in for Manila and Corregidor. The first Fleet Problem focused on defending the Panama Canal from attack and it was scored as a resounding defeat for the defenders – the blue force. But the exercise was considered a major developmental success in that it led to critical assessments like the need to improve fleet communications, especially with aircraft and submarines to coordinate complex maneuvers.6

The exercises were designed to challenge and expand the thinking of the participants – they were not simply Mahanian duels of the battle line. They included, by modern definitions, both hybrid warfare and irregular warfare. The first Fleet Problem started without a formal declaration of war by the aggressor – foreshadowing the Japanese attack on Pearl Harbor nineteen years later.7 In the third Problem one of the fleets sent an intelligence officer undercover as a journalist to place notional bombs at fuel depots and key canal control installations and obtained a schedule for the opposing fleet’s transit of the canal.8 In the fifth Problem the blue fleet received an “intelligence bonanza” after cracking the codes used by ‘black.’9 The exercises were also coupled with diplomatic initiatives and often ended with grand reviews of the fleet – huge public relations boons for the Navy.10

The Fleet Problems were often joint – combining land and sea-based forces (the Air Force did not yet exist as a separate service) and challenging commanders to decide which of their forces were the best to achieve their objectives. For example, during Fleet Problem III in 1924, 1,700 Marines landed under cover of night and seized Fort Randolph – a Army Coastal Defense fortification on the Atlantic side of the Panama Canal. Quickly overrunning the defenders, they moved on to seize a nearby submarine base and naval air station. The umpire for that part of the exercise proclaimed “The problem has conclusively shown that a Marine Expeditionary Force is a powerful weapon for a Commander-in-Chief engaged in any such operation…”11 In the next Problem the Marines employed an amphibious tank for the first time in their assault on the island of Culebra.12 The maneuvers also included significant notional, or as they were called at the time ‘constructive’ land forces to generate developments on land that would influence the play of the problems at sea. One Fleet Problem included a constructive expeditionary force of 150,000 soldiers.13 This jointness forced naval leaders to expand their thinking to include expeditionary operations and to try and adapt their tactics to leverage the advantages of land-based aviation and forces. This made for essential training for what would later be the island-hopping campaigns in the Pacific.

The Fleet Problems helped drive innovation in the Navy and gave naval leaders and Congress the information they needed to design a modern battle fleet. Some of the early lessons were the inability of legacy submarines to keep up with the battle line – leading to the development of faster and larger ‘fleet’ submarines. The Fleet Problems also led to the requirement for supply ships capable of cruising at twelve knots or faster. It was during maneuvers in 1924 that the Navy first employed the “riding abeam” or  the broadside method for underway replenishment.14 In the 1930s that the Navy developed the concept of “carrier task forces” and proved that carriers can operate most effectively and magnify their offensive combat power when separate from the fleet.15 Conservative thinking argued that aircraft were better employed defensively or as spotters for battleship guns but this was ultimately rejected based on experiences from the Fleet Problems. Repeated experiments and exercises eventually created a naval air arm that “became the principal means of naval strike by the end of the war…”16 The experiments were field by live-fire against target ships and the use of dummy bombs against specially modified ships covered in wooden planking. It is worth noting that in the Fleet Problems alone the U.S. conducted more mock air attacks on ships than were actually conducted by all combatants in the First World War – and sunk in training about half as many large warships as were sunk in the war.17 It was this experimentation that laid the groundwork for the Navy to develop an unmatched naval air arm during the Second World War.

The maneuvers were a significant undertaking – requiring months or a year to plan. For support in designing and in assessing the Fleet Problems, leaders relied on the Naval War College in Newport, Rhode Island. During the months between problems the Naval War College also ran many sophisticated wargames that continued the practice of innovation and experimentation at a much lower cost. The games also contributed directly to the refinement of the operational plans for war in the Pacific. The wargaming was so intensive and exhaustive that Admiral Chester Nimitz would later glibly state that the Newport war games had predicted almost every event during the Pacific campaigns of the Second World War.18 The Fleet Problems were also effective because they were mostly public, and naval leaders presented the conclusions directly to Congress. They were also covered in the press, helping exercise conclusions influence budgetary decisions in the most direct manner.

Today, like during the interwar period, the Navy is trying to reimagine itself and operationalize new technology and new concepts. The integration of several classes of unmanned surface vessels and aerial systems again will mandate changes in the tactics and operations of naval forces. The U.S. Pacific Fleet Commander, Admiral Scott Swift, wrote last year that the Pacific Fleet is trying to use the Fleet Problem model for exercises, albeit on a much smaller scale, yet still they have been a resounding success.19 Other commentary in the pages of Proceedings and the Center for International Maritime Security (CIMSEC) have also called for the Navy to revisit the large-scale free play exercise of the 1920s and 1930s.20, 21 The Navy should look back on the high-priority it placed on innovation and experimentation during the Fleet Problems. Certainly, the Navy did not have the readiness problems or operational commitments then that it does now, and today’s fleet shoulders a significant humanitarian and constabulary commitment. But the value of doing large-scale exercises to prepare for war must be appropriately weighed against the myriad variety of demand signals.

The Fleet Problems were not easy to facilitate in their own time. The Interwar Navy was much smaller and more fiscally constrained with only about 90,000 men and dealt with especially severe Great Depression-era budget cuts.22 Stringent naval arms limits after the First World War meant that some of the Navy’s newest and most technologically advanced ships were scrapped or sunk as targets to keep the service within treaty limits.

Innovation and experimentation are never free and rarely cheap, but the Fleet Problems of the Interwar Navy offer a successful case study of how to go to sea to prepare for war even with limited resources.

Walker D. Mills is an active duty Marine Corps infantry officer. He is currently assigned to the Defense Language Institute in preparation for an exchange tour in Colombia. These views are presented in a personal capacity.